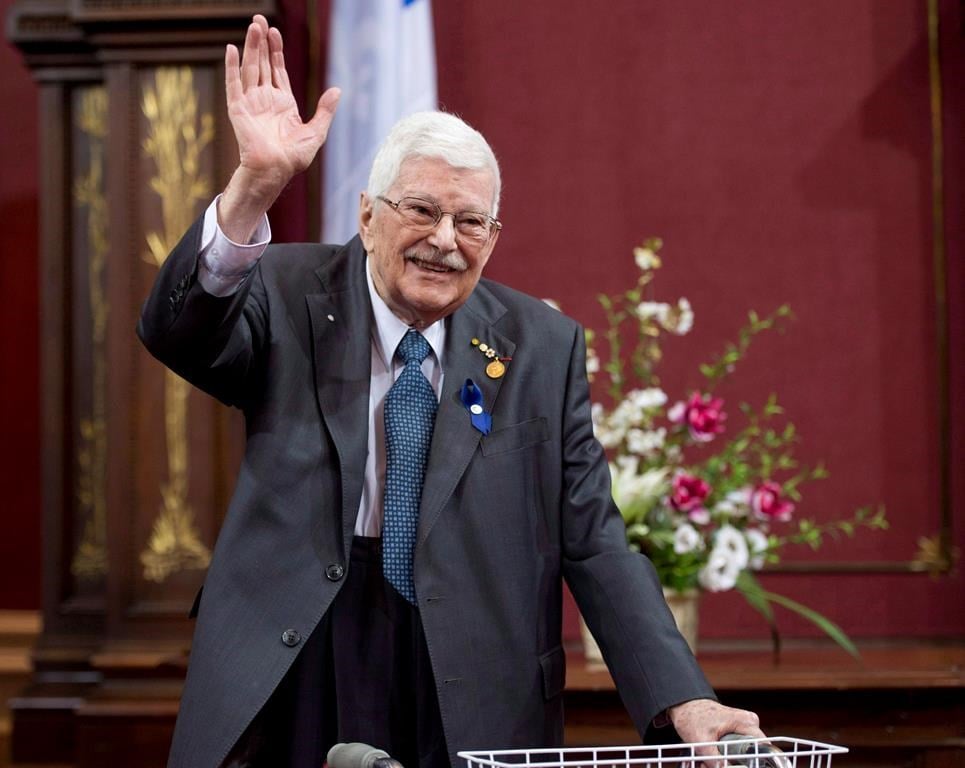 Former Quebec education minister Paul Gerin-Lajoie waves as he receives the George-Emile-Lapalme award at a ceremony for Les Prix du Quebec, on Nov. 12, 2013 at the legislature in Quebec City. File photo by The Canadian Press/Jacques Boissinot
Previous story
Next story

Paul Gerin-Lajoie, a key architect of education system reforms in Quebec during the 1960s, has died at the age of 98.

The foundation he created in 1977 says he died on Monday surrounded by his family.

Gerin-Lajoie was Quebec's first education minister from 1964 to 1966 in the government of Jean Lesage.

He launched a vast survey of education in Quebec and its findings led to a new school system that included free public education, an obligation to attend school until age 16, the establishment of the CEGEP system and an improvement in teacher training.

Born in 1920 in Montreal, Gerin-Lajoie was one of the first Quebecers to win a Rhodes Scholarship in 1938, at the age of 18. He went on to lead the Canadian International Development Agency (CIDA) from 1969 to 1977 and was later appointed president and CEO of the Old Port of Montreal Corporation.

"(His) immense and historic contributions to public life and education — in Quebec and around the world — helped build a brighter future for so many young people, and our society is stronger for them."

Gov. Gen. Julie Payette tweeted that Canada "has lost a great a man with the passing of Paul Gerin-Lajoie. Generous and engaged, he left an extraordinary legacy."