Six dead in Montreal as much of Canada remains under blanket of hot, humid air 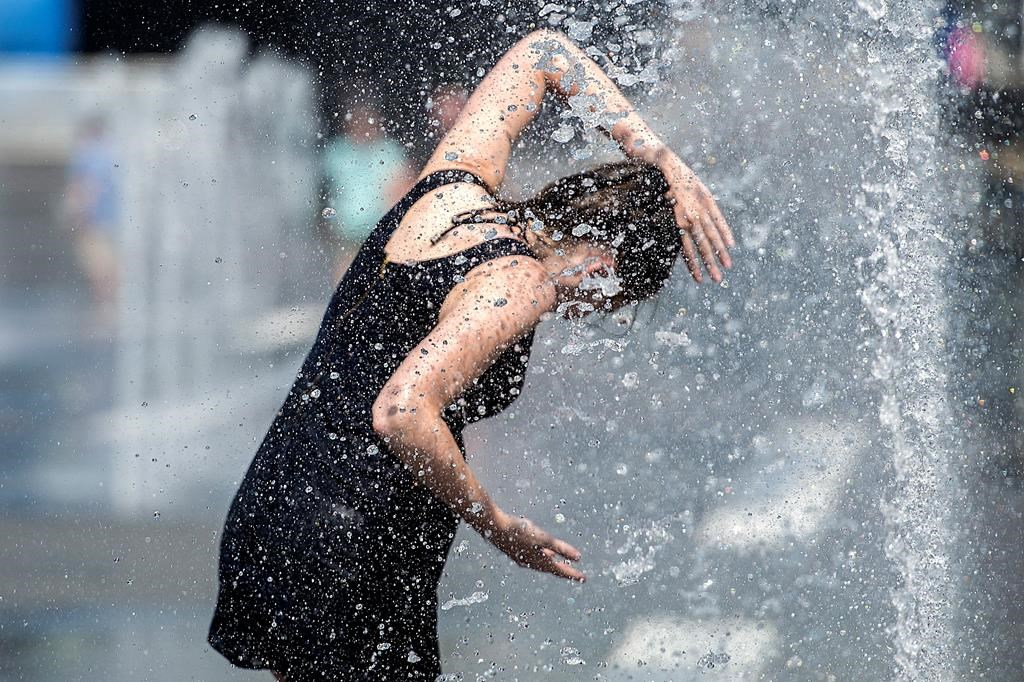 A woman cools down in a water fountain as she beats the heat in Montreal, on Monday, July 2, 2018. Photo by The Canadian Press/Graham Hughes
Previous story
Next story

Montreal health officials are blaming the heavy heat and humidity for at least six deaths in recent days.

Dr. Mylène Drouin told a news conference today the deaths have been investigated and are linked directly to the heat wave.

Drouin says the victims fit the profile of people authorities describe as at risk: those with chronic illness or mental-health problems, people who live alone and people without air conditioning at home.

She says there has also been a rise in the number of calls to ambulance services in recent days and that the city wants to avoid what happened in 2010, when intense heat claimed 106 lives.

In the Eastern Townships region southeast of Montreal, four deaths are under investigation to determine if they are related to the extreme heat. Authorities were expected to provide more details on Wednesday morning.

The oppressive weather has enveloped much of Central and Eastern Canada since the Canada Day long weekend.

Environment Canada says humidex readings were to be in the 40 Celsius range today from southwestern and northeastern Ontario through southern Quebec and into the Atlantic region.

The weather agency says a "very warm and humid air mass" has settled over the Maritimes and above normal temperatures and humid conditions will stick around into Thursday. Maritime temperatures are expected to return to seasonal normals for the weekend.

A hot and humid air mass is also entrenched over southern Quebec, with Tuesday's highs expected to be in the low 30s with a humidex reading between 35 and 40 C, also through Thursday.

Southern Quebec was rocked by violent storms on Monday, leaving thousands of homes and businesses without electricity, or air conditioning. Most of the outages were in the Outaouais region of western Quebec in addition to areas north and northeast of Montreal.

Environment Canada said much of southern Ontario, including Toronto, also remains under a heat warning, with a humidex reading of 43 expected on Tuesday. The extreme heat was expected to ease off on Friday with the passage of a cold front.

In western Alberta, meanwhile, the problem is rain and lots of it.