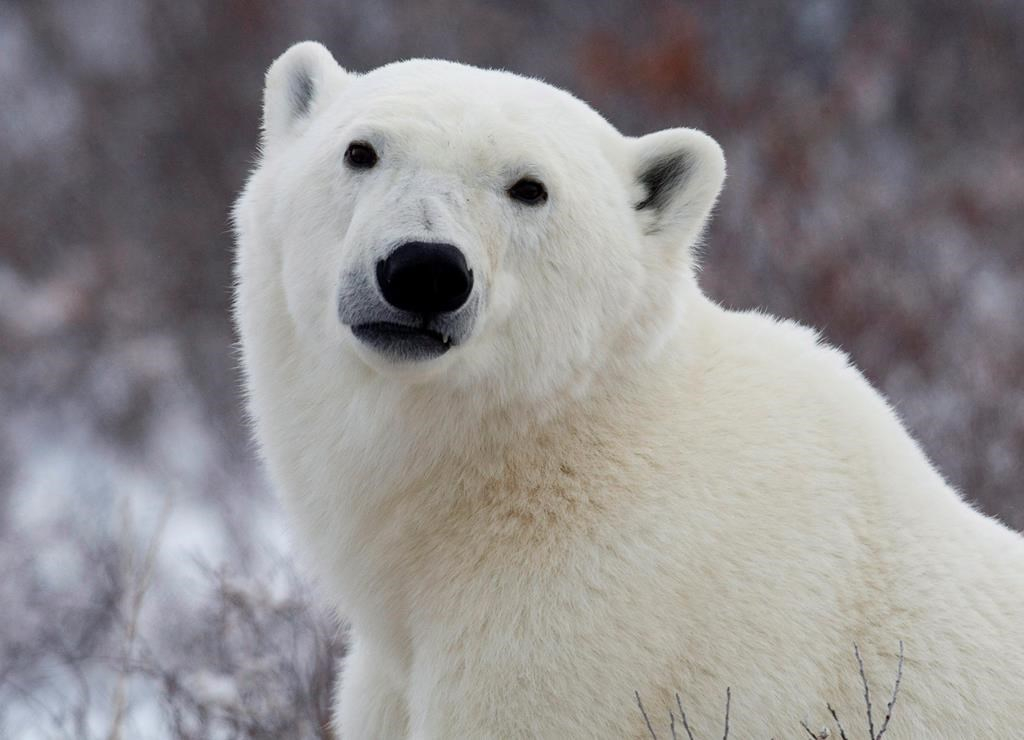 A polar bear poses for the camera as he waits for the Hudson Bay to freeze over near Churchill, Man. on Wednesday, Nov. 7, 2007. Photo by The Canadian Press/Jonathan Hayward
Previous story
Next story

A Nunavut man died this week while protecting his children from a rare polar bear attack.

RCMP say Aaron Gibbons, 31, was on an island about 10 kilometres from the hamlet of Arviat, along the west coast of Hudson Bay, on Tuesday afternoon when the bear attacked.

"He was enjoying his day with his children," said Gordy Kidlapik, Gibbons's uncle. "They were surprised by a bear that had started to stalk or charge toward one of his children.

The children, described as elementary school age, made it safely to the boat. One of the girls called for help on the CB radio.

"We actually heard the call for help," said Kidlapik. "It was terrible to listen to."

Gibbons was pronounced dead at the scene.

Kidlapik said his nephew would have had a rifle with him.

"That island, you know, it's one of the places where there will be bears. It's normal to walk around with a rifle."

RCMP said Gibbons didn't have his rifle immediately to hand when the bear attacked. They said the bear was shot and killed by other adults on what is known as Sentry Island.

Kidlapik said many in the hamlet stood on the beach Tuesday night under the midnight sun as Gibbons's body was brought home.

"There's never been a mauling this serious since I started going out. It's the first mauling that I know of."

Dan Pimentel of Nunavut's Environment Department said the last fatal polar bear mauling was in 2000 near Rankin Inlet, about 200 kilometres up the coast from Arviat.

Pimentel said little information was immediately available as to the bear's condition at the time of the attack.

"That will have to wait until our conservation officers get there and are able to examine the bear. There's only limited information you can get right away as to the health of the bear."

Arviat is considered to be in the range of the Western Hudson Bay polar bear population, estimated in 2016 to number about 840. The Polar Bear Specialist Group, an international body of experts, says that number is stable although it notes declines in body size and condition.

The hunting quota for local bears has steadily increased to 38 this year from 28 in 2016.

The Kivalliq Wildlife Board has said that bear-human encounters are growing.

Western Hudson Bay is estimated to be losing up to five days of sea ice cover per decade. The bears depend on the ice as a hunting platform.

A 2017 report from the U.S. Fish and Wildlife Service on bear attacks found 73 recorded predatory attacks and 20 fatalities between 1870 and 2014, although that list is likely to be incomplete.

Nearly two-thirds of the attacks were by young adult bears who were starting to starve. Nearly nine in 10 attacks occurred between July and December when the sea ice was at its lowest.