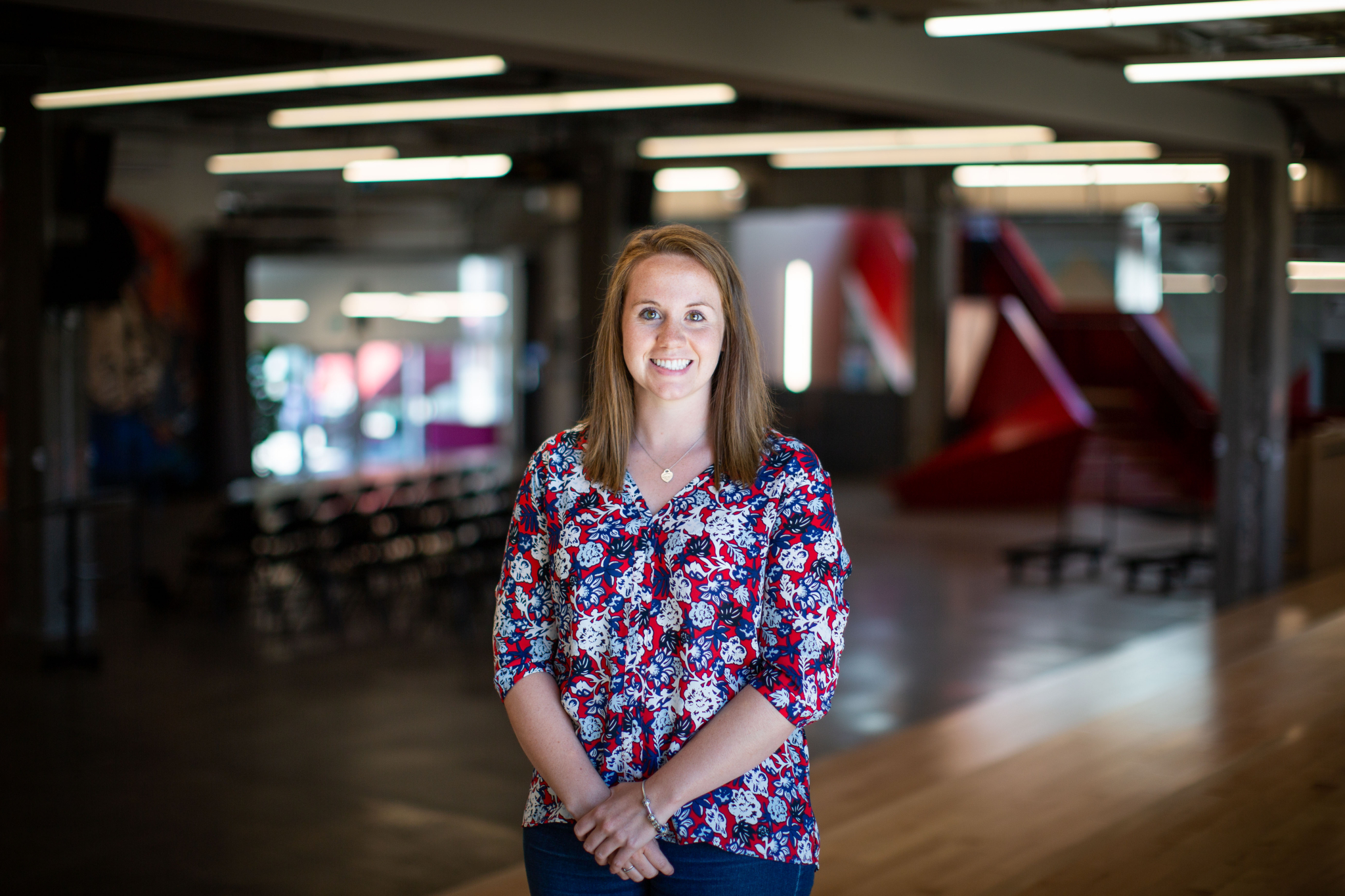 Welbi co-founder Elizabeth Audette-Bourdeau, seen here in her Ottawa office on July 17, 2018, was a recipient of the Women Founders Fund in 2016. Photo by Alex Tétreault
Previous story
Next story

Ottawa businesswoman Elizabeth Audette-Bourdeau is bracing for an uphill climb.

So far, she has secured grant money to get her company off the ground, but she knows the path to a prosperous startup is long and winding, especially for female entrepreneurs.

Women represent 47 per cent of business owners in Canada, but according to data from SheEO, a Toronto-based organization that supports women entrepreneurs, their companies receive only four per cent of available venture capital.

It's an imbalance innovators like Audette-Bourdeau hope to see corrected one day, but remains a looming obstacle for the time being.

"I’d say that up to now, we haven’t faced that challenge, but I am aware that it will probably be a challenge in the future as there are a lot of statistics about how hard it is for female-led businesses to raise money," she said in an interview.

"That's definitely something we'll have to get ready for."

Audette-Bourdeau is the co-founder and CEO of Welbi, which provides user-friendly software to seniors that connects them with loved ones, new friends and activities in an attempt to reduce social isolation. Welbi's artificial intelligence technology also automates processes to boost staff efficiency while providing valuable insights that can be used to increase occupancy rates and retention.

The company has been relatively successful to date, and in the near future, Audette-Bourdeau plans to expand Welbi's presence in Canadian retirement homes and break into the American market as well.

Audette-Bourdeau was inspired to start Welbi in the wake of her grandfather's illness. He needed personal care every day, but because her family couldn't afford it, they looked after him all but day per week. He died a few months later of a stroke, inspiring to her to create an app that will help people keep an eye on those closest to them.

Four years later, Audette-Bourdeau has already leaped over what research suggests is one of the biggest hurdles for women who build their own companies — accessing cash in the early stages.

"... (The fund) is adapted for them and they will have a better chance than if they apply to a fund that is open to everybody," she explained. "And in terms of advantage, it’s also great to get the recognition that comes out of the fund.

"For example, all the recognition that we got and all the media coverage that we got out of that fund really helped to grow Welbi, and get the brand recognition out there, and also get everybody to know that it is a female-led company and we are there to succeed."

The Women Founders Fund, offered in partnership with Startup Canada and Evolocity Financial Group, provides pre-seed companies with a one-time offering of up to $5,000 to support their operations or growth opportunities. Recipients will be featured on StartupNews.ca and secure a guest-spot on THRIVE Podcast for Women Entrepreneurs, along with a VIP pass to Startup Canada Day on Parliament Hill in the fall.

In the past, the fund has supported a variety women-led companies in the fields of science, technology, engineering and math. Examples include Eve Medical, which provides women's health screening kits, Awake Labs, which uses artificial intelligence to care for brain and mental health disorders, and SportFitz, whose software measures and monitors impacts to the brain.

"Women have got a lot of innovative ideas and businesses that they bring to the table that I think are important to support," said David Souaid, co-founder and president of Evolocity. "The fact that so little money is going into those businesses, to me, identifies a bit of an unconscious bias that exists, and we’re hoping to level the playing field here a little bit."

Reaching gender parity in the world of business

Gender inequity in the world of employment and business, including the wage gap, has been thrust under the spotlight in Canada this year, with nine of the 2018 federal budget's 11-page introduction having been dedicated to the importance of supporting women and girls.

As it stands, average income for women in Canada is $28,120, compared to $40,890 for men — a difference of 31 per cent — and while women account for nearly half of the Canadian workforce, they only represent only a third of senior managers and one in 20 CEOs.

In February, a report by the Canadian Centre for Policy Alternatives revealed that there are more men named Paul or Brian on Canada's list of highest paid executives than all women combined, and men named James and David had increased on that list faster than all Canadian women.

Jill Earthy, board chairwoman of the British Columbia-based Women's Enterprise Centre, which supports women who are starting and scaling their own ventures, said access to funds could help seal these gaps.

"The people making the funding decisions? There are very few women at the helm of that," she explained. "But It’s two sides — are women asking for the funding?"

Women "aren't always great at asking for help," said Earthy, as they sometimes strive for perfection or steer away from boastful self-promotion. It doesn't help, she added, when the panel of decision-makers they're asking for financing from lacks the diverse perspectives of women, or makes decisions based on non-inclusive ideas of success.

"The root of the problem, in some ways, is the definition of success," she told National Observer. "When you look at, like a unicorn, to grow fast and access a lot of capital — that’s how traditionally success has been defined."

A 'unicorn,' in the realm of finance, is a privately-held startup company that is valued at more than $1 billion.

"That (definition of success) doesn’t always resonate with women entrepreneurs," she said. "Now there’s a new opportunity to change that, to create new models and new definitions of success, and that’s where it’s important to share the stories of different types of companies."

In its 2018 budget, Ottawa committed new dollars to improve gender parity in the workforce, startup and corporate worlds. Over five years, the federal government will spend an additional $20 million to help women enter and succeed in the trades and $32 million to create career pathways for visible minorities and women who are new to Canada. The package also adds $105 million over five years to the coffers of regional development agencies that support investments in women-led businesses, and $1.4 billion over three years in new financing for women entrepreneurs through the Business Development Bank of Canada.

The federal government is also expected to introduce pay equity legislation in the fall that would apply to federal employers with 10 or more staff members, set out timelines for implementation, have independent oversight, and include seasonal, temporary, part-time and full-time work.

Editor's note: This article was updated at 1:08 p.m. ET on July 19, 2018 to correct the spelling of David Souaid. An additional clarification to the description of Welbi's software was also added at 6:43 p.m. ET.