By Associated Press in News, US News, Politics | July 20th 2018
#841 of 1249 articles from the Special Report: Race Against Climate Change 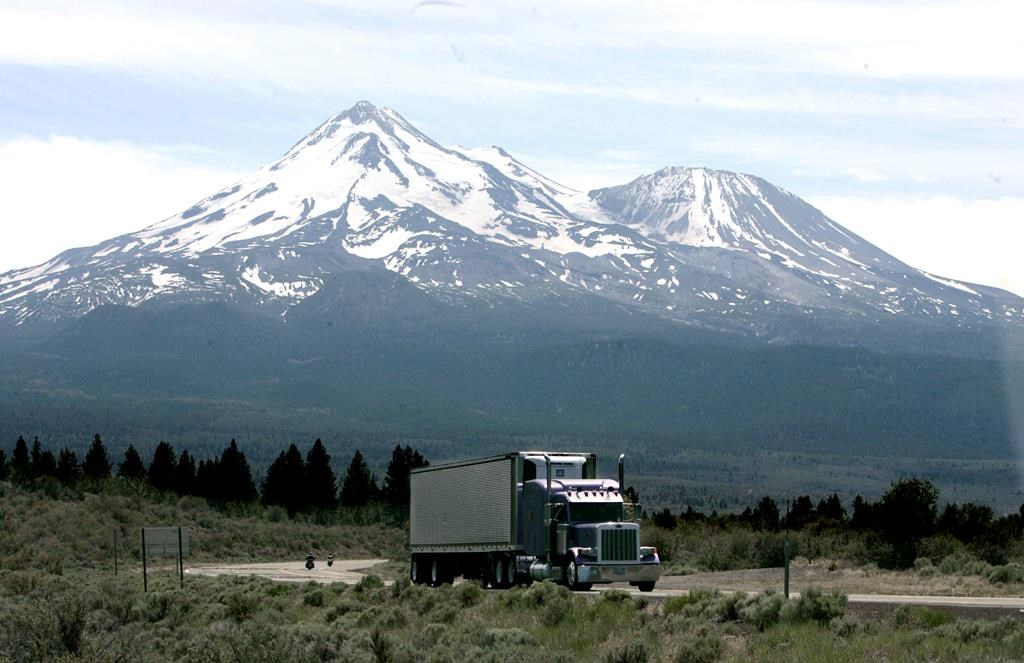 In this June 19, 2008, file photo a truck drives past Mount Shasta near Weed, Calif. File photo by The Associated Press/Rich Pedroncelli
Previous story

California and 14 other states sued the U.S. Environmental Protection Agency Thursday over its decision to suspend an Obama-era rule aimed at limiting pollution from trucks.

The EPA said it does not comment on pending litigation.

An EPA official said in a memo that the suspension was in the public interest to avoid disruption to small businesses that make the trucks.

Former EPA Chief Scott Pruitt had called the Obama administration's ban on the dirtier truck engines an example of regulatory overreach that "threatened to put an entire industry of specialized truck manufacturers out of business."

The Obama administration said pollution from the retrofitted trucks could lead to 1,600 early deaths each year.

"As EPA administrator, Scott Pruitt's job was to act as out country's chief environmental prosecutor," California's attorney general, Democrat Xavier Becerra, said in a statement. "At every turn — even until the bitter end — he failed to carry out this important duty and instead put the profits of major polluters above the health of our families."

The D.C. appeals court has already blocked the suspension of the rule temporarily in a separate lawsuit filed by environmental groups, according to Becerra.

Everyone knows that the

Everyone knows that the trucking industry is heavily, in theory, regulated. Everyone who has travelled on the Interstate highway system knows just how extraordinarily important truck transport is to the functioning of our economy - and by extrapolation, everyone should also realize how essential it is to both the industry and to those who depend on it that it function smoothly, efficiently and with health and safety foremost in mind. It does no one any good for the drivers to be undertrained, under monitored, unhealthy or overstressed. None of us can afford the consequences if the vehicles themselves are faulty, inefficient, spewing toxins and greenhouse gases. Neither the oil/gas barons, nor the trucking businesses will derive any benefit in the long term if their products and services are destructive to the humans who share the roads and those who have to breath their poisons.
Short term political games playing with trucking regulations is a fools gamble.

I completely agree. It's one

I completely agree. It's one of a number of initiatives intended to lessen control of industries that would lower water and air quality, with harmful consequences to wildlife as well as to domestic animals and humans.