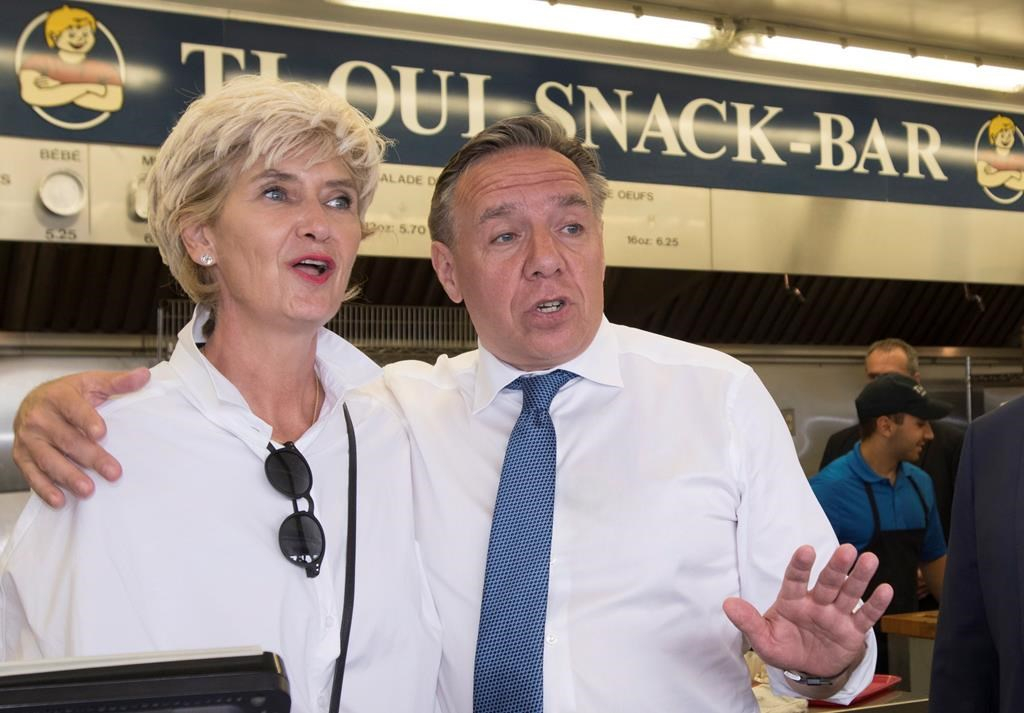 The Coalition Avenir Quebec has boasted that it will have more women than men running in the provincial election campaign — a big change for the party, which opinion polls suggest is leading the governing Liberals.

The CAQ says it will have 65 women and 60 men seeking office on Oct. 1, which it claims is the highest percentage of women candidates ever attained by a Quebec political party.

"I think it's important that all parties present as many women as possible," CAQ leader Francois Legault said Saturday during a campaign stop just outside Montreal.

"I've already said that if I'm chosen on Oct. 1, we'll have a cabinet where half of the members will be women."

In the past, the CAQ had the lowest percentage of women candidates among the main political parties. During the last provincial election in 2014, only 21 per cent of its candidates were women.

The only party that has come close to the CAQ's new gender balance is the small, nationalist Quebec solidaire, which typically runs about 63 female candidates in provincial elections. One of that party's two co-leaders is a woman, but the party only had three seats in the legislature at dissolution.

The Quebec Liberal party had nominated 49 women candidates as of Aug. 25, representing 44 per cent of the 116 candidates that have already been chosen by the governing party.

On the campaign trail, Liberal leader Philippe Couillard promised to open 25 additional "super clinics" if his party is re-elected. He made the commitment in the Quebec City region on Saturday, the third day of the campaign.

During its previous mandate, the governing Liberals promised to open 50 super clinics, and 49 of them are now in operation. The clinics are open seven days a week, 12 hours day, and offer a broader range of services than typical family medicine groups.

Couillard claimed the number of low-priority visits to hospital emergency rooms for minor ailments has dropped by 75,000 thanks to the super clinics.

"I see no other explanation," he told reporters on Saturday.

The Liberal leader also promised to amend the law to allow pharmacists to administer vaccines to children.

"You can count on the fact that all the basic vaccines that you have in your child's calendar will be possible to get at the pharmacy," he said.

Couillard also said that to make life simpler for parents, a second health insurance card will be supplied for children under the age of 14.

He said that a PQ government would promote the installation of rooftop greenhouses, but added it would only apply to new construction.

Lisee also criticized Legault for his proposal to raise the legal age for cannabis use in Quebec to 21 from 18.

"The reality is that most of the weed bought in Quebec today is by people between the ages of 18 and 21," Lisee said on Saturday.

"The CAQ position is that they should keep going to organized crime to buy their weed."

The PQ leader said his party's position is that users should go to the stores being set up by the Quebec government to get their supply.