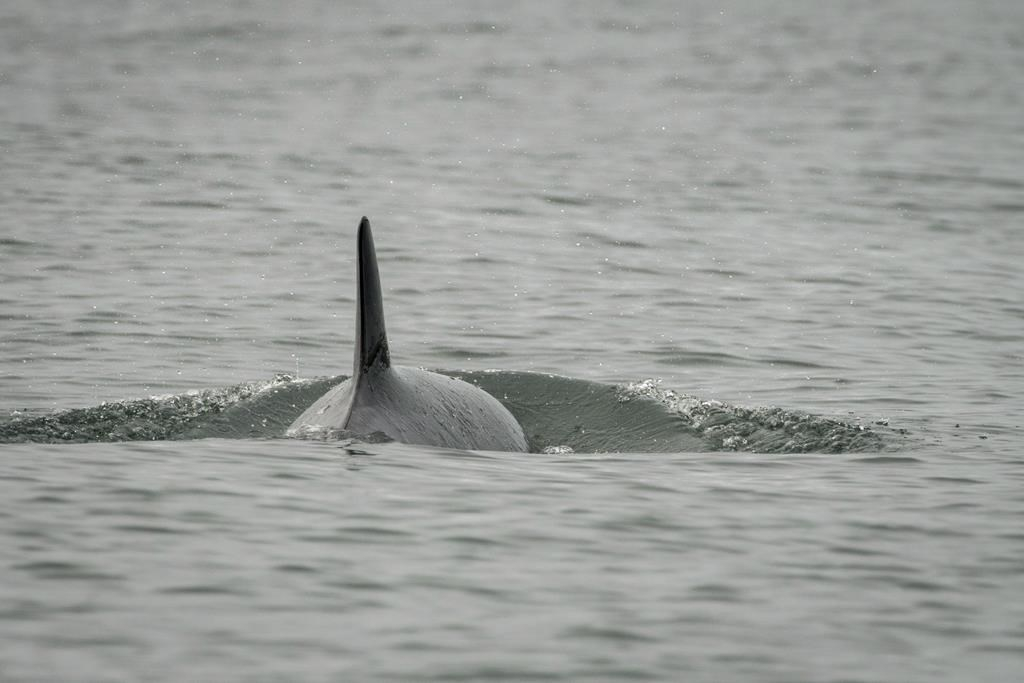 Scientists who are trying to treat an ailing killer whale in the Pacific Ocean off Washington state are looking at injecting the animal with a second dose of antibiotics and another drug.

For the past few weeks, the endangered female killer whale, called J50, has been at the centre of an international rescue effort. She was last spotted Friday.

A veterinarian was able to dart J50 with a broad-spectrum antibiotic on Aug. 9.

Michael Milstein of the National Oceanic and Atmospheric Administration in the United States said biologists described the whale as skinny, underweight and emaciated.

"In the most obvious sense, she's not getting enough to eat. She's not getting enough nutrition. That's the fundamental problem," he said in a telephone interview Monday. "But whether that's caused by the fact that she's weak and she's not able to forage, or because perhaps she also has some type of infection or other condition that's affecting her … we don't know those specifics."

Martin Haulena, a vet with Vancouver Aquarium who fired the antibiotic-filled dart at J50, said veterinarians usually rely on definitive methods for diagnosing an animal, such as blood work, ultrasounds and looking at the animal up close. But those methods are not possible with J50, so coming up with a definitive diagnosis is difficult.

In these kinds of cases, treatment is based on how the animal looks, samples collected from her blowhole, fecal samples, historical data and diseases that usually affect killer whales in that area.

"I think this animal has had something going on with her that's quite complicated and it's just very, very hard to work without a diagnosis," Haulena said.

Scientists have a treatment plan

But scientists and vets do have a treatment plan in mind. Haulena said the priority for treatment would be to give J50 a second dose of antibiotics and a deworming drug.

Milstein said it is not uncommon for marine animals to have worms. In the case of J50, the question is whether they are affecting her differently because she is weak.

The plan this time, he said, is to use a collar needle, which is a type of dart that has a small ridge around the needle so it's embedded in the animal long enough to deliver a full dose before it falls out.

One of the other treatment plans is to put medicine in Chinook salmon and deliver them to the pod. The method was tried once before but J50 didn't eat the fish.

Haulena said capturing J50 and treating her before releasing her hasn't be ruled out.

In 2002 an orphaned northern resident killer whale known as Springer was captured and moved. The two year old was found in Puget Sound near Seattle, ailing and separated from her pod.

J50 is part of the endangered southern resident population, which has just 75 members remaining.

The silver lining to all the attention on J50, Milstein said, is that people are becoming more aware of the problems whales face.

"It's very disconcerting," he said. "And that's something where there's not an easy fix for it."