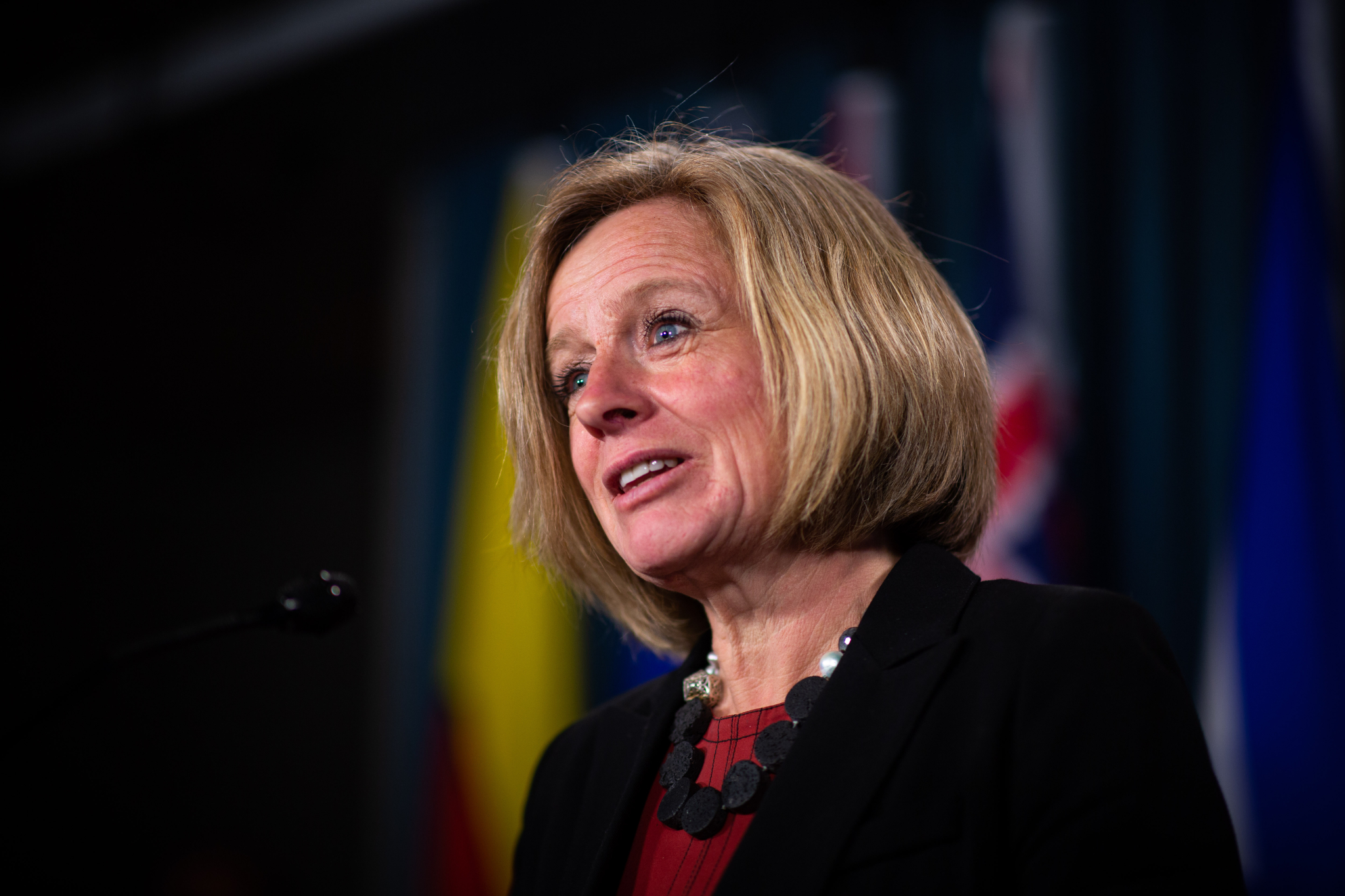 Alberta Premier Rachel Notley has vowed to "engage ferociously" if the federal government slips on the promised timeline for a new review of the embattled Trans Mountain expansion project.

The federal government gave the National Energy Board (NEB) 22 weeks to deliver a new report on the proposed pipeline, this time including the impact of increased tanker traffic on the West Coast.

At a press conference in Edmonton following the news, Notley said Alberta would not rejoin the national climate change plan until the Trans Mountain pipeline is built. She pulled Alberta out following the Federal Court of Appeal ruling that halted the project on grounds that consultation with First Nations had been inadequate, and Prime Minister Justin Trudeau's cabinet had made its decision without considering all the evidence.

"We will not tolerate any legal game-playing. We will hold Ottawa's feet to the fire," Notley promised. "We will campaign like never before to continue our work winning the hearts and minds of Canadians in a fight we are already winning."

Alberta Premier Rachel Notley responds to news that the federal government has ordered a new Trans Mountain expansion review on Fri. Sept. 21, 2018 in Edmonton. Video from Notley on Facebook

Asked how her government intends to put pressure on Ottawa, the premier said it will campaign across the country to ensure working people outside Alberta understand the urgency of the issue as much as Albertans do, and to strengthen the voices in "areas the federal government has to listen to." It's a tactic she has previously used in her efforts to convince Canadians of the project's national interest.

Premier Notley said her government will "hold Ottawa's feet to the fire" to ensure there is no deviation from the 22-week timeline on a #TransMountain #NEB redo.

Notley said her government will watch the NEB process closely, examining the submissions other parties make and how the board responds to them. If her government suspects there is any "legal game-playing" at hand, she said it will use a suite of tools she was unwilling to disclose during the conference.

"Our immediate purpose is to get construction resumed," she explained, adding that an appeal of the federal court's decision is in no way, shape or form the best tool to do so. "It would take far too long and it's unpredictable. There's a way to work with the court decision that's in place, so that's the better route."

"We take note of the fact that the court said much of the work has already been done, but much more needs to be done," Notley said. "But the NEB process is the part that has been our concern, that it be used as a forum to play legal games to drag it out indefinitely."

Notley called the 22-week deadline "reasonable," but promised to "engage ferociously" if the timeline starts to slip. Her government, she said, would have liked to see a legislative approach to addressing the NEB process, one that protects the pipeline expansion from "any further intervention by the courts."

The federal government has yet to explain fully how it will make up for its constitutional failure to consult First Nations impacted by the pipeline expansion.

Every word out of this

Every word out of Premier Notley’s mouth sends the NDP deeper into a hole from which it will have a harder and harder time getting out of. Any mention of an NDP environmental policy should henceforth draw gales of laughter.

Oh dear, I had such high

Oh dear, I had such high hopes for Ms Notley and her groundbreaking NDP government - but they have turned out to be just as susceptible to the lies and threats of the fossil fuel industry as their predecessors.

Now Ms Notley has turned into the embodiment of a cornered, snarling wild animal (I almost used the usual phrase - cornered rat - but that is unfair....) knowing it is doomed but fighting to the last breath. I certainly don't look forward to her defeat by the smirking scrooges of the usual Alberta governments and I loudly lament Ms. Notley's apparent inability to turn Alberta's industrial talents and abilities to the "green" energy sector.
But, "thar she goes", Canada's most enslaved province - back into the piratical hands of Big Oil.

Hmmmm.... and what if the NEB turns the project down?
She seems to be assuming a rubber stamp approval.

And what about the

And what about the consultations with First People, when again they say NO

We should all know political

We should all know political posturing when we see it...we see it often enough. What is disturbing, and should disturb all of us.....is the tax money that gets spent 'advertising' for these ill advised projects. Adverts in eastern papers for support for KM??? How exactly does the NDP think that is going to be more effective than Alison Redford's profligate use of Alberta tax dollars to advertise in Washington and New York for the Keystone XL??? It might convince the busy and the ill informed that something is happening, but it doesn't engage support............or de-activate the people opposed to these projects on the ground.

So be as ferocious as you like. Propaganda isn't Action. The real difficulty is convincing the people on the ground, that their ground won't be trashed by projects propaganda tries to sell as win, win, win. Given the nature of Alberta's heavy oil, that might be difficult.

It is pathetic to see a

It is pathetic to see a politician so determined to serve the interests of Big Oil at a time when its sun is setting, and the integrity of politicians generally is in so much disrepute.... https://canadianviews-ymo.ca/canadas-politicos-feathering-their-nest/

Notley has shot herself in

Notley has shot herself in the foot over and over again on this issue. No matter what she says or does it will never be enough to satisfy the oil cartel and its supporters in Alberta. On the other hand,she has lost all credibility with voters who thought they were electing a progressive government with new, bold ideas and just got more of the same. No matter how you slice it, she's toast.

Canada has a modern R & J

Canada has a modern R & J love story which will quite likely end as tragically as did Shakespeare although probably not in a tomb. Rachel and Jagmeet will together destroy what Tommy and the CLC created. Star crossed lovers indeed.