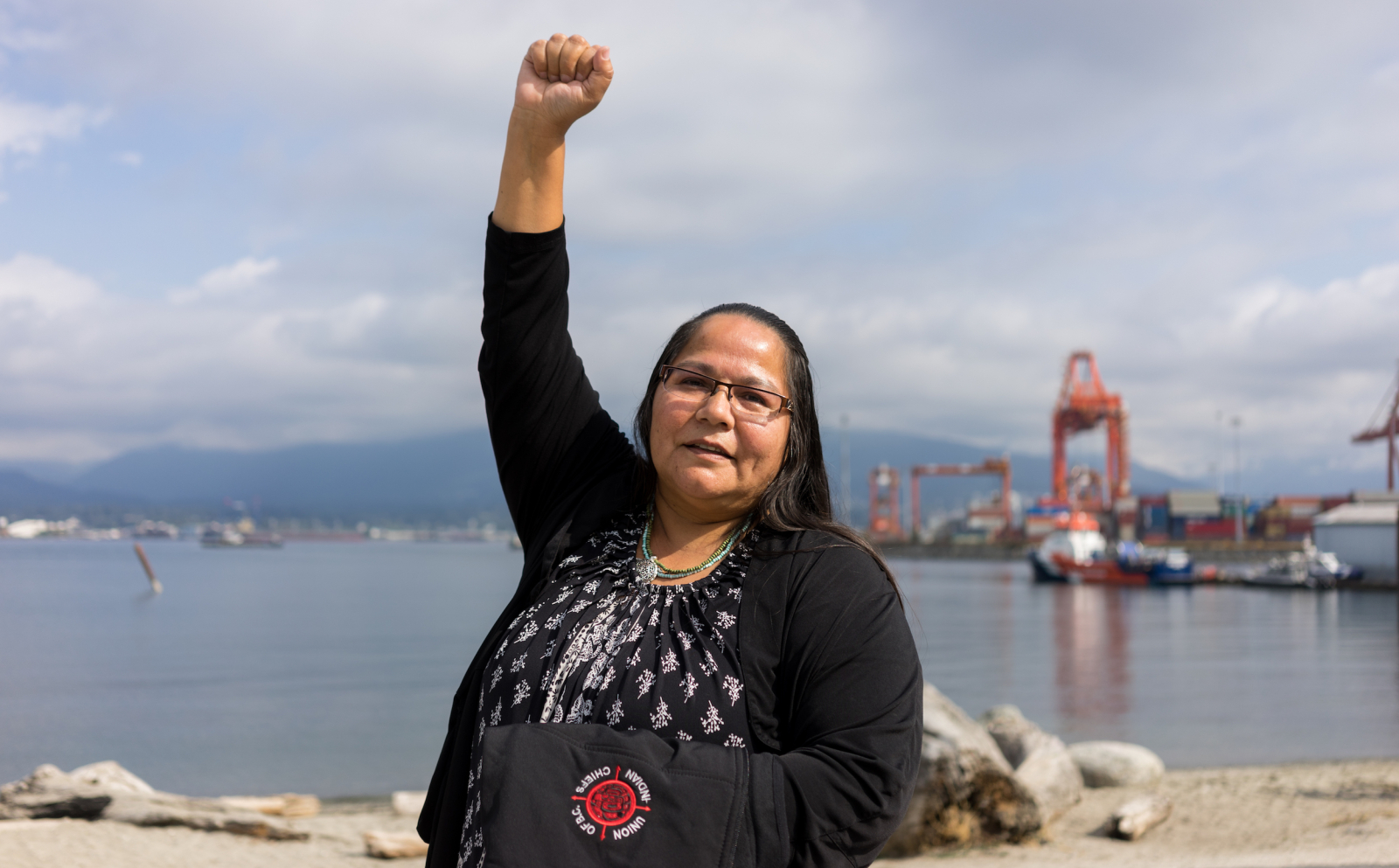 Neskonlith Chief Judy Wilson raises her arm in celebration of the Federal Court of Appeal's decision to quash the federal government's approval of the Trans Mountain pipeline at Crab Park, Vancouver on Aug. 30, 2018. Photo by Michael Ruffolo
Previous story

In August, the Federal Court of Appeal overturned the Trudeau government's approval of Kinder Morgan's hotly-debated Trans Mountain pipeline expansion, which aimed to send hundreds of thousands of barrels of oil from Alberta to the West Coast daily.

It was a complex legal decision filed on behalf of several First Nations, municipalities and environmental groups that wanted to see the proposal canned over concerns about Indigenous consultation, land and water rights, and ecosystem health.

National Observer's Michael Ruffolo breaks down the essentials of the decision. A transcript follows the video.

It’s easy to get lost in all the arguments since the courts quashed the feds’ approval of the Trans Mountain pipeline. Here are three really important points that keep getting lost.

First — this court decision wasn’t about stopping a pipeline or the Alberta oilsands. It’s about rights. Human rights.

The feds would essentially have a meeting with a First Nation affected by the proposed pipeline, write down their gripes, and go back to Ottawa.

You might think that if this pipeline was so important to the “national interest,” our representatives would have taken their job extra seriously. But the judge found that “their role was that of note-takers.”

Canada hasn’t granted nature rights, at least not yet. But the Species at Risk Act basically says that animals have at least the right to exist - to not be driven extinct.

The Federal Court of Appeal found that the National Energy Board and the federal government did not properly take into account the rights of orcas to not be driven to extinction. Specifically, the southern resident killer whales, who are in real trouble.

Lastly — Canada’s courts are way ahead of Canada’s governments in protecting these rights and taking reconciliation seriously.

It’s the courts that keep insisting that governments respect First Nations rights. First Nations have been on a big winning streak in Canadian courts for decades. This was legal win number 264 for Indigenous people. From the Northern Gateway pipeline to Trans Mountain the government just keeps failing to respect human rights and it’s the courts that keep them in check.

None of this means that the pipeline is necessarily dead. The court just showed how the government can go back and do a better job.

But reconciliation is up to all of us and our elected governments. And what the Trans Mountain decision showed is that even on a top priority issue, the government still has a long way to go to make reconciliation a reality.

Excellent video. It's short but spot on!