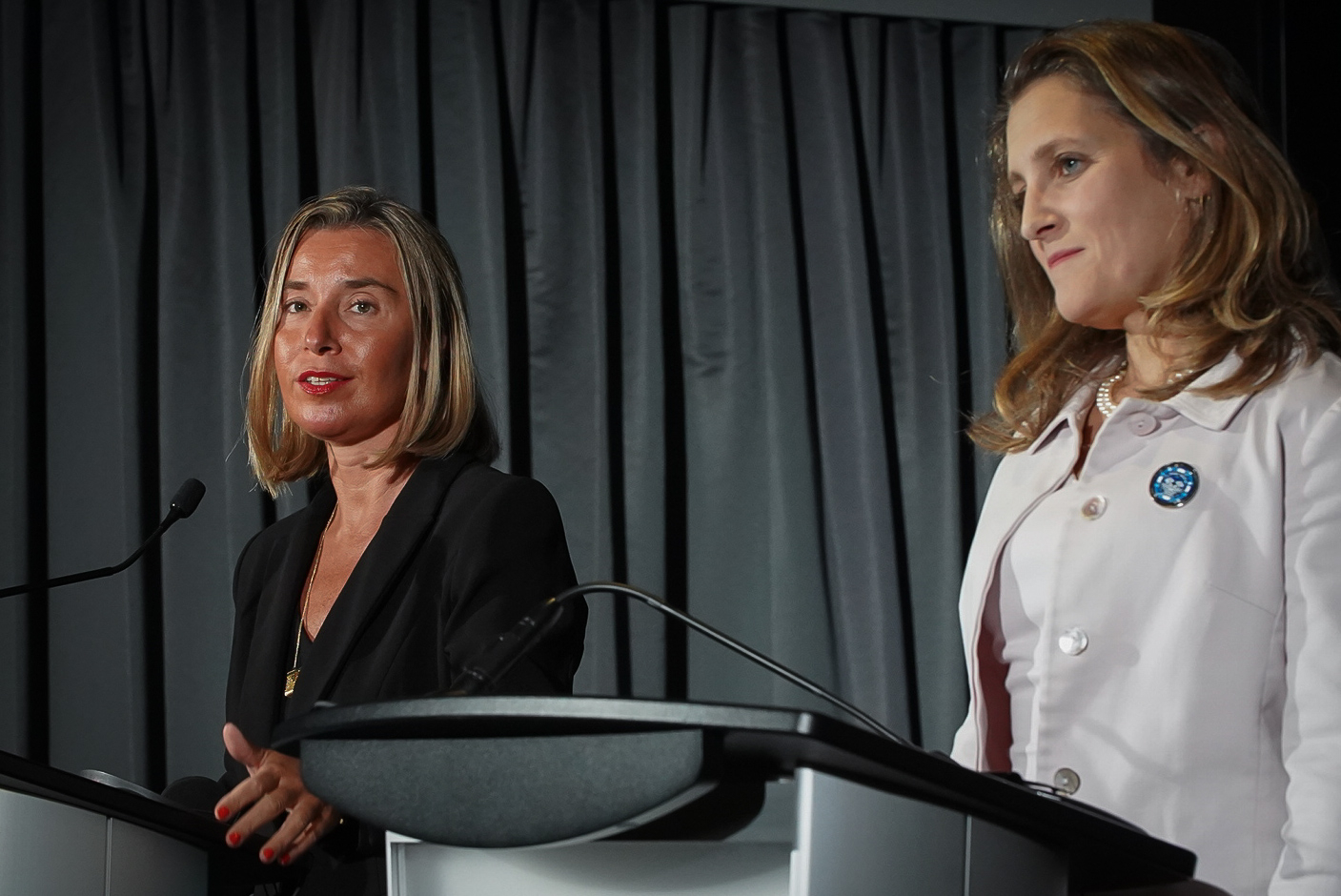 "The new ambassadorial position I announced today is just one step in our ongoing effort to put some meat on the bones of this feminist foreign policy."

The new ambassador's office will be established in Ottawa and will provide advice on the effective implementation of Canada’s 2017 Action Plan on Women, Peace and Security, a Global Affairs Canada spokesman confirmed via email on Monday.

Freeland made the announcement at the close of an historic two-day summit for female foreign ministers in Montreal last weekend.

Yesterday, I announced the position of #WomenPeaceSecurity ambassador at the #WFMM2018. This is a big step forward for our feminist foreign policy! Thank you to @BorysWrz for championing this idea in the House and ensuring that Canada is truly a leader on #WPS.

The Trudeau government has long touted its foreign policy as feminist.

"Without representation, rights and resources for women we will never have peace and security," says Swedish Foreign Affairs Minister @margotwallstrom. #cdnpoli #humanrights #WFMM2018

In June 2017, it launched the Feminist International Assistance Policy, with a mandate to ensure that 95 per cent of the country’s aid goes toward gender equality, women and girls by 2022. Last November, the government also launched the Elsie Initiative for Women in Peace Operations, which aims to double the number of women in military and police peacekeeping, as part of its feminist foreign policy.

Critics were upset, however, when the government committed $62 billion new dollars to the defense budget, while adding nothing to the newly-announced Feminist International Assistance Policy. Asked by National Observer how Ottawa might address some calls that it needs to 'walk the talk' and better articulate its feminist foreign policy, Freeland pointed to the new ambassador as an important next step.

"This is going to be a process of constant evolution, constantly trying to figure how to get better and better at this, but it's something that Canada is very committed to," she said on Saturday.

Delegates discussed "in very practical terms" what means to have a feminist foreign policy during the summit last weekend, said Freeland. The Women Foreign Ministers' Meeting was attended by more than half the world's 30 female foreign ministers, and Japan’s male foreign minister, Taro Kono. All the Group of Seven’s foreign ministers were invited, regardless of their sex.

Freeland also confirmed on Saturday that Canada would co-chair a global network on women, peace and security with Uruguay in 2020. 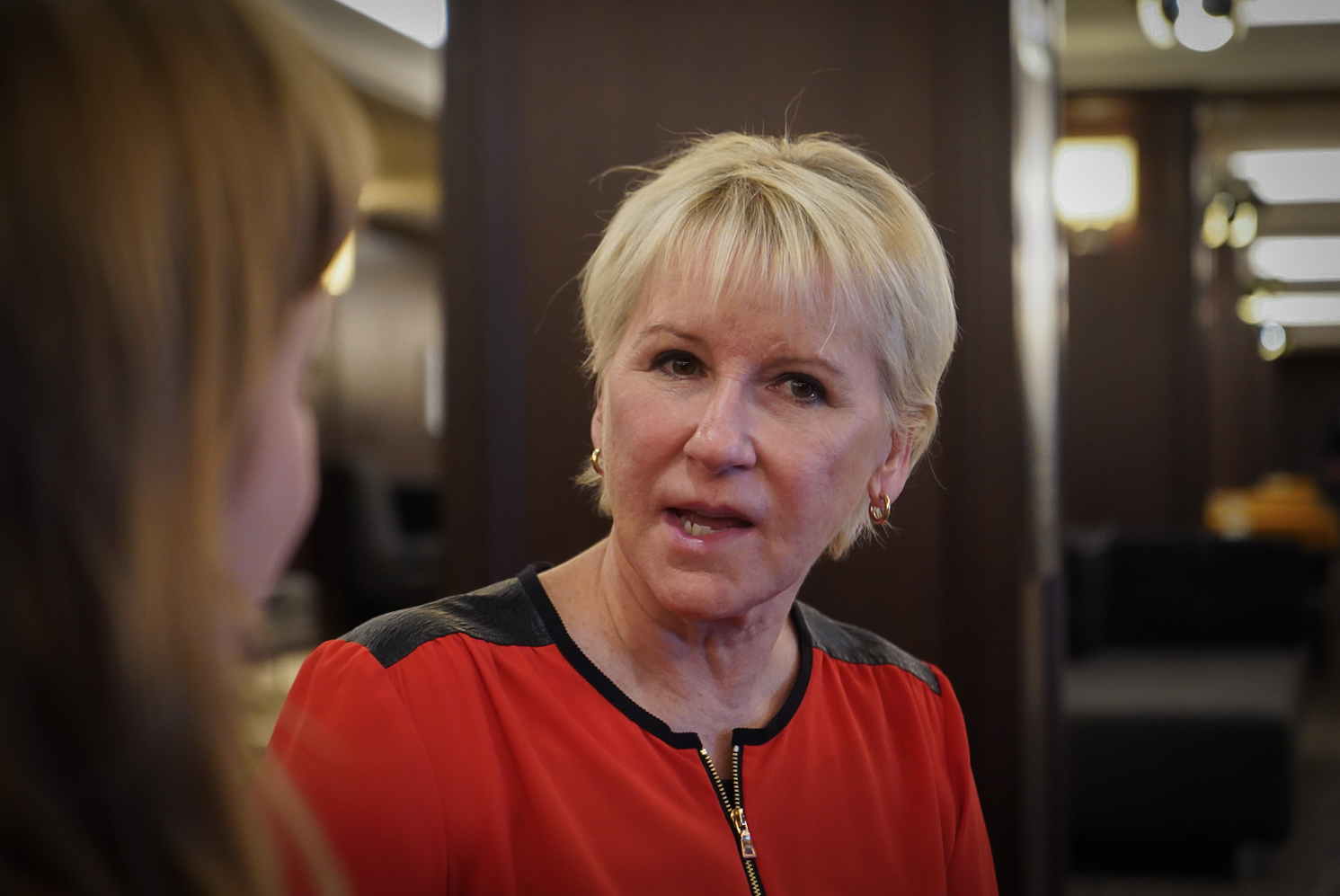 Canada not alone in feminist approach

Freeland's foreign policy agenda has been complemented by Prime Minister Justin Trudeau's public embrace of feminism. The prime minister introduced the first gender-balanced cabinet in Canadian history after his 2015 election and has maintained this balance throughout his tenure.

But Canada is not the first country to pursue a feminist foreign policy; Swedish Foreign Affairs Minister Margot Wallström pioneered the concept in 2014. She attended the Montreal meetings, which are believed to be the very first gathering of female foreign affairs ministers in history.

“I want to see results on the ground, not theoretical discussion of the concept.”

Wallström gave copies of the handbook to the other delegates. The handbook also reflects on the first four years of Wallström's policy, which revolves around “the three Rs" – rights, representatives and resources, she said.

"Without representation, rights and resources for women we will never have peace and security," she explained.

“Do women and girls have the same legal and human rights as men and boys? Are they allowed to have land, a bank account, to not get married away at 15?...Are they in government, on boards? Do they have a voice?...Are there are enough resources going to women?” 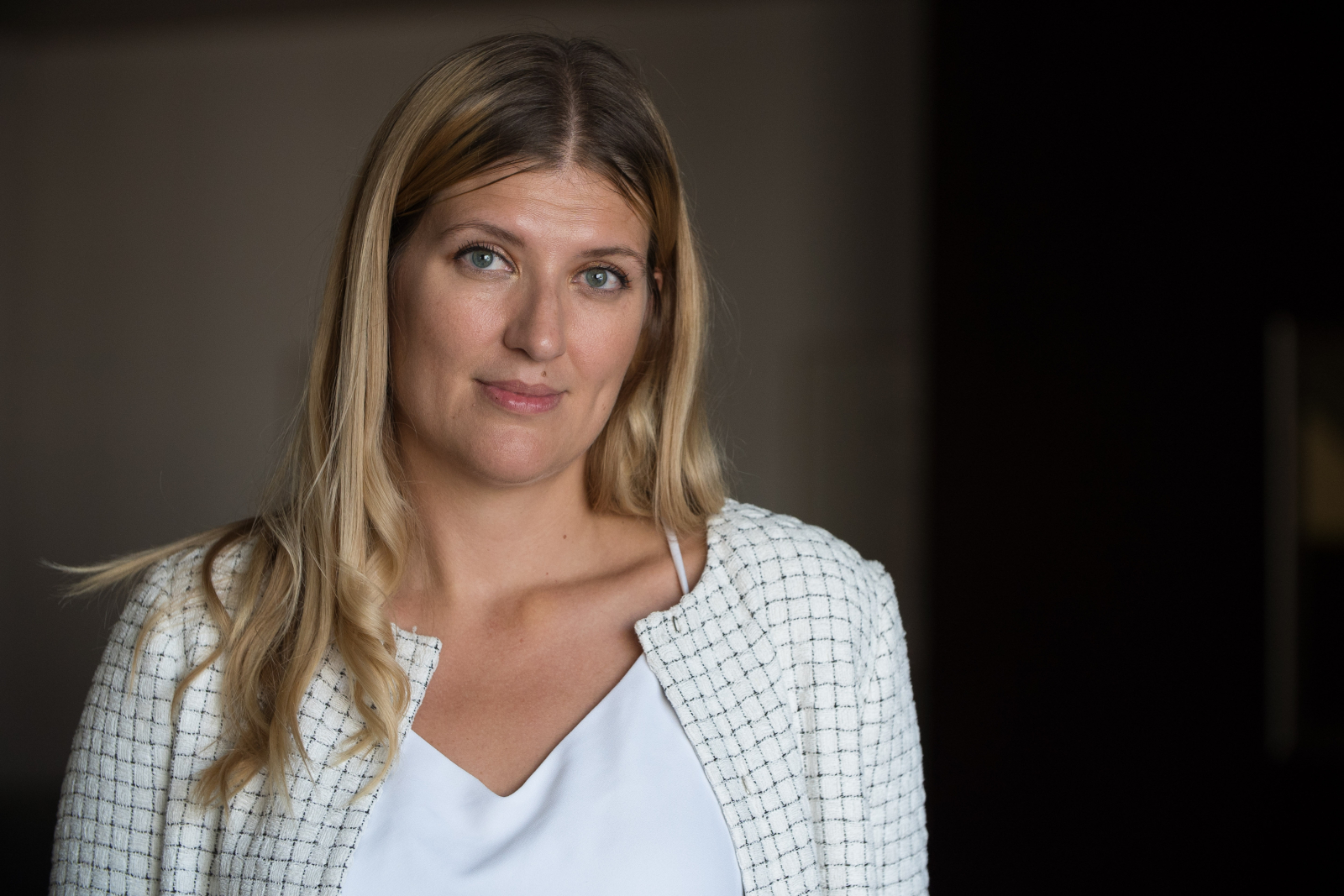 Beatrice Fihn, executive director of the International Campaign to Abolish Nuclear Weapons, sits down for an interview with National Observer at the Women Foreign Ministers' Meeting in Montreal on Sep. 22, 2018. Photo by Josie Desmarais

Wallström and her fellow foreign ministers were joined on Saturday morning by 10 women human rights defenders and civil society leaders in a closed-door breakfast. Among the non-profit leaders was Beatrice Fihn, executive director of the International Campaign to Abolish Nuclear Weapons, which won the Nobel Peace Prize in 2017.

Fihn said when governments brand their foreign policy as feminist, it's a “great step, in that it opens up the space for us to come in with specific demands, like stop selling weapons to Saudi Arabia or sign the Treaty on the Prohibition of Nuclear Weapons.”

Many of the countries represented at the meetings, including Canada, she noted, have not signed and ratified the Treaty on the Prohibition of Nuclear Weapons.

Fihn called nuclear weapons “the ultimate symbol of masculinity." She quoted U.S. President Donald Trump as an example, who tweeted a public message to North Korean leader Kim Jong-un earlier this year, stating: "I too have a Nuclear Button, but it is a much bigger & more powerful one than his, and my Button works!" [sic].

"It’s very connected to enforcing your will on people, threatening to get what you want. It's about as far off from rules-based international order and co-operative security than you can get,” she said.

"We can't rely on weapons of mass destruction, we can't still think that's okay. That's not very in line with a feminist foreign policy."

Over the weekend, said Fihn, the activists and civil society leaders appealed to the foreign affairs ministers to use their clout to make gender rights, equality and special considerations an integral part of their daily work.

“…Often we get dismissed as being naive, idealistic — 'You work on the soft issues, let's look at the hard security issues,'" she told National Observer. "So we really asked these foreign ministers help us make sure that the gender issue isn't sidelined as a women's issue, but that it's part of the foreign policy discussion in all the news, in all forums.”

All women and it's a first

How insidious is the language

How insidious is the language we try to use - to bend toward the rights of women. In the article Beatrice Fihn asks the foreign ministers to make gender rights, equality and special considerations part of their work.

Manty feminists would shudder at the "special considerations" notion. Historically and currently feminists want the SAME considerations the male dominated world takes for granted. Women and their "issues" want to be the recipients of the same billions extracted from the worlds wealth (some of that wealth derived from the labour of women!) by the male dominated multinational industries, by the rapacious extraction sector, by the wholly subsidized military and security apparatus apparently essential to every nation state....

Given the demographics at least 51% of every nation's GDP should be spent on "women's issues" like health, education, domestic safety and justice, food security, environmental sanity, and the equal representation and participation of women in every level of political jurisdiction and activity.

It is really quite simple - we want what every man assumes is his birthright.

This is fantastic news. With

This is fantastic news. With $2B earmarked for this initiative within the Global Affairs Canada budget, there is potential for this ambassador position to wield influence, not to simply be symbolic. Time will tell...

I hope our feminist

I hope our feminist Government will meet and listen to Indigenous women in BC, who are saying NO to man camps that bring increased incidents of violence to them, No to pipelines that leak toxins into their territories, NO to fish farms that spread diseases to the salmon they have fed their children for thousands of years, and NO to dams that destroy the places they hunt, gather medicine and bury their dead. Or doesn’t No mean No when a culture of women are threatened, ignored and disrespected?