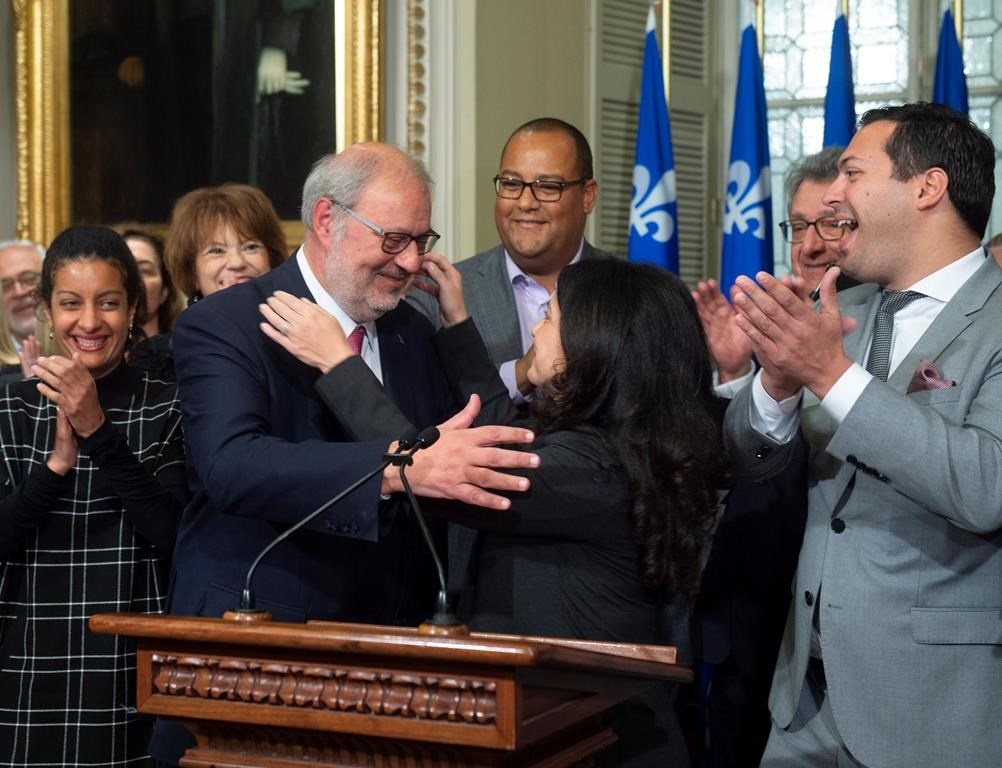 Arcand was chosen by the party's caucus to lead the Opposition in the legislature.

The 66-year-old Arcand takes over from Philippe Couillard, the outgoing premier who a day earlier resigned his seat and quit as party leader.

Couillard led the Liberals to a resounding election defeat Monday at the hands of Francois Legault's Coalition Avenir Quebec.

First elected in 2007, Arcand is a former cabinet minister who represents the Montreal riding of Mont-Royal-Outremont. He said details of the race to find a permanent leader will be finalized in the coming months.

"We'll see in the end what the decision will be," Arcand said. "In the meantime we will be working very hard, and we want to make sure we're a good Opposition and that four years from now, we'll be ready to govern again."

The party also announced Friday that longtime member Guy Ouellette has been kicked out of caucus following a revelation during the campaign that in 2016 he fed the Coalition incriminating information about a Liberal political appointee.

Ouellette will now sit as an Independent.

Arcand said Ouellette was offered an opportunity to explain himself to caucus members, but he chose to send a letter instead, the contents of which were not made public. "The caucus decided this morning he needed to be excluded," Arcand said.

Philippe Couillard leaves politics with plea for tolerance of minorities