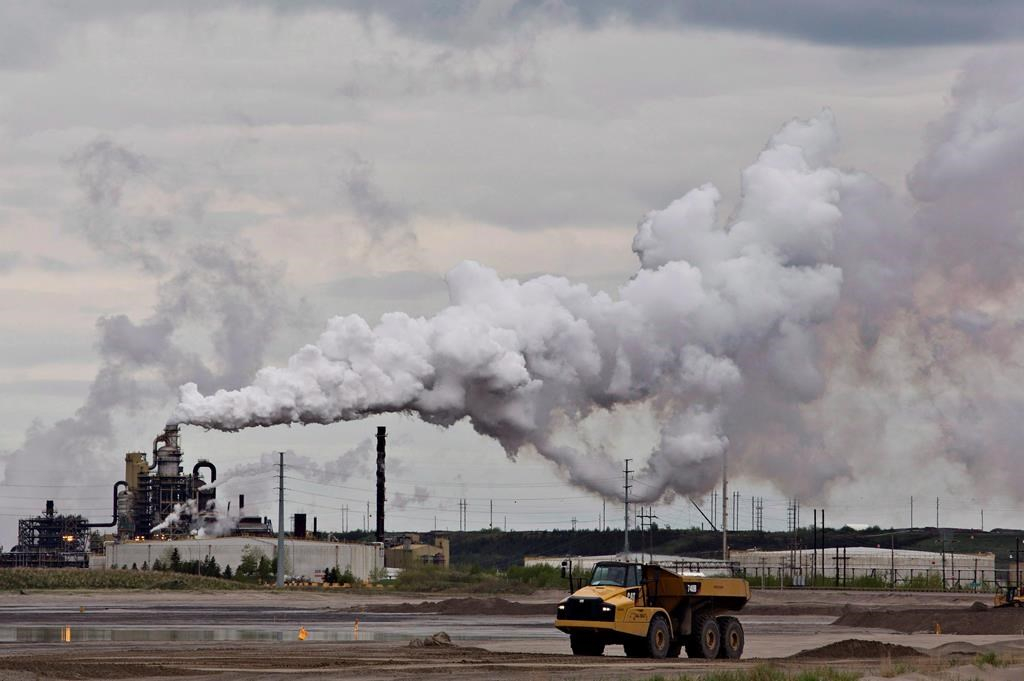 A dump truck works near the Syncrude oil sands extraction facility near the city of Fort McMurray, Alta., on June 1, 2014. File photo by The Canadian Press/Jason Franson
Previous story
Next story

The federal government will take some of the sting out of its upcoming carbon tax Tuesday with a promise to give rebates directly to Canadians.

Prime Minister Justin Trudeau will be in Toronto with Environment Minister Catherine McKenna where they will begin making a hard sell of their carbon pricing plan ahead of the next federal election.

That sell includes offsetting the hit to a family's pocketbook with carbon price rebates.

They will also announce Tuesday which provinces will see the federal carbon price applied. Public Safety Minister Ralph Goodale and International Trade Minister Jim Carr, are being dispatched to their home provinces to outline how the rebate system will work in each province where it is in effect.

Announcements are expected in Saskatchewan, Manitoba and New Brunswick.

British Columbia, Alberta and Quebec all clearly meet the federal threshold of having a price on carbon of at least $20 a tonne as of Jan. 1. Prince Edward Island will have a portion of the federal backstop applied at its request. Nova Scotia's cap and trade system announced last year, and Newfoundland's still secret climate plan, will be sufficient for Ottawa's requirements in year one.

The amount raised by a national price on carbon will be substantial. Alberta expects to raise $1.4 billion from its carbon levy this year, which is set at $30 a tonne.

Trudeau has promised any revenues raised by a carbon tax will be returned entirely to the people of the province where they are collected.

Insiders say the amount you qualify for as a rebate will be determined using tax filings, and that the money will flow next year, in plenty of time for Canadians to feel their impact before the 2019 election.

Carbon pricing is expected to be a key campaign issue, with the federal Conservatives pushing heavily against a carbon tax and insisting they would eliminate it entirely if they form government.

Ottawa has struggled not only with exactly how much to give but also what to do about the fact that the amount of revenue collected from the carbon price will vary by province, largely due to differences in the way people generate electricity. For example, Saskatchewan and New Brunswick, where most electricity still comes from coal, will pay more in carbon levies than Manitoba or Ontario, where most electricity comes from renewable sources.

Individuals will pay the carbon price on fuels used for running cars, electricity, and heating with some spinoff increases expected in the cost of consumer goods.

Jennifer Winter, director of energy and environmental policy at the School of Public Policy at the University of Calgary, estimated last year that at $20 a tonne, the annual cost to households would be $413 in Saskatchewan, $386 in New Brunswick, $283 in Ontario and $273 in Manitoba.

Large industrial emitters will pay the carbon price through a separate system that gives some leeway to industries that are heavily exposed to foreign competition. That system sets emissions caps by industry, and businesses will only pay the carbon tax on the amount they emit over the limit for their specific field.

Most studies suggest that to be effective, a carbon tax has to reach $200 to $400 a year by the middle of this century, said Mark Jaccard, a professor of sustainable energy in the School of Resource and Environmental Management at Simon Fraser University in B.C.

A recent report from the Clean Prosperity Institute said if all the revenues from a carbon price are returned to individuals through rebates, households will actually get back more than they pay out.

Mark Cameron, the executive director of the institute and a former policy director in prime minister Stephen Harper's office, said the incentive to reduce emissions remains in place because if you reduce your fuel consumption through taking public transit, or buying a more efficient furnace or an electric car, you will save even more money.