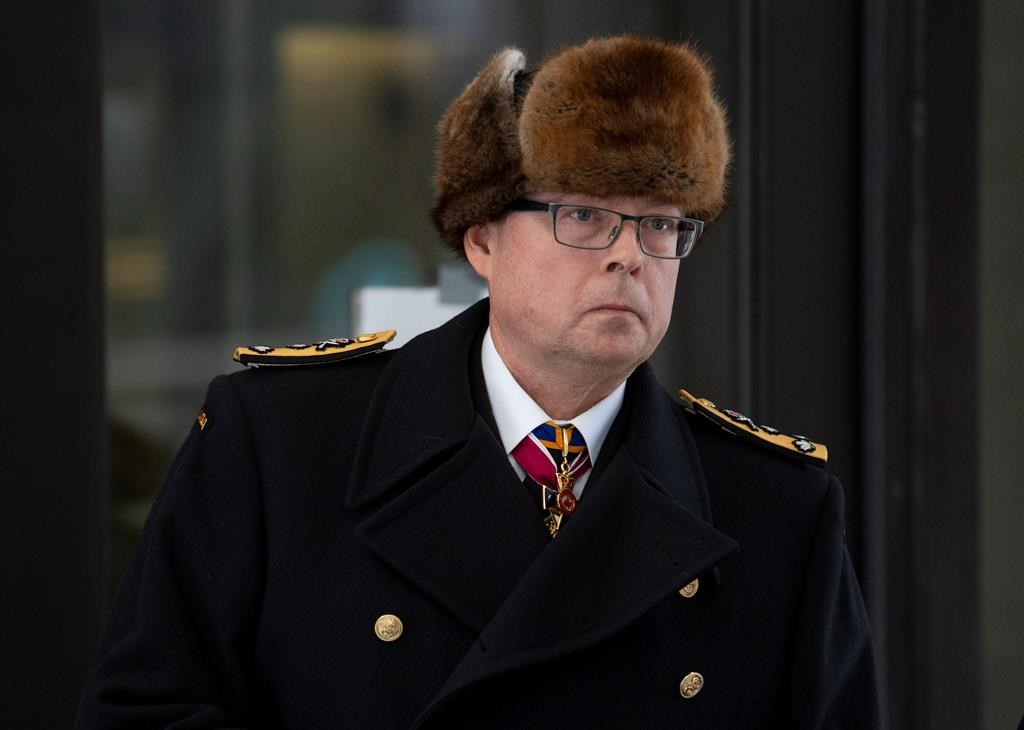 A federal public servant who attended secret cabinet meetings about the $700-million shipbuilding contract at the centre of the criminal case against Vice-Admiral Mark Norman told the RCMP that electoral considerations were front and centre as successive governments approved the project.

Melissa Burke, an analyst with the Privy Council, the government's top department, said that included when the Harper government first decided in 2015 to award the contract to Quebec-based Davie Shipbuilding to convert a civilian container ship into a temporary support ship for the navy.

She said the same held true when the newly elected Trudeau government upheld the deal later that year despite concerns about how it had been managed by the Conservatives.

Burke, whose statements have not been entered as official exhibits or tested in court, told the Mounties that both governments were highly cognizant of Davie's location in Quebec — and worried about the impact not signing the deal would have on their respective political fortunes.

Burke's comments are contained in a partial transcript of an interview with the Mounties in January 2016 that was recently submitted in court filings by Norman's lawyers. They are the first to paint a picture of the inside of the cabinet room as the Tories and Liberals each weighed the Davie project.

Suspended as the military's second-in-command in January 2017, Norman was charged in March 2018 with one count of breach of trust for allegedly leaking cabinet secrets to Davie. He has denied any wrongdoing and vowed to fight the charge.

Previously released documents show the RCMP believed Norman helped Davie mount a pressure campaign on the Trudeau government after a Liberal cabinet committee decided to delay the project in November 2015 for another review. The Liberals eventually approved the contract.

Davie, which had been left out of the government's multibillion-dollar shipbuilding plan in 2011, first proposed converting a civilian cargo ship into a temporary support ship for the navy in 2014, after a fire and excessive rust forced the early retirement of its two existing vessels.

Two new support ships are being built in Vancouver, but won't be ready until the 2020s.

Burke told the Mounties that many senior public servants opposed the idea of accepting Davie's proposal before considering bids and were prepared to recommend a competition to Conservative cabinet ministers in April 2015.

But then-defence minister Jason Kenney ultimately sold ministers on the Davie plan, according to Burke, as he emphasized both the military and political importance of signing a deal.

"He made quite an impassioned speech about the importance of the Davie option and how the navy needs better capability and it can help with humanitarian operations and we have to support our navy," Burke told the RCMP.

"And the politics got into (it) as well. He was quite open and talking about: 'We have an election coming up and Levis is an important riding, it often goes to Conservative(s) … You don't get a lot of Conservative ridings in Quebec."

Burke also remembered then-public safety minister Steven Blaney, whose riding includes the city of Levis, across the St. Lawrence River from Quebec City, sitting beside her during the meeting "and his hands were shaking, he was very nervous."

The Conservatives decided in June 2015 to launch negotiations with Davie, and changed federal procurement rules to allow a contract without a competition. But the deal was not finalized before the October 2015 election.

The Liberals won and a month later, and while officials — including Burke — recommended the new Trudeau government approve the Davie deal to address the navy's urgent need for a supply ship, a cabinet committee decided to ask the company to extend the deadline for signing the contract by 60 days.

Two ministers on the committee as well as Burke and other officials told the RCMP that the Liberals wanted more time to consider the deal and figure out how to explain it to the public.

But Burke said she was told by another senior official that the company — whose executives believed a delay would be the first step toward a full cancellation — "freaked" when they were asked to accept an extension and warned the Quebec shipyard could close.

Eleven days later, the Liberal government signed the contract. Environment Minister Catherine McKenna, the committee's chair, told the RCMP that after receiving more information, ministers realized there was nothing to be gained "and there are jobs at stake."

Burke went farther, telling the RCMP: "I think the prospect of Davie Shipyard closing was alarming to everybody. It's not a good news story for anyone, in particular for Quebec ministers... I think that forced everybody's hand. All of a sudden, the question of a 60-day delay was gone."

Davie's converted supply ship, the MV Asterix, was delivered last year and is operating off the coast of Japan. The company subsequently laid off hundreds of workers, saying it did not have enough work them.

Davie spokesman Frederik Boisvert on Wednesday declined to comment on any political calculations, but defended the shipyard's threats to close down as "very simple economics."

"If the government doesn't leverage our immense shipbuilding capability," he said, "well of course we have to let go of our workers. That has happened in the past and is happening now as well."

The Liberals agreed this summer to buy three second-hand icebreakers from Davie without a competition amid an intense lobbying campaign by Davie, the Quebec government and federal opposition parties.

The government also tapped Davie last month to do some future work on the navy's 12 frigates, despite strong opposition from Halifax-based Irving Shipbuilding, but has so far resisted calls to order a second temporary supply ship from Davie.