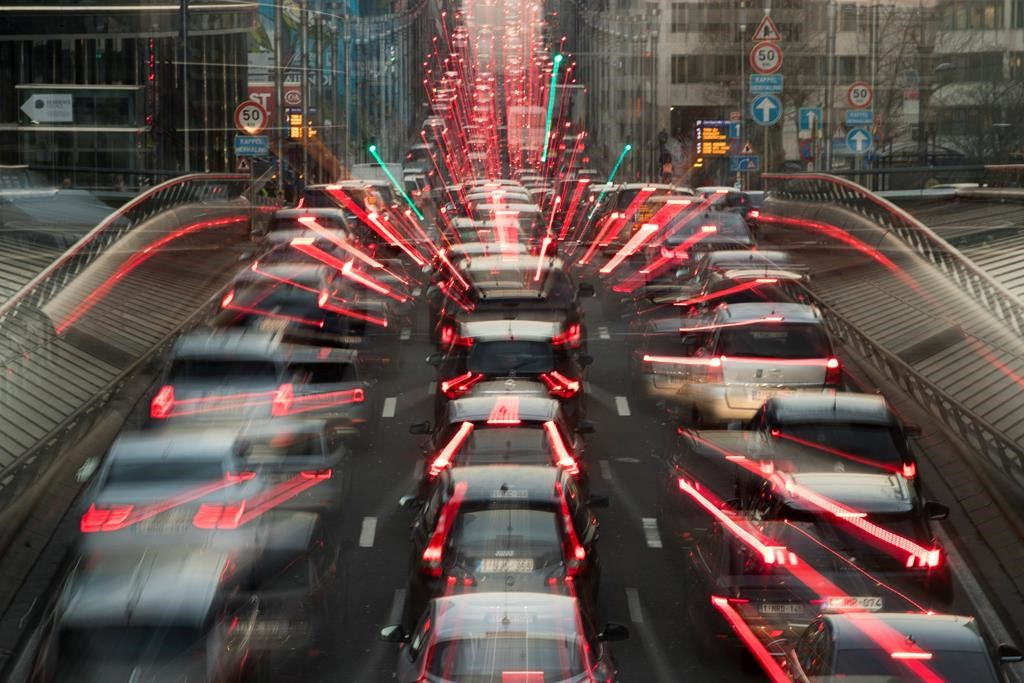 In this slow-shutter zoom effect photo, commuters backed up in traffic during the morning rush hour on Wednesday, Dec. 12, 2018, in Brussels, a city that regularly experiences pollution alert warnings. Photo by The Associated Press/Francisco Seco
Previous story

The United Nations secretary-general flew back to global climate talks in Poland Wednesday to appeal to countries to reach an agreement, as some observers feared the meeting might end without a deal.

U.N. chief Antonio Guterres opened the talks last week, telling leaders to take the threat of global warming seriously and calling it "the most important issue we face."

But as the two-week meeting shifted from the technical to political phase, with ministers taking over negotiations, campaign groups warned of the risks of failure in Katowice.

Harjeet Singh of ActionAid International said the main holdouts were the United States, Australia and Japan, while the European Union was "a mere spectator."

"A new leadership must step up," said Vanessa Perez-Cirera of the environmental group WWF. "We cannot afford to lose one of the twelve years we have remaining."

She was referring to a recent scientific report by a U.N.-backed panel that suggested average global warming can only be halted at 1.5 degrees Celsius (2.7 Fahrenheit) if urgent action is taken by 2030, including a dramatic reduction in use of fossil fuels.

Endorsing the report by the Intergovernmental Panel on Climate Change became a crunch issue over the weekend, with the United States, Russia, Saudi Arabia and Kuwait opposing the move.

Jean-Pascal Ypersele, a former deputy chair of the panel, said whether or not countries believe the conclusions of the report was irrelevant because the science was clear.

"Nobody, even the so-called superpowers, can negotiate with the laws of physics," he said.

Ypersele called for the 1.5-degree target — already mentioned in the 2015 Paris accord — to be recognized in the final text.

"It's a question of survival for a large part of humanity, and many other species," he said.

Poland, which is chairing the talks, was expected to circulate a condensed draft text Wednesday running to about 100 pages, down from about 300 at the start of the talks.

The Dec. 2-14 meeting is supposed to finalize the rules that signatories of the Paris accord need to follow when it comes to reporting their greenhouse gas emissions and efforts to reduce them.

Li Shuo, a climate expert at Greenpeace, warned that the current text was riddled with loopholes

"A Swiss cheese rulebook is unacceptable," he said.

A third objective of the talks is getting governments to make a firm commit to raising ambitions in the coming two years, albeit without any precise figures.

One issue that has risen to the fore at the talks is the proposal by Poland for countries to back the idea of a "just transition" for workers in fossil fuel industries facing closure from emissions-curbing measures.

Germany's environment minister, Svenja Schulze, told reporters that her country is committed to phasing out the use of coal, though the exact deadline has yet to be determined.

But in a nod to the recent protests in France over fuel prices, Schulze warned against governments forcing through measures, saying they would lose public support "faster than you can spell climate protection, and then people pull on yellow vests."

Monika Scislowska contributed to this report.

France bracing for more protests despite retreat on taxes