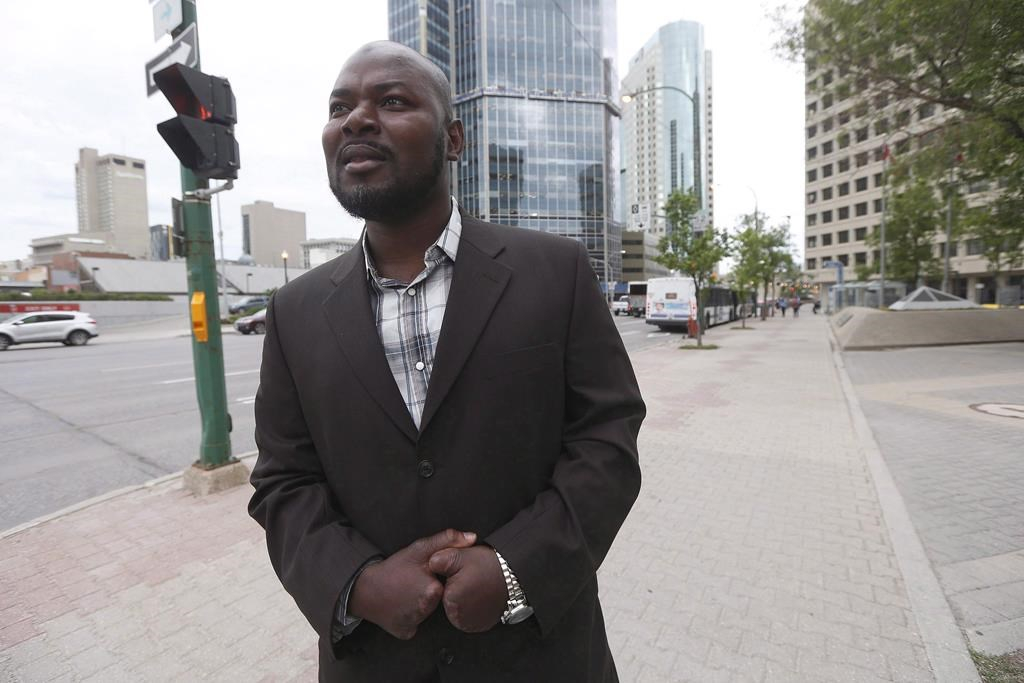 Razak Iyal, one of two asylum seekers who walked across the Canada/U.S. border on a cold winter night, is photographed as he enters his refugee hearing in Winnipeg, on June 13, 2017. File photo by The Canadian Press/John Woods
Previous story
Next story

Razak Iyal still wakes up in the middle of the night feeling the icy winds on Christmas Eve two years ago when his life drastically changed.

"It comes into my dreams all the time. I am thinking about it. When you wake up from the bed you see your hands and you don't have your fingers," Iyal, 36, said in an interview last month.

A powerful winter storm was pounding southern Manitoba as Iyal and Seidu Mohammed, whom he had met at a bus station in Minneapolis in 2016, made their way to the Canada-United States border near Emerson.

The overnight wind chill dipped to -30 C as the men trudged through snowy fields in the dark. They spent hours in the cold before they were noticed by a trucker.

By that time, the two men had severe frostbite. Iyal would lose all his fingers but keep his thumbs. Mohammed lost all 10 digits.

For all that they left behind, including family and jobs, Iyal said the two men have gained a supportive community, a new home and a bright future.

"For me and Seidu, we would say that when we came to Canada (it's unfortunate) this happened to us. But we are happy we are in Canada because we met good people around us, who are encouraging us," Iyal said.

"Once it happened, what can we do? We just stay focused. We just pray to God that one day we will overcome this thing that happened to us."

The two men from Ghana were among the first wave of irregular refugee claimants to cross the border into Canada after the election of Donald Trump and his executive orders on immigration.

The number of people crossing at non-official entry points to claim asylum in Manitoba increased for many months in 2017, but has since dropped significantly. Twenty-three asylum-seekers were intercepted by RCMP in the province in October.

Iyal said he fled Ghana because his life was threatened in a dispute over the inheritance of his late father's property. He has not seen his wife since about 2012.

They forged a lifelong bond

He said the danger he would face back home increased after he arrived in Canada. Some media reports in Ghana said he was a homosexual because he travelled with Mohammed, who is bisexual. The LGBTQ community in the African nation is suppressed.

Both men were granted refugee status in 2017.

Iyal and Mohammed met just before deciding to make the harrowing trek across the border and the experience has forged a lifelong bond. They speak every day and support each other in navigating a new home and life without fingers.

"I love him the way he is, and he also loves me the way I am. We love each other as brothers."

Both men still face significant challenges trying to achieve their Canadian dream. After a year of doctors, rehabilitation and adapting to life fingerless both men are looking to get work and give back to the communities who have supported them.

Iyal said his friend is taking English courses and other classes. Iyal is looking for a job he can do without his fingers.

He is working with the Society for Manitobans with Disabilities and will soon be doing a course to become a security guard. After that, Iyal hopes to bring his wife to Winnipeg.

When anyone asks if the snow-filled journey was worth it, Iyal responds that Winnipeg is where he has finally found a home.

"This is where I find myself," he said.

"Here is my home. This is where I want to spend the rest of my life with my family."