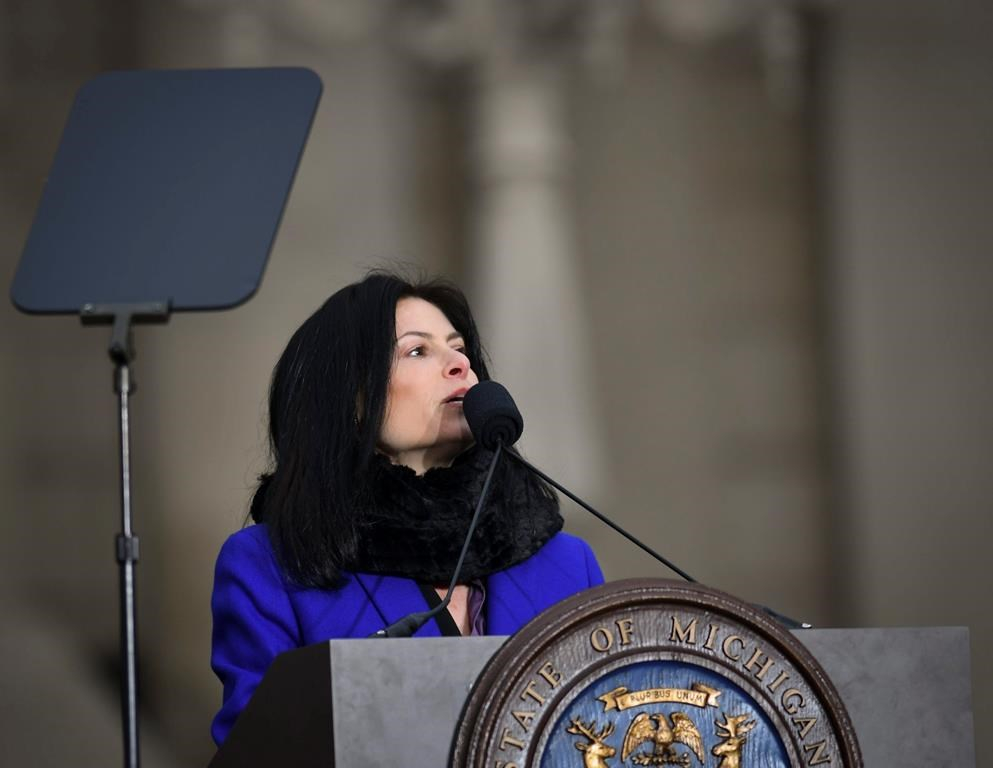 Michigan's new governor and attorney general moved quickly Wednesday to review the legality of a contentious state deal to run an oil pipeline beneath a crucial section of the Great Lakes.

Democratic Gov. Gretchen Whitmer announced her request for a legal opinion from Attorney General Dana Nessel, a Democrat who welcomed the opportunity and expressed concern with a law that facilitated the agreement between the state and Canadian pipeline company Enbridge. Such opinions, while not the same as legal rulings, are considered to bind state agencies unless reversed by a court. Both Whitmer and Nessel had questioned the deal before taking office Tuesday.

The Republican-led Legislature and GOP former Gov. Rick Snyder rushed to enact the law after Whitmer was elected in November. The new Mackinac Straits Corridor Authority then swiftly approved the proposal to drill a tunnel through bedrock up to 100 feet (30.4 metres) below the more than 4-mile-wide (6.4 kilometre) channel that links Lakes Huron and Michigan. A new segment of pipeline will extend through the tunnel, replacing twin pipes that have lain along the lake bed since 1953. They are part of Enbridge's Line 5, which carries crude oil and natural gas liquids used in propane from Superior, Wisconsin, through northern Michigan to refineries in Sarnia, Ontario.

"There are serious and significant concerns regarding (Public Act) 359, which the previous governor and legislature initiated and passed without the care and caution one would expect for an issue that will have a monumental impact on our state," Nessel said in a statement.

Whitmer said resolving any legal uncertainty over the law, the Mackinac Straits Corridor Authority and the panel's speedy approval of the agreement "is necessary to assure that we can take all action necessary to protect the Great Lakes, protect our drinking water and protect Michigan jobs."

Line 5 has drawn fierce criticism in recent years from environmental groups, native tribes and tourism-related businesses fearful of a rupture that, according to worst-case scenarios outlined by university researchers, could pollute hundreds of miles of Great Lakes shoreline.

Enbridge has steadfastly defended the pipelines, contending they are in sound condition and could last indefinitely. But with public pressure mounting amid reports of gaps in protective coating and dents from a ship anchor strike in April, the company embraced the tunnel option.

Opponents complain that the existing Line 5 pipes, which carry about 23 million gallons (87 million litres) of petroleum liquids daily, will remain operational until the new segment is running. The pact sets no deadline for switching the oil flow to the new pipe. The target date for finishing the tunnel is 2024.

Whitmer asked Nessel six legal questions, including whether a requirement that authority members serve six years or more violates a constitutional four-year limit for newly created commissions. She also wants to know whether the new law improperly made changes to a 1952 law.

Nessel said there is no specific timetable for issuing her opinion but called it a top priority. She also warned: "In no way should any entity rely on this Act to move forward unless and until these matters have been resolved."

"We believe there is an opportunity to work on these important issues together," he said, adding that the tunnel project will "make a safe pipeline even safer."

Incoming House Speaker Lee Chatfield, a Republican whose district includes the pipelines, responded to Whitmer's move by reiterating his support for the new tunnel and saying it will help people heat their homes.

"Let's keep our Peninsulas connected and uphold our constitutional legislation," he tweeted.

Once again it looks like commerce trumps our environment. Damn sad.