Now is not the time for Trudeau to call his Chinese counterpart, says ambassador 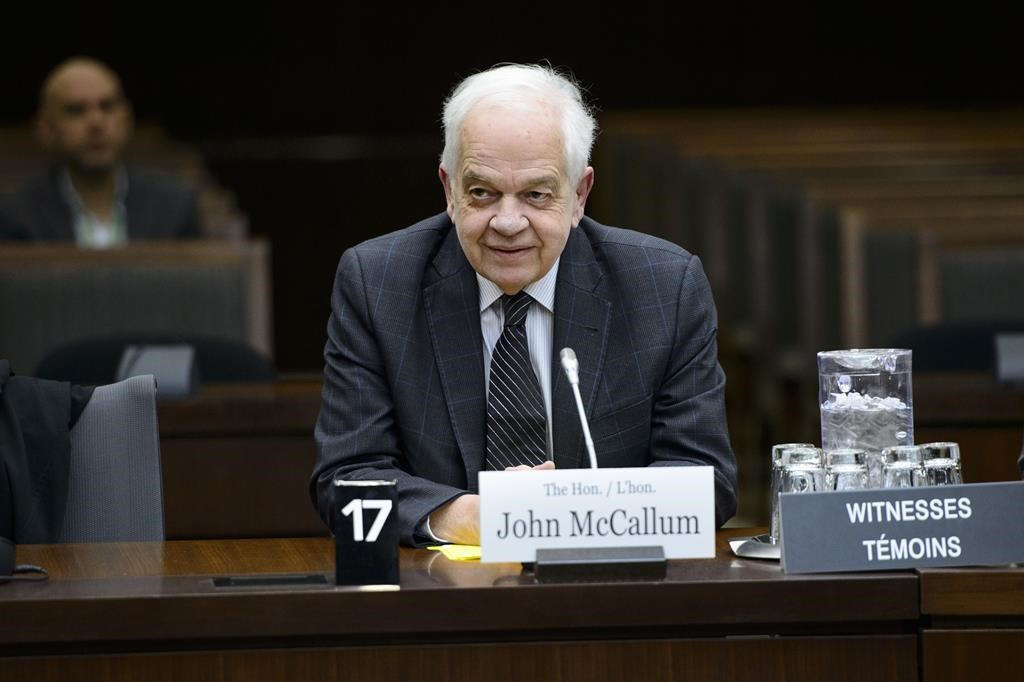 Canada's ambassador to China, John McCallum, waits to brief members of the Foreign Affairs committee regarding China in Ottawa on Friday, Jan. 18, 2019. Photo by The Canadian Press/Sean Kilpatrick
Previous story
Next story

More needs to be done on the diplomatic front before the prime minister tries personally to settle the fight between Ottawa and Beijing that has left two Canadians detained in China and another facing the death penalty, Canada's ambassador to China said Friday after appearing at a Commons committee.

"The prime minister calling the (Chinese) president is essentially the last arrow in our quiver," McCallum said after testifying behind closed doors to the standing committee on foreign affairs and international trade. "I think other actions have to be taken first."

The Opposition Conservatives have been insisting that Prime Minister Justin Trudeau call President Xi Jinping to resolve the diplomatic dispute that began with the arrest in Vancouver last month of a senior executive from Chinese tech giant Huawei.

China escalated tensions shortly after Huawei chief financial officer Meng Wanzhou's arrest — which was carried out at the request of U.S. authorities who want her extradited to face fraud charges — by detaining Michael Kovrig, a Canadian diplomat on leave, and entrepreneur Michael Spavor on vague allegations of endangering China's national security.

Since then, both Canada and China have traded accusations of making "politically motivated" arrests and questioning each other's judicial processes.

The two countries have also issued travel advisories, warning their respective citizens about the potential dangers of "arbitrary" detentions.

Western analysts have deemed the arrests of Spavor and Kovrig, and the harsher sentencing of Schellenberg, as attempts by Beijing to pressure Canada to release Meng, whose company has been accused of being an agent of Chinese intelligence.

"The prime minister seems to be holding back, waiting for an opportunity where he can have success," O'Toole said as he left the committee room. "But sometimes leadership means fighting for success."

Prior to testifying at the committee meeting, McCallum told reporters he believes it is safe for most Canadians to travel to China, despite the current rocky relations between the two nations.

But he warned anyone who has had a run-in with Chinese authorities to think twice about visiting the country.

"If they have any bad connection with the Chinese law in the past, or a situation of that kind, they should be extremely wary," McCallum said.

"But I think for most people, subject to considering their own situation, it's all right to travel to China."

McCallum testified behind closed doors after Liberal MPs on the committee raised concerns about the sensitive nature of what he would tell them.

Without elaborating, McCallum said he agreed to speak in private because there are some details about the detentions of Spavor and Kovrig that their family members would not want aired publicly.

McCallum, who was a Liberal cabinet minister before taking up his diplomatic post, revealed earlier this week that the two were each being interrogated by Chinese authorities for up to four hours a day.

On Friday, he again credited the Trudeau government's efforts to get allies to rally in support of Canada's position, saying it was important to send a unified message to Beijing that arresting people arbitrarily warns everyone off doing business in China.