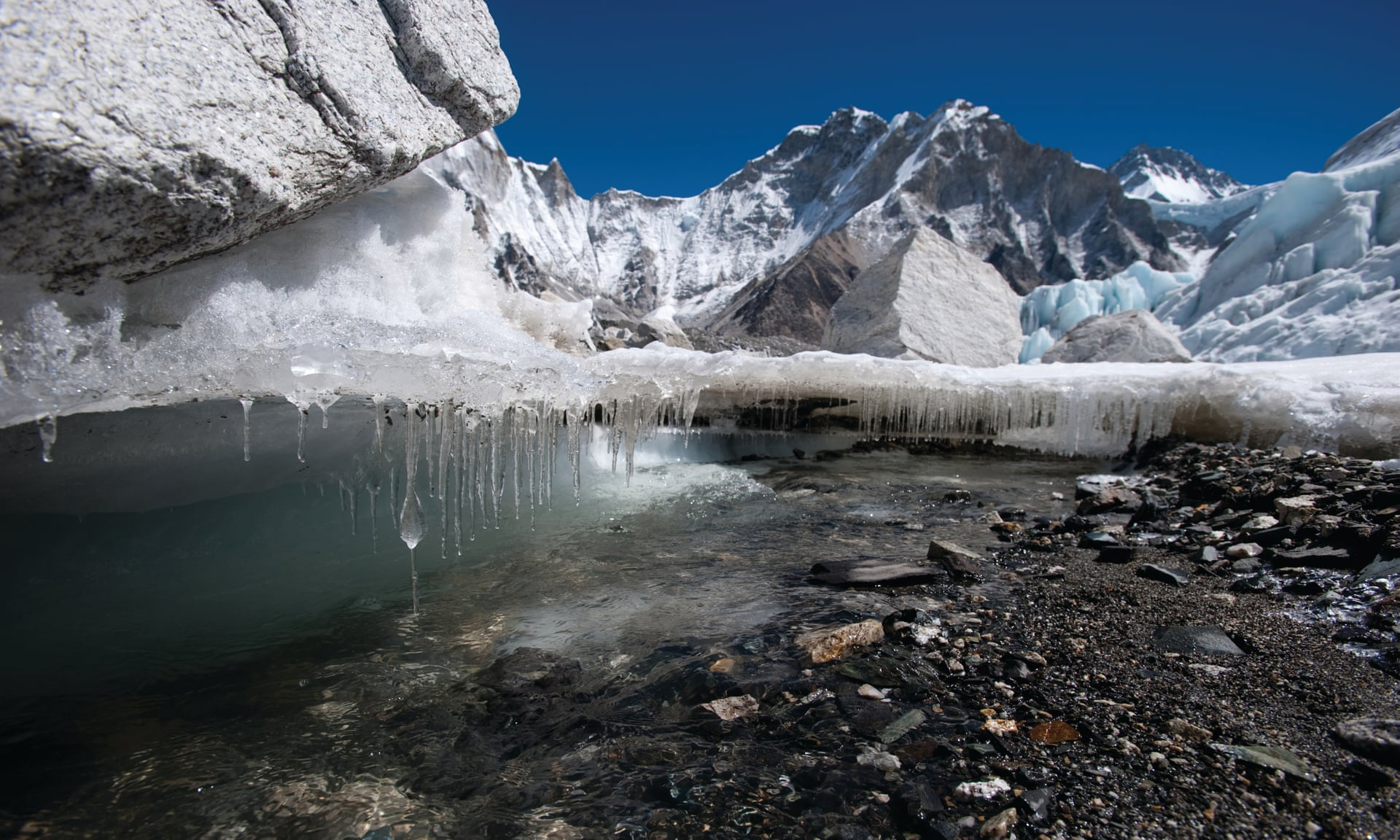 At least a third of the huge ice fields in Asia’s towering mountain chain are doomed to melt due to climate change, according to a landmark report, with serious consequences for almost 2 billion people.

Even if carbon emissions are dramatically and rapidly cut and succeed in limiting global warming to 1.5 degrees Celsius, 36 per cent of the glaciers along in the Hindu Kush and Himalaya range will have gone by 2100. If emissions are not cut, the loss soars to two-thirds, the report found.

The glaciers are a critical water store for the 250 million people who live in the Hindu Kush-Himalaya (HKH) region, and 1.65 billion people rely on the great rivers that flow from the peaks into India, Pakistan, China and other nations.

“This is the climate crisis you haven’t heard of,” said Philippus Wester of the International Centre for Integrated Mountain Development (Icimod), who led the report. “In the best of possible worlds, if we get really ambitious (in tackling climate change), even then we will lose one-third of the glaciers and be in trouble. That for us was the shocking finding.”

Wester said that, despite being far more populous, the HKH region had received less attention than other places, such as low-lying island states and the Arctic, that are also highly vulnerable to global warming.

Prof Jemma Wadham, at the University of Bristol, said: “This is a landmark piece of work focused on a region that is a hotspot for climate change impacts.”

The new report, requested by the eight nations the mountains span, is intended to change that. More than 200 scientists worked on the report over five years, with another 125 experts peer reviewing their work. Until recently the impact of climate change on the ice in the HKH region was uncertain, said Wester. “But we really do know enough now to take action, and action is urgently needed,” he added.

The HKH region runs from Afghanistan to Myanmar and is the planet’s “third pole,” harbouring more ice than anywhere outside Arctic and Antarctica. Limiting the global temperature rise to 1.5 degrees Celsius above pre-industrial levels requires cutting emissions to zero by 2050. This is felt to be extremely optimistic by many but still sees a third of the ice lost, according to the report. If the global rise is 2 degrees Celsius, half of the glaciers are projected to melt away by 2100.

Since the 1970s, about 15 per cent of the ice in the HKH region has disappeared as temperatures have risen. But the HKH range is 3,500km long and the impact of warming is variable. Some glaciers in Afghanistan and Pakistan are stable and a few are even gaining ice, most probably due to increased cloud cover that shields the sun and changed winds that bring more snow. But even these will start melting with future warming, Wester said.

The melting glaciers will increase river flows through to 2050 to 2060, he said, pushing up the risk of high-altitude lakes bursting their banks and engulfing communities. But from the 2060s, river flows will go into decline. The Indus and central Asian rivers will be most affected. “Those areas will be hard hit,” said Wester.

Lower flows will cut the power from the hydro dams that generate much of the region’s electricity. But the most serious impact will be on farmers in the foothills and downstream. They rely on predictable water supplies to grow the crops that feed the nations in the mountains’ shadows.

But the changes to spring melting already appear to be causing the pre-monsoon river flow to fall just when farmers are planting their crops. Worse, said Wester, the monsoon is also becoming more erratic and prone to extreme downpours. “One-in-100 year floods are starting to happen every 50 years,” he said.

The new report highlights how vulnerable many mountain people are, with one-third living on less than $1.90 a day and far away from help if climate disaster strikes.

Political tensions between neighbouring nations such as India and Pakistan could add to the difficulties. “There are rocky times ahead for the region. Because many of the disasters and sudden changes will play out across country borders, conflict among the region’s countries could easily flare up,” said Eklabya Sharma, the deputy director general of Icimod.

Hamish Pritchard, a glaciologist at the British Antarctic Survey and not part of the report, said it is “a substantial piece of work” that takes due note of the uncertainties resulting from the limited snowfall and ice measurements in the high mountains.

He said glaciers currently provide an essential buffering role as their meltwater flows into the rivers during the summer, which is when water is in greatest demand downstream and periodic droughts have the deadliest impacts on populations. “Take the ice away and those people are exposed to serious water stress and the consequences of that are local, regional and potentially global, in terms of conflict and migration,” he said.