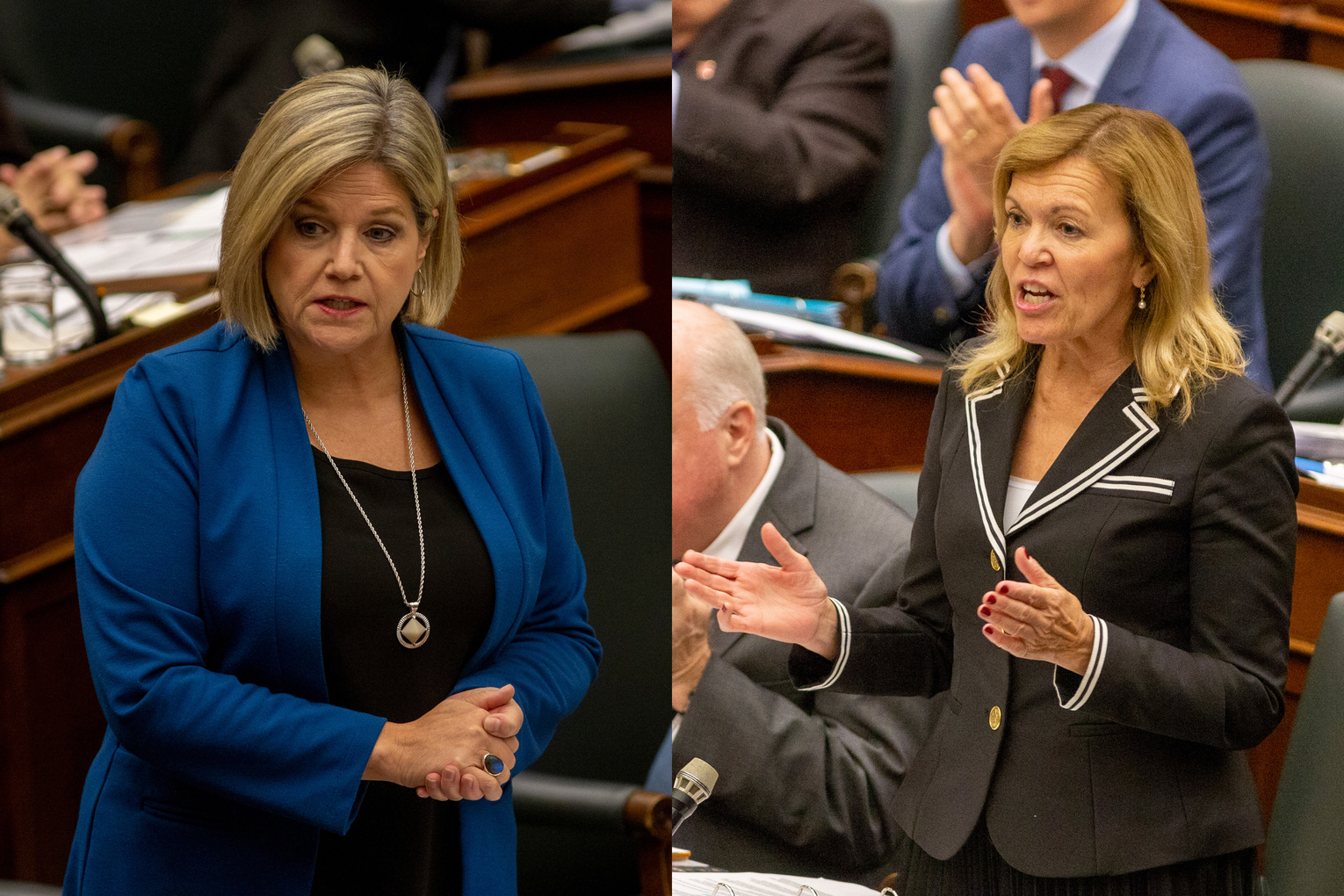 An Ontario government request for an Ontario Provincial Police investigation into a leak of its secret plans for healthcare has prompted fresh concerns about what will happen if a friend of Premier Doug Ford gets to lead the provincial police force.

The Ford government called the OPP to launch a probe after an internal investigation concluded that an unnamed Ontario government employee was responsible for a massive leak of documents to the official Opposition NDP about the creation of a "super agency" to overhaul healthcare in the province. The employee has been fired.

“This is exhibit A of why Ron Taverner cannot be OPP commissioner,” said Liberal MPP Mitzie Hunter.

The province's integrity commissioner is reviewing the nomination of Taverner, a close family friend of the premier, to the position of police commissioner. The nomination was announced after the government had modified the job description to ensure that he would qualify, iPolitics reported last fall.

In a new statement, Hunter expressed concerns about Taverner taking over the reins of the police force as it leads an investigation into an employee who may have caused them some political embarrassment.

“Doug Ford is asking the OPP to investigate a leak and alleging the NDP published stolen documents," she said. "In these situations the public must have confidence the OPP will act appropriately. That is impossible if the OPP commissioner is known to be a close friend of the premier.”

My statement in regards to Ford asking the OPP to investigate how the NDP obtained health documents. #ONPoli #ScarbTO #ONHealth pic.twitter.com/dfC1zheT9j

While Taverner's appointment has been postponed until the conclusion of an investigation by the integrity commissioner, Hunter reiterated that if his appointment does go through "it will undermine public confidence in the OPP."

The interim secretary of Ford's cabinet announced that the government had requested the police investigate in a note sent to all members of the province's public service on Feb. 4, 2019.

“As many of you may be aware, there have been media reports regarding the unauthorized disclosure of confidential government documents,” Steven Davidson wrote in the message. “I am writing to confirm that as a result of our investigation into this matter, the employee responsible for this breach is no longer employed in the Ontario Public Service."

He wrote that “the Ontario Provincial Police have also been notified" and reminded all staff of their oath as public servants "to protect the confidentiality of all information that comes into our possession unless we are legally authorized or required to to release it."

The firing comes five days after the NDP released draft legislation that details a plan, approved by cabinet, to overhaul the province's healthcare sector, which would include the privatization of services like health care inspections, laboratories, air ambulances and licensing.

A Jan. 22 briefing document that lays out the details for a new "super agency" was among the leaked records. The new agency would take over the planning and oversight duties of Ontario's health care system, including mental health services, knowledge sharing, patient relations and tissue donation and transplants, according to the document.

To do so, this super agency would “partner with public and private sector entities," allowing the government to transfer "all or part of the assets, liabilities, rights and obligations" of organizations such as Cancer Care Ontario, eHealth Ontario and the Trillium Gift of Life Network to the super agency. Many of these organizations are responsible for delivering home care, and one document warns of a potential risk of service disruptions.

And, according to the documents, front-line care would be managed by a new model for "integrated care delivery" formed through a bid system for which "expressions of interest" are due in March. The idea has sparked fears among NDP MPPs that front-line care would be converted to a for-profit model as the documents state that the super agency "may designate a person or entity, or a group of persons or entities, as an integrated care delivery system."

Folks deserve to know how Doug Ford’s secret overhaul of health care is going to impact the care of our loved ones. #ONpoli #ONhealth pic.twitter.com/QaHCWYvH1M

"If there was any doubt that this government is committed to massive privatization in health care, that doubt vanishes with this bill," Horwath told reporters on Jan. 31. "If Doug Ford plows ahead with this health-care privatization bill he has got one hell of a fight on his hands."

Horwath said she would not provide any information about the government leak and criticized the Doug Ford government for taking action against "whistleblowers."

Ontario Health Minister Christine Elliot responded by saying Horwath was "doing a serious disservice to legitimate whistleblowers by calling the individual who obtained these documents as such."

"This person did not uncover scandal or mismanagement. They uncovered draft public service documents that Andrea Horwath is now using for her own political and fundraising means," she told reporters on Monday.

A few days earlier, Elliott told reporters at a hastily-called Jan. 31 news conference at Queen's Park that the leaked document was "just a draft" and that Horwath had "got pretty much everything wrong."

"The way the system operates now is a mixture," she said, "but what we want to do is make sure that as we develop our transformational strategy we are looking at strengthening the public part of the system."

Elliot has yet to divulge details about whether the government plans to privatize any aspects of the provincial healthcare, saying only that they "are committed to our public health-care system," and that nothing has been finalized, and consultations are ongoing.

Despite Elliot's statements that the leaked documents were false, Horwath released the remaining documents on Monday morning, which revealed that the ideas for a super agency had been approved by cabinet, and three high-ranking civil servants had already been appointed to the newly created agency.

In a Jan. 31 statement, Elliott said much of the material has "never even crossed the minister's desk."

"Unfortunately, due to the importance of cabinet confidentiality, we are unable to confirm what has gone through the cabinet process," she said in the statement.

However the cabinet documents appear to be signed by both Elliott and given Royal Assent by Lt. Gov. Elizabeth Dowdswell, and detail payment plans for permanent board members for the super agency, which includes a $350 per diem for the chair.