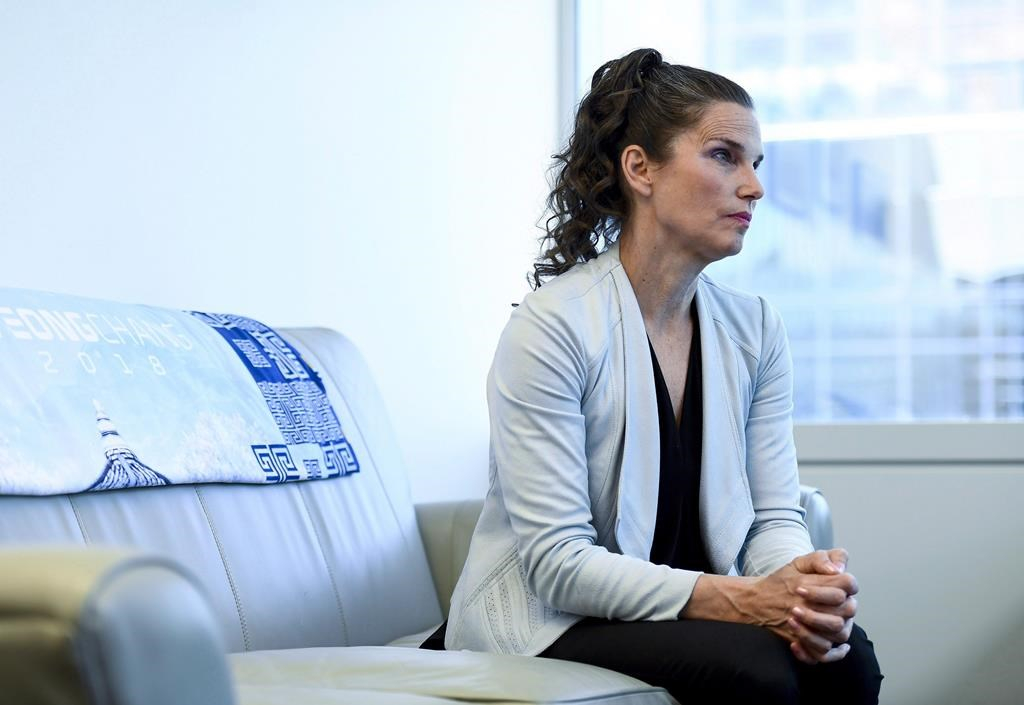 Minister of Science and Minister for Sport and Persons with Disabilities Kirsty Duncan is photographed in her office in Ottawa on Wednesday, July 11, 2018. File photo by The Canadian Press/Justin Tang
Previous story
Next story

Canadian politicians are banding together to address harassment, abuse and discrimination in sports, but details on their plans remain slim.

Kirsty Duncan, Canada's Minister of Science and Sport, announced in Red Deer, Alta., on Friday that the federal government, along with each province and territory, has signed a declaration to tackle and prevent harassment, abuse and discrimination in sport.

"This pan-Canadian declaration will drive a systemic culture shift to prevent abuse, discrimination and harassment in sport," she told reporters following a meeting with federal, provincial and territorial representatives ahead of the 2019 Canada Winter Games.

"Athletes must be at the centre of everything that we do. They have a voice and we must listen. They are not commodities, they are people and they need to be respected."

The move brings various levels of government together on the issue and will drive action going forward, ensuring there are policies in place to address abuse, and concrete measures are implemented to prevent it, Duncan said.

While the declaration includes commitments to eliminate gender-based violence against women and girls in sport, and work on concussion prevention and awareness, Duncan did not provide details on what steps would be taken next.

"This is a priority for all jurisdictions going forward. This will be on all federal-provincial-territorial meetings going forward. There's still work to be done and we're considering at the national level a range of options," she said.

The news comes amid headlines about Canadian athletes being subject to abuse, including a CBC investigation published on Sunday which reported that "at least 222 coaches" were convicted of sexual offences from 1998-2018. The report also said 34 other cases of accused coaches are currently before the courts.

An investigation of numerous sexual harassment complaints prompted Marcel Aubut to resign as president of the Canadian Olympic Committee in 2015.

In June, several former members of Canada's ski team spoke publicly about the abuse suffered at the hands of former coach Bertrand Charest in the 1990s. Charest was convicted last year of 37 offences of sexual assault and exploitation.

A group of Canadian wrestlers, including Olympic champion Erica Weibe, wrote to Duncan in December, appealing for an independent body to investigate harassment and abuse. They claimed that a conflict of interest and inconsistency in the current system had created an environment of fear and mistrust.

Duncan told reporters on Friday that she believes a "third-party mechanism" is important when it comes to investigating abuse cases.

Tackling abuse in sport will take co-operation from an array of groups, said Duncan, a former gymnast and long-time coach.

The declaration shows that Ottawa, along with all of the provincial and territorial governments are committed to doing what they can to ensuring athletes are in a safe environment, said Ricardo Miranda, Alberta's minister of culture and tourism.

"Now we have jurisdictions in agreement to share information and work together, things that perhaps that may not have happened in the past, that have allowed for certain situations to present themselves," he said.

— with files from Lori Ewing