By Michael Wernick | Opinion, Politics | March 6th 2019
#123 of 138 articles from the Special Report: Secrets of Government
Fund this Report 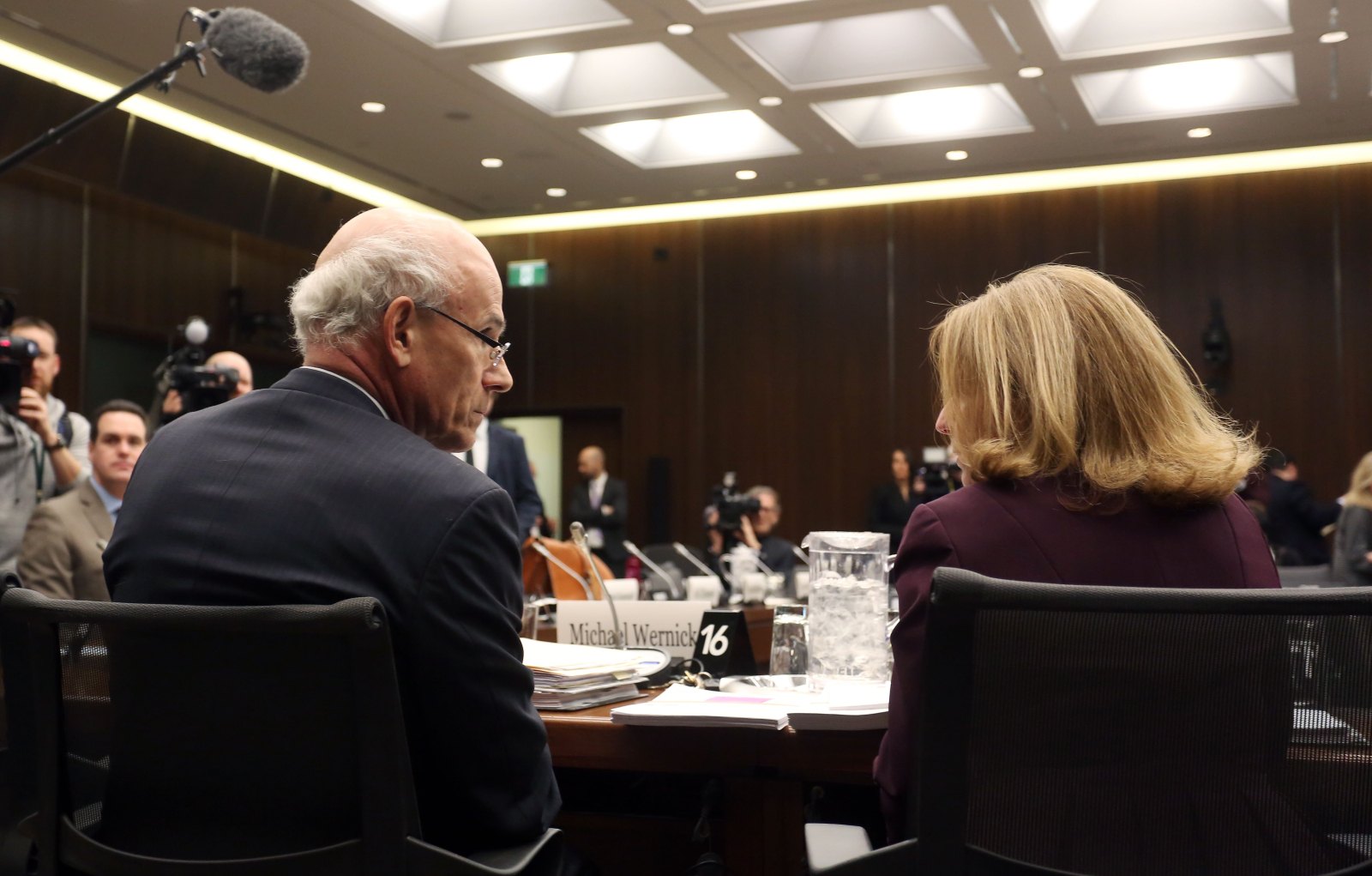 The following text is a copy of the opening statement by Michael Wernick, clerk of Canada's Privy Council Office, prepared for his appearance at the House of Commons justice committee on March 6, 2019.

It has been suggested that my testimony to the justice committee on February 21, 2019 was “partisan,” presumably in content or motivation. I would like to respond. I would also like to provide the committee with my recollection of the conversations I had with the former attorney general.

I work at the intersection of the public service and the elected officials, and I am present for many discussions that touch on matters some would see as “political.” It is my role to be aware of this context but I do not ever give advice that is partisan in content or motivation.

As clerk, it is part of my job to give the prime minister impartial advice and feedback on how his ministers are exercising their roles, their relationships with colleagues and with the public service. The prime minister and his staff seek my advice before cabinet shuffles and I have been the main advisor on appointments and deployments of deputy ministers.

As secretary to cabinet, my job is to ensure the smooth flow of decision making through the cabinet system. The most scarce resource in Ottawa is time at cabinet and I work hard to ensure discussions are well prepared, due diligence has been done and options crystallized so that ministers in the cabinet room can focus on the key aspects of decisions before them. Part of my job is to keep the government’s agenda moving.

As the 23rd clerk, I have tried to be open with Canadians about my role and my perspectives. I communicate with them through a website (clerk.gc.ca) and presence on Facebook, Twitter and LinkedIn. All of my speeches are posted. I have given media interviews and I have appeared before parliamentary committees. As head of the public service, I submit a report to Parliament and Canadians every year on the state of their public service. I have always tried to be direct in my language.

I am disappointed to be accused of partisanship by people who have never met me. My career is on the public record. I have held the highest security clearances of this country for many years. I was named to deputy minister level positions by Prime Ministers Chretien, Martin, Harper and Trudeau. I participated in the transition exercise, the swearing in and the first cabinet meeting of Prime Ministers Martin, Harper and Trudeau. I have attended more than 200 meetings of cabinet and its committees since 1987. I have attended first ministers meetings with four prime ministers. I set all of this out because it has been suggested I am part of someone’s agenda. I serve the government of the day.

Turning to the discussion at the standing committee on February 21:

My comments about the ethical conduct of the government, and previous governments for that matter, were not motivated by a desire to burnish their image. I have spent thousands of hours with politicians and political staff of all stripes and am in a unique position to attest to Canadians from direct personal experience that they are well served by the women and men who work in the offices of the people they elect.

Since I was last here, there have been a few developments. One is that several people have suggested I am more political than a public servant should be. I hope I have clarified that I understand my role in government. The other development is the waiver and that the former attorney general has testified.

I will not respond to all of her evidence but I do want to make a few points.

My understanding is that one purpose of deferred prosecution agreements is that corporate criminality does not devastate workers, pensioners, suppliers and others who did nothing wrong. This is in the Criminal Code and it is part of the public interest consideration. In speaking to the AG in December, I was giving her contextual information about SNC-Lavalin directly relevant to the decision she had to make.

When I mentioned to the AG on September 17 that there was an election in Quebec I did not do so out of partisan considerations. That is an unfair inference. It is a long-standing convention for the federal government to stay out of the fray of provincial election campaigns. In mid-September, based on the company’s public disclosure obligations, I was concerned that a purely federal issue could surface in the last two weeks of that campaign. It’s my job to remind elected officials about those conventions.

The PM assured the AG in my presence in September and in writing in December that the decision about prosecution was always hers to take.

On January 10, the cabinet shuffle was finalized and the next day in the context of calling the five deputy ministers who were affected, I called Nathalie Drouin and asked her to make sure the new Minister of Justice and Attorney General would be brought up to speed on a number of prominent files that he would likely face questions about in the near future, perhaps as soon as the cabinet retreat on Wednesday, two days after the swearing-in. I mentioned the carbon pricing litigation, the Norman trial, TMX, and SNC-Lavalin. I don’t know if the deputy attorney general will agree but I never singled out SNC as the only issue and it is a misreading of my conversation with the deputy attorney general to suggest it was.

I stand by my testimony of February 21.

Turning to the testimony of the former minister on February 27:

The former minister maintains that her decision, a decision to take no action, was final in September. But she had the ability, as new public interest considerations emerged, to reassess the context and re-examine her reasoning. That is the most she was ever asked to do.

So I repeat my contention that the minister experienced lawful advocacy to consider doing something lawful in the public interest. I made no threats, veiled or otherwise, that the minister’s decision would lead to consequences for her. My position at all times could be captured by the phrase “non-ingerence, non-indifference”.

It is my contention that the minister was doing her job and I was doing mine.

Like the former minister, I have sought legal advice about what I can and cannot say today. I have been advised not to opine on the minister’s reasoning or state of mind because some of the issues are or will be before the courts.

My recommendation to the committee would be to develop an all party report proposing improvements to the law around deferred prosecution agreements. Your recommendations could be adopted by the House in a single sitting day and become law before the end of this Parliament.

The committee may also want to further explore the potential separation of the attorney general function with a view to informing Canadians and permitting each party to take a clear position during the imminent election campaign. This is a change that could have consequences, intended and unintended, for decades to come and should not be rushed.

Finally, the committee may wish to hold hearings on the attorney general of Canada’s directive on civil litigation involving Indigenous peoples, issued by the former attorney general on January 11, 2019. The directive to all Government of Canada litigators could mark a profound change in Canada’s legal landscape. However, it could be repealed or gutted at the stroke of a pen and turn to ashes. All political parties now need to be clear with Canadians on the future of this directive.

Michael Wernick is the clerk of the Privy Council Office.

As a former senior manager in

As a former senior manager in the federal bureaucracy (through both Liberal and Conservative governments), I know something about the junction of politics and the civil service. Mr Wernick's job is that of the most senior civil servant in the country, and yet it (the job) cannot help but be sensitive to political realities. To expect a complete and total separation is to be naive in the extreme. The reality is very complex, and in fact, it does very much depend on respect for convention in the kind of government system found in Canada. When conventions are undermined, however, serious doubts arise, since conventions by definition are only real when everyone respects them, and understands their importance. Big business cares nothing about conventions and will always seek to undermine to meet its selfish ends; that is to be expected. The institutions of our democracy depend on people like Mr Wernick. Those politicians who would use political hyperbole to undermine his role and position are doing Canada no service, and they should be called on it. They know better.

He called the students

He called the students protesting tuition hikes Nazis, brown shirts and Maoists. What can a person even say about that. The kids were right. If we can afford billions for an oil industry which is killing our earth we can afford to abolish tuition for college and university students. They are our hope. The oil and gas industry is our death.

I find Mr. Wernick's advice to the Committee in his last three paragraphs difficult to square with his role, one he so aptly described in the beginning of his testimony.

It is not up to the Clerk to suggest what laws Parliament should pass or directives it should review. He should give that advice to the Prime Minister.