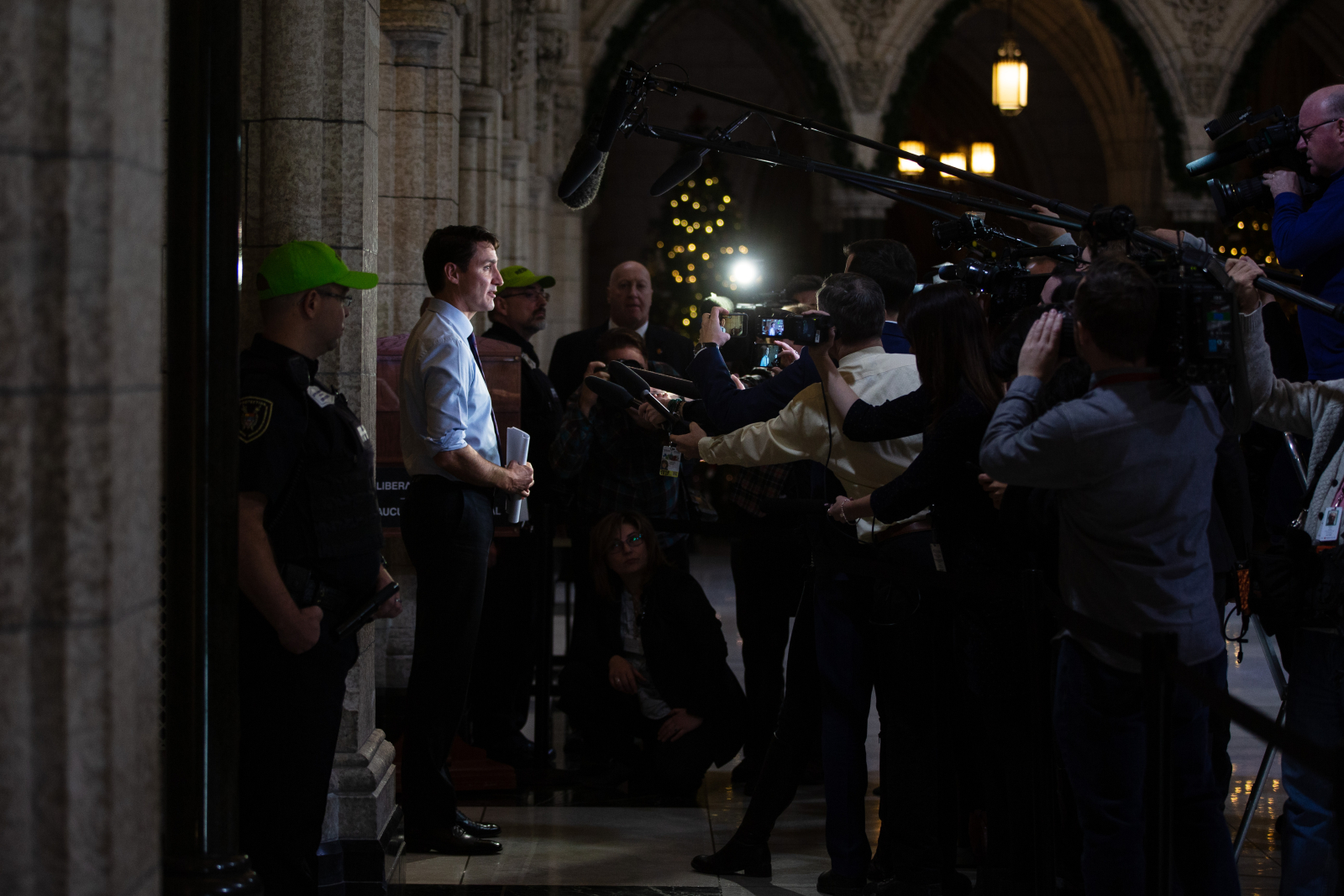 Prime Minister Justin Trudeau speaks to reporters on the way to parliament in Ottawa in November 2018. Photo by Alex Tétreault
Previous story
Next story

Canada’s federal government wants to strengthen citizen resilience to online disinformation, it said in its 2019 budget, as democracies around the world face increasingly complex attempts to maliciously influence public opinion and voting intentions.

The budget tabled by Finance Minister Bill Morneau, the Liberal government’s last before an October election in which such efforts are expected to feature, would allocate $19.4 million over four years to launch and run a Digital Democracy Project to “support research and policy development on online disinformation in the Canadian context.”

It said that foreign influence and disinformation campaigns had in recent years “created new avenues for malicious actors to interfere with the democratic process, as evidenced by numerous attempts to influence election outcomes around the world, including in well-established Western democracies.”

The funding adds to a $7.5 million Digital Citizen Initiative commitment to support digital, news, and civic literacy programs and tools.

The creation of false news and the often automated distribution of such content on social media sites has been cited as a factor in the victory of Donald Trump in the 2016 U.S. election and in Britain’s vote to leave the European Union in the same year.

The 2016 U.S. election also featured hacking of political party networks, as did the French presidential election of Emmanuel Macron in 2017.

The budget also provides for $4.2 million in additional funding over three years for the Communications Security Establishment to provide cyber security advice and guidance to Canadian political parties and election administrators.

The government said the investment in a Digital Democracy Project would also enable Canada to lead an international effort to develop guiding principles that would then be adopted as a framework for “efficient cooperation between governments, civil society organizations, and online platforms.”