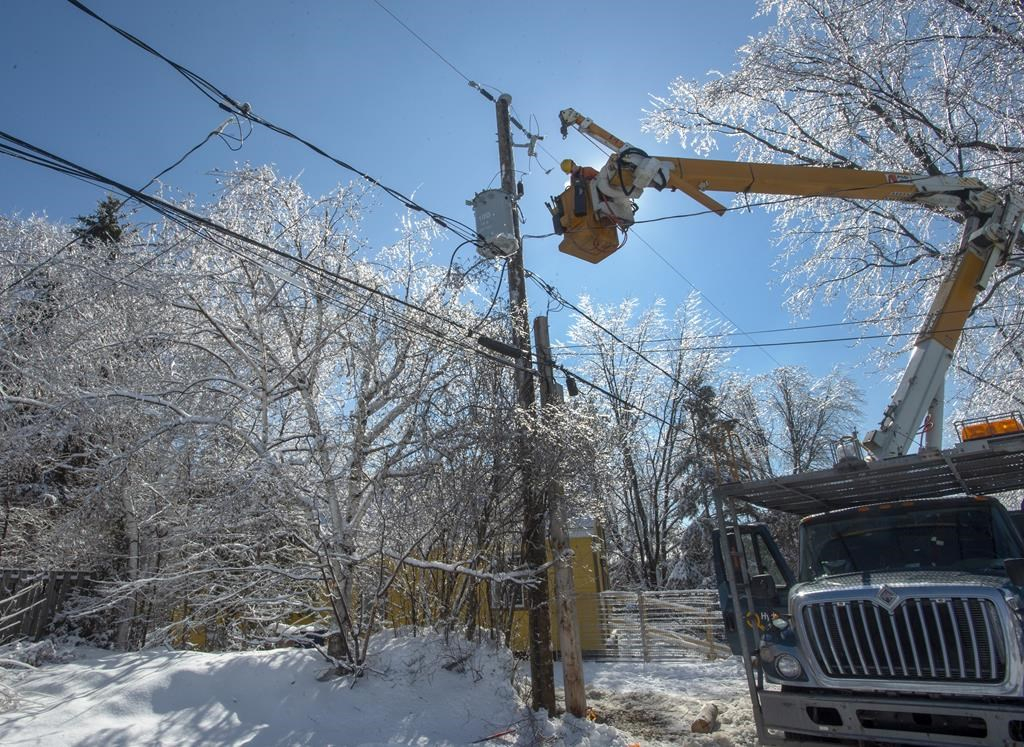 Hydro Quebec workers repair power lines in Laval, Que., on Wednesday, April 10, 2019 after an ice storm hit the area. Thousands of homes and businesses are still without power. Photo by The Canadian Press/Ryan Remiorz
Previous story

"We should be able to fix the large majority of power outages by tonight, so be careful," Legault said, adding that the utility expects to be able to reconnect all but 15,000 homes by 11 p.m. Wednesday.

Hydro-Quebec reported that 52,066 customers were still without power at 6 p.m. Wednesday, primarily in the regions of Laval, Lanaudiere and the Laurentians.

High winds and freezing rain on Monday left ice accumulated on trees and knocked down power lines. The utility says more than 313,000 customers were in the dark at the height of the outages.

On Tuesday, officials in Laval, a densely populated suburb just north of Montreal, said police were patrolling the city as phone service was down in some neighbourhoods. Sylvain Gariepy, operations chief for the Laval fire department, said firefighters went door-to-door to check on seniors and other vulnerable people.

Laval Mayor Marc Demers urged families and neighbours to look out for one another. "If you have members of your family — parents, brothers, sisters — who are in a zone that's lacking electricity, check in on their situation to make sure we're not forgetting someone in distress," Demers said.