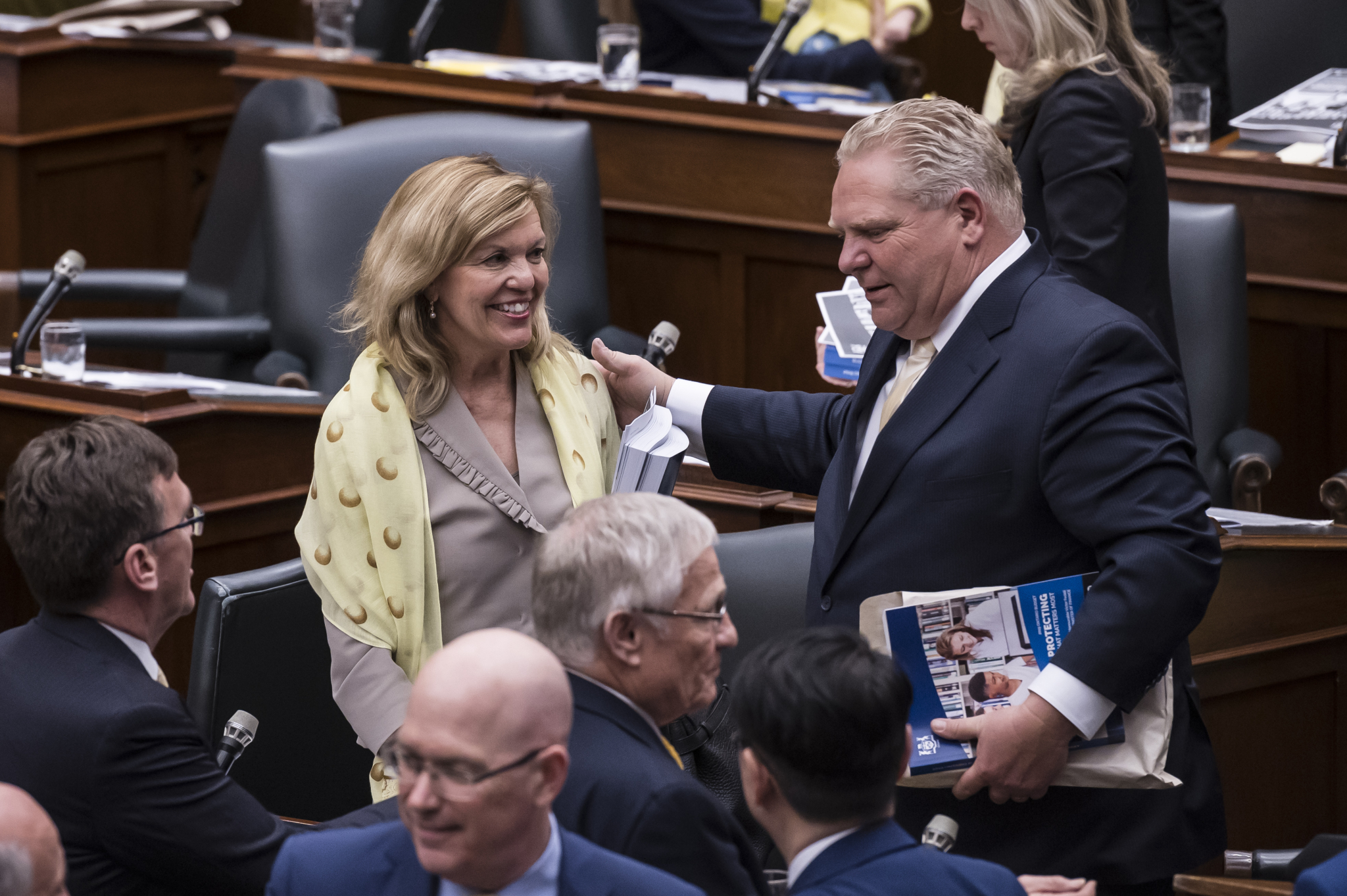 A longtime emergency responder says “lives are going to be put at risk” by the Doug Ford government’s unexpected decision to cut the number of paramedic services in Ontario.

Service providers and unions were “blindsided” by the government’s announced plan to slash the number of services from 59 to 10, Dave Wakely told National Observer.

He is an advanced-care paramedic and president of Local 277 of the Ontario Public Service Employees Union (OPSEU), representing more than 500 paramedics in the Peel region, which consists of three municipalities to the west and northwest of Toronto: Brampton, Mississauga, and the town of Caledon.

“We’re extremely concerned that the government is going to come in here and make changes to a system that is working for the people that we serve,” he said. “In our business, that means lives are going to be put at risk.”

Ontario Health Minister Christine Elliott's office is insisting that "no paramedic in Ontario will lose their job" as a result of the plan revealed by paramedics.

"Just the opposite" would happen, Elliott’s spokesperson Hayley Chazan said in a statement to National Observer.

"Our government is empowering our great frontline paramedics to improve the already great emergency care they provide each and every day," Chazan wrote.

Wakely, a 16-year veteran, doesn’t buy it. “I don’t believe the government when they say there will be no job losses,” he said.

The Ontario Association of Paramedic Chiefs (OACP) posted a message to its website on Monday that said "the province intends to reduce the number of paramedic services." The organization said the news was “unexpected."

Wakely added that he’s spoken to a number of colleagues around the province and hasn’t heard of anyone who was consulted by the provincial government ahead of the leak by the paramedic chiefs.

National Observer viewed the information on OACP's website Monday night, but the post has since been removed. (The organization did not respond to comment in time for publication.)

In a tweet Monday night, OACP said the paramedic chiefs were having an “emergency meeting” about the proposed changes.

Ontario Association of Paramedic Chiefs will have emergency meeting regarding proposed restructuring of:

The cuts appear to be the first move in a pledge in the government's budget last week to “streamline” ambulance services by integrating Ontario’s 59 emergency health services operators and 22 dispatch centres, and shrinking regional public health units from 35 to 10.

The budget also called for increased support for first responders suffering from post-traumatic stress disorder (PTSD) and to reduce the time it takes to get people to emergency rooms.

Chazan said the cuts were part of the government's "modernization agenda" that would "ensure emergency health services can better meet the needs of Ontario’s communities.”

"As we’ve said from the beginning, our government is spending health care dollars where they will do the most good for Ontarians – in frontline care,” she wrote. “We’re reinvesting back-office, administrative efficiencies right into improving frontline care.”

Wakely said that paramedics operate differently in different cities. Services in Toronto, Kenora and Moosonee, for example, will all look different because their communities and geography are distinct. He worries that consolidation of this magnitude could lead to standardization across Ontario that could create difficulties in the paramedic service.

“We do very serious work and coming in without consultation, making widespread changes, based on some sort of sound clip of integration just isn’t the sort of politics we need,” he said.

Wayne Markell, a 40-year veteran and deputy chief of the paramedic service in Cornwall, Ont., said that he’s unaware of anyone who had been contacted by the province about the plan. “We’ve received zero consultation,” he said. “We’re a little surprised, a little taken aback, and not really sure what the focus is or what the intent is.”

Markell said he would appreciate clarification from the health ministry.

He said he does, however, see some benefits of consolidation. Right now, every paramedic service in Ontario is trying to come up with their own plan on how to help frontline paramedics cope with PTSD. Consolidation could provide more guidance and direction from the province on how to do that effectively, he said.

Each service is “struggling to find the financial wellbeing or wherewithal to be able to produce something of value,” he said. “How to get an ambulance to your house in under eight minutes for this certain type is going to take a focus that’s very, very local.”

Jason Fraser, chair of the Canadian Union of Public Employees’ Ambulance Committee of Ontario and a 16-year veteran based in Peterborough County, Ontario, said that he, too, is unaware of any advance consultation.

“There’s been no transparency in this, so it’s quite shocking, quite alarming to us,” he said.

He added that if the government thinks there’s a problem in the services being provided they should reach out to the service providers and stakeholders to work with them on it.

Elliott's office was unable to provide details about whether emergency health services were consulted before these cuts were made, how 10 services would be bolstered to cover the entire province, and whether this would translate to more privatized emergency enterprises and increased costs to residents for emergency services.

"Paramedics should not be concerned about this," Elliot told the provincial legislature during Tuesday's question period. "I would anticipate that they would be happy about this, because they’re going to have better tools to do their job, to make sure that they can help their patients, to make sure that every patient receives excellent connected care. There’s nothing for paramedics to be worried about. They will continue to do their excellent work and we will need more of them than ever."

Emergency health services cost the province roughly $944 million in 2016-17 and were estimated to climb to over $1 billion this year, according to 2018 Ministry of Health statistics.

There was a planned increase of $4.2 billion for the Ministry of Health and Long-Term Care in the April 11 budget, but there was roughly a $257 million (nearly a 20 per cent) reduction to the Ministry of Municipal Affairs and Housing.

Ontario has already restructured some healthcare services, including reviewing or cancelling funding for a number of safe injection sites.

In a statement emailed to National Observer, Pat Vanini, executive director of the Association of Municipalities of Ontario, wrote that the province has “assured” AMO that they will be working with all stakeholders as this plan moves forward. “The people of Ontario are best served when both orders of government work together.”

With files from Fatima Syed