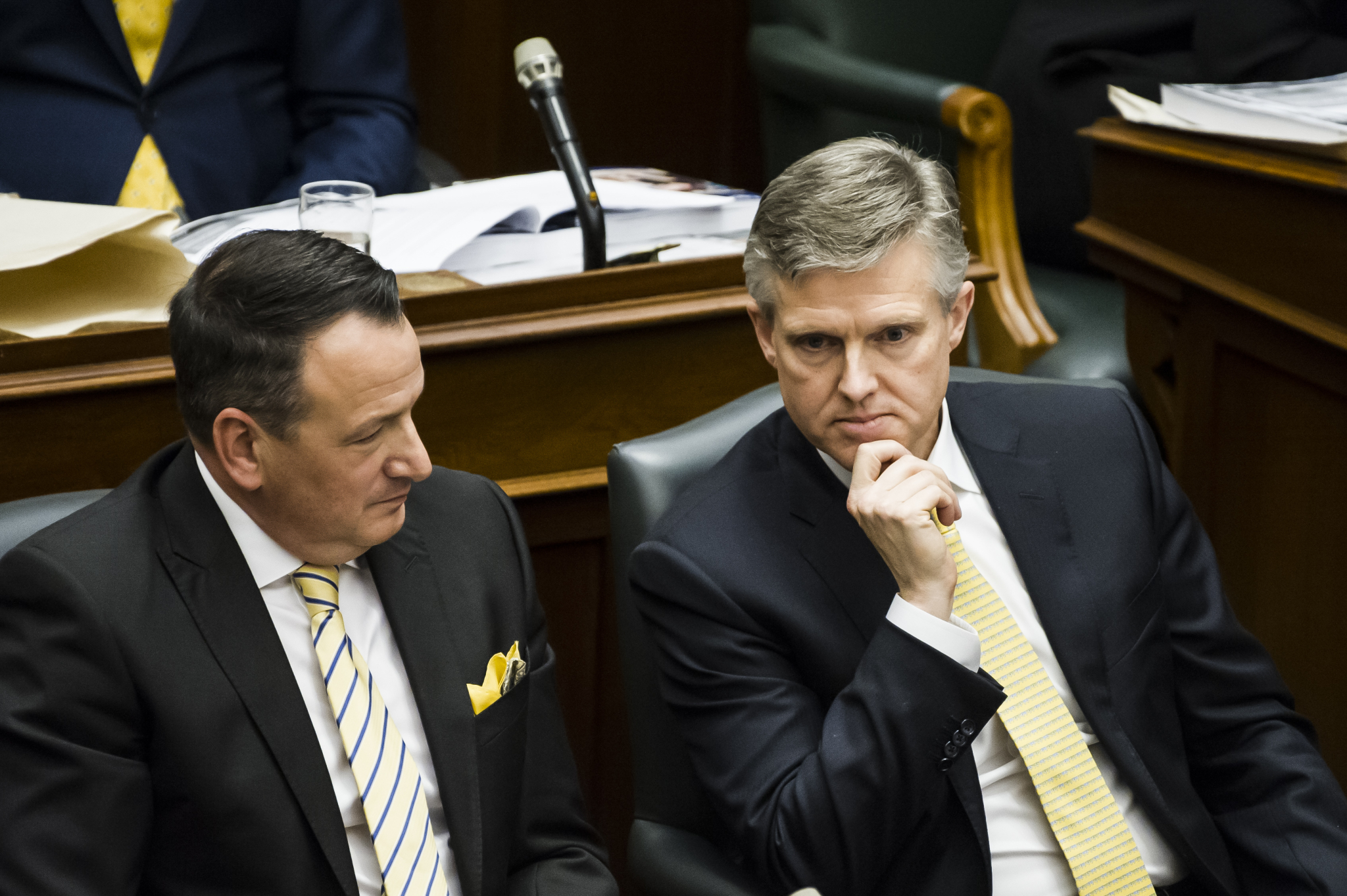 Ontario’s government wants to allow developers to pay a fee to avoid complying with environmental regulations that protect endangered species, while also making it harder for animals to make it onto that growing list.

Environment Minister Rod Phillips announced the creation of Canada's first independent Crown agency on Thursday to make "informed, unbiased and expert decisions" on how to use the funds to protect and recover populations of species at risk.

The agency will be called the “Species at Risk Conservation Trust” and it will collect regulatory charges that applicant can pay instead of completing “some of the more onerous and lengthy requirements of a permit” needed to build in or near an endangered species habitat, Phillips said.

“But let me be clear: applicants would still be required to take the necessary steps to minimize adverse effects,” he said. “This payment is not, by any means, an opportunity for businesses to walk away. It is an opportunity for an increased efficiency and a more strategic focus on how we preserve species and their habitats.”

It was not clear why a business would pay the charge if it still had to do everything it would otherwise have to do to be mindful of species at risk.

The Ford government’s significant changes are the result of the first-ever review of the decade-old Endangered Species Act that aimed to find "efficiencies for businesses” in January. The review received 15,000 comments and raised polarised concerns about strengthening protections for species at risk, as well as the “long, duplicative and unpredictable” approvals process the act mandated for developers, Phillips said.

“We know that people want to do the right thing, but can become frustrated when government duplication or uncertainty stymies the process,” he told reporters. “Our goal is to find the best way to protect Ontario’s species at risk by ensuring populations are transparently assessed by an independent scientific committee of experts.”

The government’s proposed trust fund would provide more “flexibility” in the process and reduce uncertainty, Phillips said. “We’re starting from the perspective that we can improve things, that we can do better.”

Two of the key aims of the act is to protect species at risk and promote stewardship activities. Schreiner says the government is undermining both of those with the proposed trust fund, which he called “a pay-to-kill provision” and a signal to developers “to go ahead and cut the tree down, so ahead and kill the species but if you pay into a fund we’ll do a little bit of research.”

Wildlife is vanishing at a rate not seen since dinosaurs went extinct.

Yet the Ford govt wants to pull the plug on the Endangered Species Act.

A very disheartening end to the week. https://t.co/5MmJFIGpew

In a joint statement, Environmental Defence, Ontario Nature and the David Suzuki Foundation called the proposed changes “regressive and dangerous.” They said the Ford government was “bending to pressure from industry and sprawl developers when they should be working to restore and protect vulnerable habitats.”

Over the last four decades in Canada, mammal populations have dropped by 43 per cent, amphibian and reptile populations are down 34 per cent, fish populations have been cut by a fifth, and some types of birds have lost between 43 and 69 per cent of their populations, according to a 2018 World Wildlife report.

Last week, a new study revealed that the last time the planet experienced a mass extinction of this scale — which wiped out the dinosaurs — it took Earth's species 10 million years to recover.

Greenpeace’s Shane Moffat said “at a time when the Earth’s wildlife are in crisis, we should be restoring our natural environment, not allowing big business to cut a cheque and send in the bulldozers.”

But Phillips strongly dismissed the idea that the trust was a “pay-to-kill initiative,” saying that it was a more efficient way to manage the adverse impact of development on natural habitat. He added that he hopes that Ontarians will look closely at the proposal and provide feedback “because this is important. We think we can do it better.”

‘We need a new kind of science’

The Ford government also proposed to change the classification process of an endangered species. Under the changes, the environment minister will have the ability to “temporarily suspend” species and habitat protections for up to three years.

The government gave the example of the barn swallow. When it was automatically listed as a threatened species in 2012, it caused “frustration for thousands of rural landowners and farmers,” according to ministry materials.

But NDP MPP Ian Arthur said opening this process up to ministerial discretion will allow the government “to pick and choose which developers get access to which parts of Ontario,” instead of it being determined by environmental needs.

According to Thursday’s proposal, a species that is threatened in Ontario but not threatened outside of Ontario, like the grey fox, may be delisted from the Species-At-Risk list.

“By considering the species condition both inside and outside Ontario, a species that has a smaller population in Ontario but is common in other parts of North America would not be classified as threatened,” the government said in its proposal.

Under the new changes, a species newly classified as endangered or threatened wouldn’t go on the list for a year, as opposed to the current three-month time frame.

“It’s wise to understand the whole scope of the species,” said Phillips, adding that this will allow “more time to plan” and consult with the public, stakeholders and Indigenous communities to find “collaborative solutions that best protect the species and consider the social and economic interests of Ontarians.”

It was not clear how Phillips’ concept of “more time to plan” for collaborative solutions could be reconciled with the Ford government’s stated goal of cutting red tape to allow for economic development, including for real estate development.

“We need a new kind of science,” he said. “There can be good reasons why a species comes off the list.”

The same day our paper is published showing a bumblebee in southern ON is at risk of extinction, the Ford govt releases their suggested changes to the Endangered Species Act. Cool cool.

There are presently 243 species at risk in Ontario. Phillips said no protections will be reduced unless there is “science-driven” advice to do so.

The government’s proposal also said that non-scientists will be allowed for the first time on the Committee on the Status of Species at Risk in Ontario (COSSARO) board which determines species’ assessment and classification results. COSSARO would also include members who have “community knowledge,” according to ministry materials.

According to Thursday’s announcement, the Ontario Environment Ministry is committing to invest and renew $4.5 million annually to the protection of endangered species.

Their proposed changes comes a week after the Ford government’s budget narrowed the scope of conservation authorities and cut funding for flood protection in half, and reduced the environment ministry’s budget.

Phillips defended the changes as part of the government’s effort to find what works for both Ontarians and the environment. “We think you can balance both,” he said, repeating his aim to create a “healthy environment and healthy economy.”

But a visibly upset Schreiner said that protecting species’ habitats has “direct benefits” to the economy.

“This has been a pattern of a sustained attack on environmental protections that is not in line of past conservative governments,” he said. “It is shortsighted.”

I'm not sure just what

I'm not sure just what Minister of Environment means when he speaks of doing science in a new way. The established "scientific method" may have its weakesses, like democracy, but so far it is better than any other method.

As for the environmental trust - that could be construed as a perfect oxymoron. There is no trust to be had when speaking of the Ford government's intentions for our environment. I think he believes environment is a great beer, a comfortable man cave van, and a large TV.