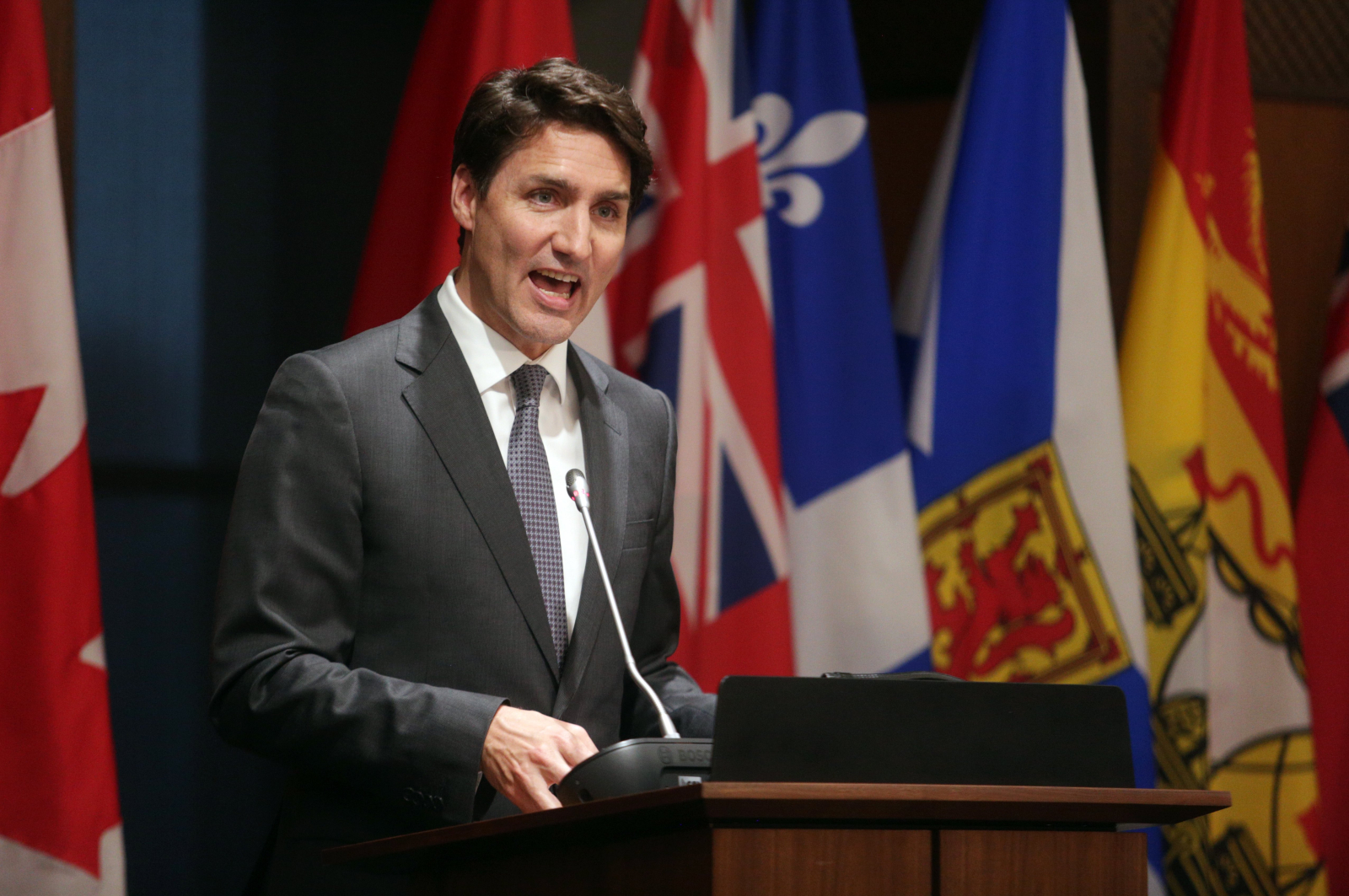 Prime Minister Justin Trudeau's government has just received new evidence backing his climate change policies from an unlikely source in the heart of the Canadian oilpatch.

A new report released on Thursday by the Calgary-based National Energy Board (NEB) says that carbon taxes are efficient at reducing energy consumption, and thereby emissions, by households and businesses. The analysis, titled Canada's Energy Transition, examined the shift underway as the economy moves from fossil fuels to clean energy.

It was prepared by non-partisan public servants who work at the energy regulator that is headquartered in downtown Calgary, surrounded by offices of oil, gas and energy companies.

"Carbon taxes often require little additional bureaucracy and can be incorporated within an existing tax system," said the NEB in the report. "Carbon taxes are transparent and predictable."

It explains different options deployed or available to help Canada make that transition, including the importance of energy efficiency policies. The NEB noted in the report that carbon pricing fosters innovation and greater adoption of clean energy technologies.

"Pricing carbon and adopting complementary climate actions will encourage businesses and households to improve efficiencies and reduce emissions while helping to build a more resilient economy," the report said.

It also noted that there were some drawbacks of carbon pricing, because of costs imposed on businesses and individuals, as well as questions about whether they would be effective in an environment of low energy prices.

In Ottawa, Parliament's budget watchdog also released its own report that concluded 80 per cent of Canadian households that would be subject to the federal government's price on carbon in Ontario, Manitoba, Saskatchewan and New Brunswick would get back more in income tax rebates than what they would pay from carbon pricing. The other 20 per cent, in a higher income bracket, would wind up paying more, the office of the Parliamentary Budget Officer said in its own report.

Residents in other Canadian jurisdictions are not subject to federal carbon pricing since their governments have introduced their own plans to meet a national standard that was set by the Trudeau government. The parliamentary watchdog also said that greenhouse gas emissions were projected to decrease over the coming years.

The two reports come at a time when carbon pricing has become a political football across the country with the federal government embroiled in a heated debate with provinces that are led by conservative premiers.

Last week, Premier Doug Ford's Ontario government was in court to present its constitutional challenge against Ottawa’s imposition of a pan-Canadian benchmark for pricing carbon emissions. Manitoba and Saskatchewan have filed their own separate court challenges, while Alberta’s premier-designate Jason Kenney has vowed to repeal the province’s own carbon tax and fight Ottawa’s as well. New Brunswick also chose not to adopt its own carbon pricing systems.

Energy supply and demand projections released by the NEB last year also assumed the federal government’s backstop carbon price of $20 per tonne in 2019, rising to $50 per tonne in 2022, is binding, despite current legal challenges from several Canadian provinces.

The latest NEB report also finds that while Canada is diversifying and adopting cleaner energy sources, it remains one of the most emission-intensive countries in the world. It identifies the pace by which Canada will be able to transition to a low carbon economy as a significant area of uncertainty.

According to the NEB, Canada’s transition to a low carbon economy depends upon three key areas: decarbonizing the electricity grid, transforming transportation, and “increasing energy efficiency through behavioural and technological changes.”

"The drive to reduce GHG emissions is a global focus and Canada's energy transition to a lower­-carbon economy faces a variety of challenges and uncertainties,” said Jean­-Denis Charlebois, chief economist at the National Energy Board in a press release.

“Our report provides an overview for Canadians on how the pace of change in energy markets, policy and technology may impact Canada's energy transition."

National Observer reached out to Charlebois for further comments but he wasn't available.

According to the NEB, Canada’s energy sources are becoming more diverse, and energy use and economic growth are decoupling. The regulator notes Canada’s energy demand is already slowing, and energy sources are becoming less carbon intensive. In a scenario in which Canada adopts more clean energy technologies, Canadians will use 15 percent less total energy and 30 per cent fewer fossil fuels by 2040.

However, according to the federal government’s own recent projections, Canada is on track to fall seriously short of its emissions reduction target under the Paris Agreement.

Canada has committed to reducing greenhouse gas emissions by 30 percent from 2005 levels by 2030. This amounts to a reduction of GHG emissions from 704 megatonnes (Mt) to 513 Mt. Released last week, Canada’s annual greenhouse gas inventory shows emissions have grown by 13 Mt since the last report. This means there is now a 79 Mt gap between current climate policies and Canada’s Paris target.

At the rate of emissions reduction measured between 2005 and 2017, it would take Canada more than 200 years to reach its 2030 goal. Oil and gas accounted for almost all of the 13 Mt increase in emissions. But according to the scenario laid out in the NEB’s new report, Canadian oil and gas production would continue to increase by 58 per cent and 33 per cent, respectively.

Editor's note: This article was updated at 8:56 a.m. ET on April 26, 2019 with additional information about a report released by the Parliamentary Budget Officer.

What is the NEB's mandate?

What is the NEB's mandate? Emissions? Environmental protection? Since when did the NEB show concern for the uncertainties and challenges of the low-carbon economy? Another manipulation by an oil industry organization. This is an unsolicited overreach by the Conservative government who just this week met with oil industry companies and organizations in Calgary. And the NEB head office is in Calgary too ... no, it just can't be politically motivated.

Belot: Albertans have been fooled by a myth about pipelines and the oilsands