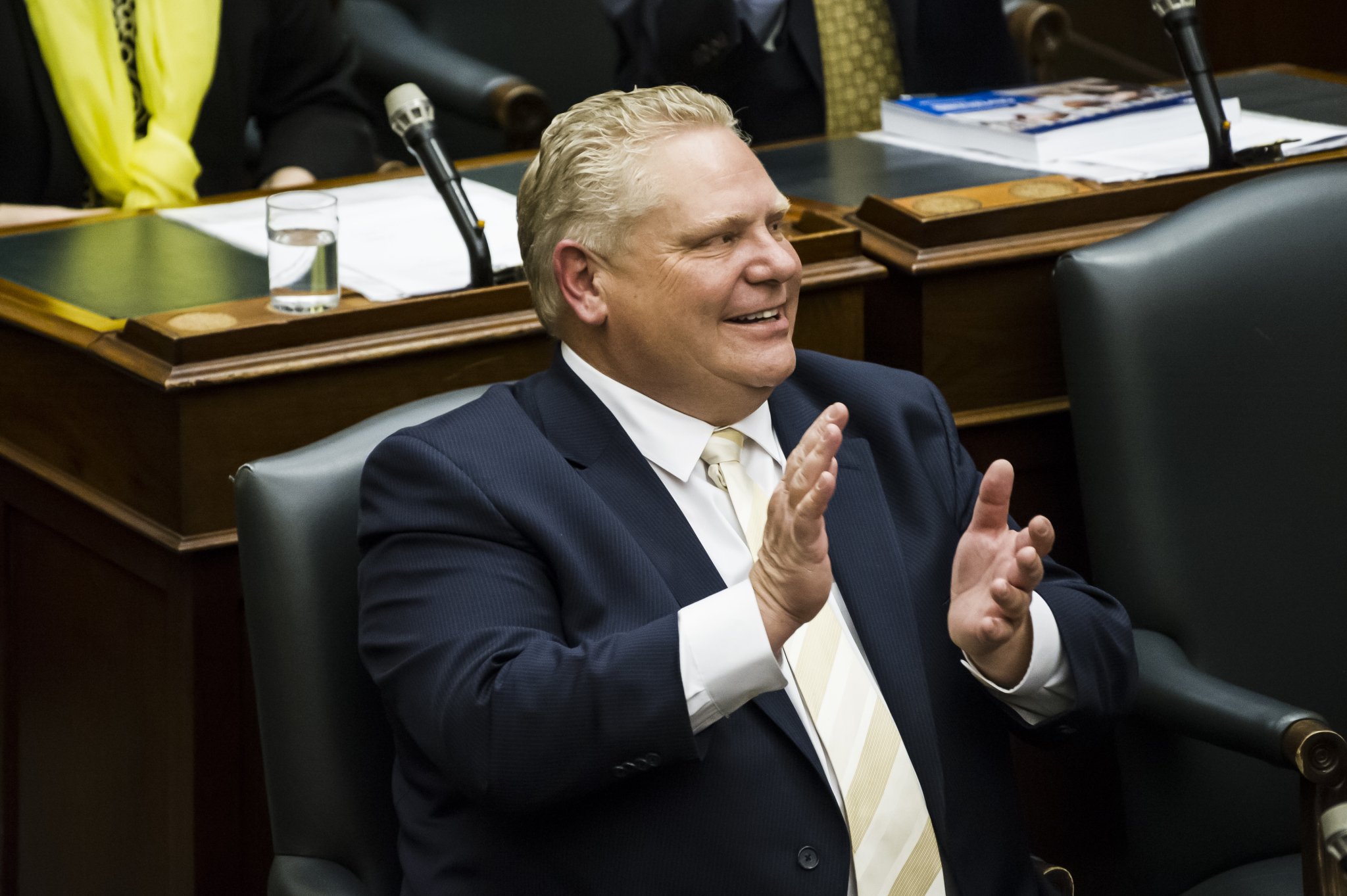 The premier of Ontario says he is coming to Ottawa on Friday to meet with city officials and tour areas impacted by flooding, after the city declared a state of emergency.

But Doug Ford had to hastily alter his public statement about the visit, after it became clear his plan to meet with the mayor wouldn't happen.

Ottawa Mayor Jim Watson declared a state of emergency Thursday, citing rising water levels along the Ottawa River and other waterways posing a threat to the health and safety of residents. He said flood levels in the capital are forecasted to exceed levels seen in 2017, when hundreds of homes were affected.

Ottawa is one of several cities across Ontario facing rising water levels and have declared emergencies. Bracebridge and Huntsville in Muskoka have as well. Meanwhile, hundreds of Canadian troops have been deployed to flood zones in Quebec and New Brunswick.

This is the second time in two years that spring flooding has overwhelmed Central Canada, after floods in 2017 forced evacuations and caused severe damage.

A major peer-reviewed report from Canadian government scientists this month warned of increased risks of inland and urban flooding in the coming years, as climate change warms the planet.

Most insurance companies in Canada have introduced overland flood insurance as weather patterns change, the Insurance Bureau of Canada has said. Climate adaptation experts say flooding is the number one cost to Canada, relative to extreme weather risk driven by climate change.

But as cities like Ottawa face increasing costs from events like flooding that scientists and insurance companies are connecting with changes in the climate, Ontario continues to pursue legal action against a nationwide carbon tax meant to cut the heat-trapping pollution that contributes to climate change.

Ford's office: 'it was a mistake on our end'

On Thursday afternoon, Ford's office released a statement saying the mayor had notified the Ontario government of the emergency declaration and had requested financial assistance and additional resources. Ford said he had "initiated the process to facilitate the City of Ottawa's request."

"I will be travelling to Ottawa first thing tomorrow morning to meet with city officials, tour the areas impacted by the flooding, and meet with residents to ensure they're getting the support they need from their provincial government," Ford said.

The statement from the premier originally included the phrase "meet with the mayor and city officials." Less than two hours later it was changed to remove the reference to meeting with Watson.

The mayor is "having surgery" on Friday, his press secretary Livia Belcea told National Observer, adding "he's going to be out of City Hall until Monday."

She said her understanding was the premier was coming, "but the mayor is not going to be with him." Ford's press secretary Ivana Yelich confirmed in an email "it was a mistake on our end" to include the mayor meeting.

'This job-killing carbon tax is tax on everything'

Ford's government says it has a new environment plan that simplifies rules for businesses, and will put in place a new emissions standard on industrial facilities to limit their pollution. Its recent budget also proposed a program to allow businesses to write off investments in clean energy and conservation equipment.

But Ontario conservation authorities have also said the Ford government is cutting funding for flood management programs in half.

The government also scrapped the cap and trade carbon pricing program that was in place in Ontario and is mandating that gasoline pumps in the province are affixed with a "gasoline transparency sticker" to reflect the extra 4.4 cents a litre from the federal pricing system.

The sticker does not show Ontario families are rebated the cost as part of their tax returns, nor does it mention the costs of impacts of climate change.

On Thursday, Energy Minister Greg Rickford‏ tweeted that he was "happy" to see a gas retailer post a note on a pump indicating the carbon tax is reflected at the pumps. "This job-killing carbon tax is tax on everything, making (Ontario) simply unaffordable," he wrote.

with files from Fatima Syed

They also didn't mention that

They also didn't mention that gas prices have risen $40 cents/litre in the last 2 months thanks to oil companies cranking their prices up steadily as the Carbon Tax startup approached. Who's complaining about them? Who's lobbying them? Cynical opportunism at its worst.

What a shameful bunch of

What a shameful bunch of ideologues....fight the carbon tax with lies and must post stickers, half the budget to respond to rising costs from overland flooding, and push on with planet killing fossil fuel schemes.