By Regan Boychuk | Opinion, Energy, Politics | May 2nd 2019
#11 of 14 articles from the Special Report: Legacy of liabilities 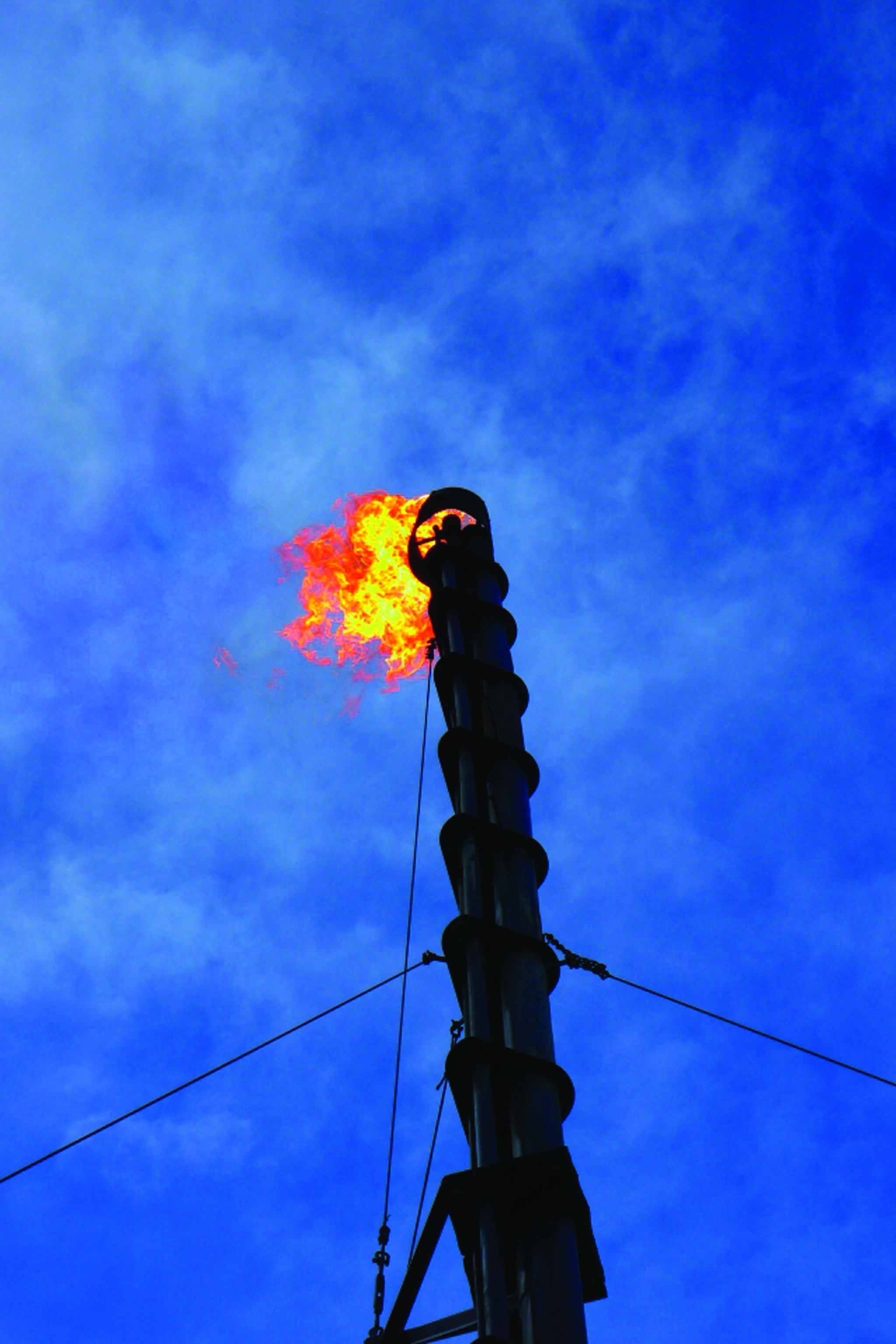 A flare stack in Alberta. Flaring is the controlled burning of natural gas during routine oil and gas production. Handout photo from the Alberta Energy Regulator
Previous story
Next story

The collapse of Calgary-based Trident Exploration Corp. and its surrender of 4,700 wells to the provincial regulator, is but a glimpse of the reckoning Alberta soon faces for its scandalous mismanagement of gas and oilfield cleanup.

The system isn’t just broken; it was designed to fail. Dramatic reforms are urgently needed to avoid the public inheriting bills for tens of billions of dollars to clean up a mess industry created while reaping handsome profits.

Fortunately, the solution isn’t complicated and could put every energy worker back for decades to come – if, and only if, political leaders muster the courage to ensure the polluter pays.

Trident Exploration was a long struggling natural gas producer unable to make a loan payment at the end of the month and unable to renegotiate its debt as the company’s decline approached a point where regulators finally began requiring money be spent decommissioning small numbers of idle wells and other facilities.

Trident’s lender, ATB Financial, was unable to extend financing to keep struggling Trident afloat. It was no longer able to simply sell off valuable assets and walk away from the rest – as ATB Financial had done with a number of insolvent clients in recent years until January’s Supreme Court decision on RedWater Energy.

Rather than carry out the Alberta Energy Regulator’s last-minute demands to clean up sites, post security, or sell assets to healthier companies, Trident ceased operations and terminated all workers before its directors resigned – leaving 4,700 wells on 4,400 sites for the provincial regulator to deal with.

The project by a coalition of former regulators, researchers, and landowners affected by aging oil and gas wells (of which I am a part), obtained the data and methodology behind an internal AER study of well cleanup costs via freedom-of-information requests.

The project showed well cleanup costs could easily be 200 to 350 per cent more expensive than the regulator’s public estimates.

This confronts Premier Jason Kenney’s newly-elected United Conservative Party government with a serious challenge. And there are fewer options to kick this can down the road than when former premier Rachel Notley’s New Democratic Party government was in a similar bind in November 2015.

Fortunately, the solution isn’t complicated and could put every #energy worker back for decades to come – if, and only if, political leaders muster the courage to ensure the polluter pays. #Abpoli #Cdnpoli

As it tried fulfilling its election promise to review oil and gas royalties, the NDP government faced pressure from industry about the multiplying number of wells left without viable owners.

In October 2015, the Canadian Association of Petroleum Producers warned in a presentation to the provincial royalty review advisory panel about the risks of the Orphan Well Association becoming overwhelmed and collapsing. The Orphan Well Association’s mandate is “to safely decommission orphan oil and gas wells, pipelines and production facilities, and restore the land as close to its original state as possible.”

The NDP managed to delay Alberta’s day of reckoning by lowering the world’s lowest royalty rates and welcoming billions in Chinese ‘investment' to buy up negatively valued and insolvent companies like Spyglass. The AER allowed Chinese-backed companies like Sequoia Resources Corp. to gobble up thousands of worse-than-worthless ‘assets.’

The Alberta government only collects about five cents per dollar of oil and gas production and previous royalty cuts have left the province mired in deficits for the last decade. Lowering royalties further is not a sane option.

The gambit of allowing foreign ‘investors’ to loot failed Alberta companies is already nearing the end of its course: Sequoia was forced into receivership after barely 18 months of operations because of unpaid municipal taxes.

(Another court case, Virginia Hills, is on its way to the Supreme Court of Canada as Alberta municipalities fight oilpatch efforts to have them classified as unsecured creditors unlikely to collect unpaid property taxes in bankruptcies.)

Taxpayers shouldn’t be on the hook

However, Premier Kenney does have an attractive opportunity to escape this dilemma. What’s more, it could also fulfill his election promises to put struggling oilfield workers back to work.

The province could operate Trident’s remaining wells, which still produce more than 10,000 barrels of oil equivalent per day, and use the revenue to fund the cleanup of Trident’s inactive and depleted infrastructure.

That is, after all, the premise the industry-designed LLR program to manage aging and expired oilfield infrastructure in Alberta: revenue from ongoing production is pledged towards cleanup of inactive wells. The problem is, Alberta’s industry-captured regulators have never even tried to collect the revenue from the remaining production of failed companies.

Why pass valuable assets onto other companies to drain the dregs for their own benefit, when Alberta could use the promised future profits to put riggers back to work cleaning up leaky old wells across the province?

The United Conservative Party’s election platform called for a number of federal tax incentives to subsidize cleanup, but taxpayers shouldn’t be on the hook for this mess. Before meeting Prime Minister Justin Trudeau in Ottawa on Thursday, Kenney told reporters that one of the issues he might raise is "how we can work together to incentivize well reclamation in a way that also generates economic growth."

A proposal by Reclaim Alberta, of which I am a founder, to put Albertans back to work using revenue from the wells of failed companies to finance a cleanup could ensure full employment in the energy sector and that the polluter pays. Reclaim Alberta is a group researching and advocating the cleanup of inactive wells in the province as a job creation program.

Kenney’s choice will demonstrate whether he’s willing to hold industry accountable or whether he prefers to further line industry pockets at taxpayer expense.

Editor's note: This article was updated at 9:30 p.m. MT to add that the author, Regan Boychuk, is a founder of Reclaim Alberta.

An excellent idea Regan, and

An excellent idea Regan, and Albertans should get behind it. The problem is, few of them realize 1. how much money it is going to cost to clean up abandoned wells, or 2. that the companies going bankrupt do leave some wells that still produce.

Your idea to use those producing wells to pay for reclamation of the abandoned ones the company is dumping on the public is elegant......and easily doable.

But what are the odds a Jason Kenny would waste remaining oil revenues on something as ethical as this. More likely they will be bundled up with the liabilities and sold to some other foreign innocent.....for short term profit.

Create a fund that is tied to

Create a fund that is tied to the well not the company, so that money is available when the company goes belly, why accountants and auditors failed to setup a fund is grounds for a class action lawsuit by taxpayers to recoup the cost of cleanup