CBC head defends coverage after Scheer suggests too much focus on U.S. politics 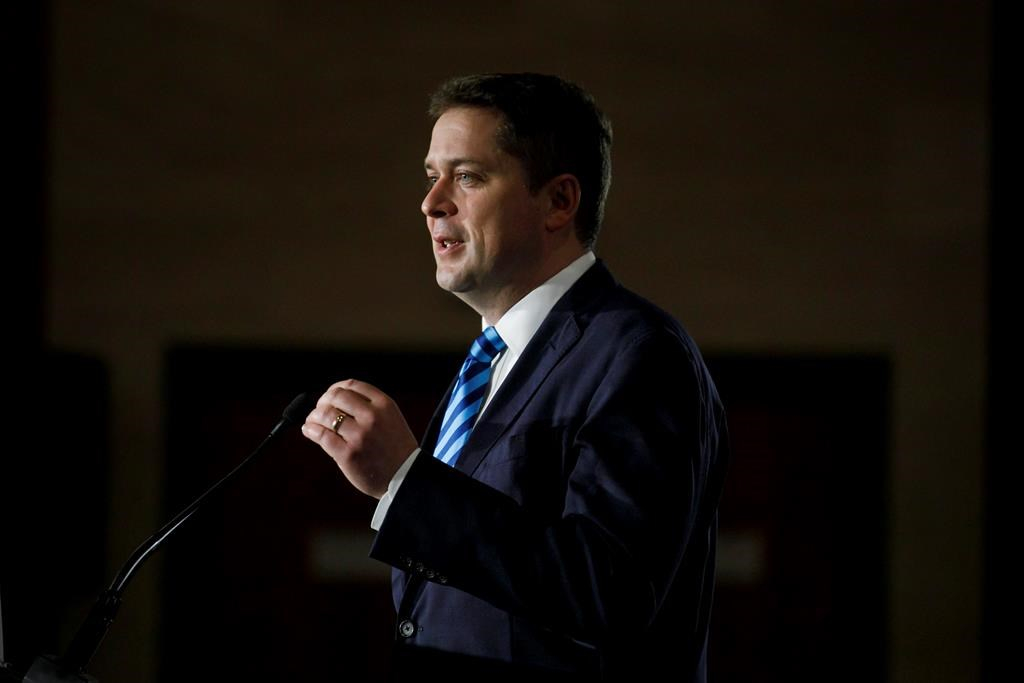 Conservative Leader Andrew Scheer announces his immigration policy at an event hall in Toronto, on Tuesday, May 28, 2019. File photo by The Canadian Press/Cole Burston
Previous story
Next story

The CEO of the CBC is defending its coverage of American politics after Conservative Leader Andrew Scheer suggested the public broadcaster places too much emphasis on the United States and should focus more on Canadian stories.

Catherine Tait appeared Thursday before a committee of MPs in Ottawa and was asked by Liberal MP Wayne Long to respond to Scheer's comments, which he said he found concerning.

Tait said the CBC's primary focus is local, but it's important to also cover news from around the world.

"If the news is happening around the world, our journalists will continue to report on it, because it's important that Canadians have the Canadian lens on what's going on around the planet that could affect our lives as Canadians," she said.

Earlier this week, Scheer told The Canadian Press that if he is elected prime minister, he would like to scrutinize the national public broadcaster to ensure the CBC tells enough Canadian stories.

Tait stressed the importance of the CBC remaining independent of any government involvement in its work, noting this is the fundamental difference between a public broadcaster and state-run media.

Among its recommendations submitted to a panel that has been tasked with reviewing the Broadcasting Act, the CBC has asked for more independence for its board of directors and CEO, who are currently appointed by the Prime Minister.

"To the point about political interference or government interference — we're obviously respectful of the democratic process that we live within, but independence is core to providing Canadians with fair and balanced news and points of view," Tait told the committee.

As for the CBC being in competition with other private media companies — something Scheer said has created a "distorting effect" on the media market," Tait argued streaming websites and social media giants like Netflix, Amazon, Facebook and Google are the real competition.

"They are not devoted to supporting or nurturing the development of Canadian artists or creators, Canadian amateur athletes or Canadian perspectives. That's our job."

Tait also said the Crown corporation's revenues have been declining by $20 million a year, despite a major cash infusion from the Trudeau government — as a result of government funding not being tied to inflation coupled with a decline in advertising and subscription revenues.

That old canard, that right wingers experience reality has having a left wing bias, is to the point here. I'll have my national news from journalists, not politicians on the make, thank you. Of particular interest right now, is the rising tide of intolerance, as well as the renewed war on women's reproductive rights. I trust the CBC to report on those issues, internationally...and in our own country as well.

Scheer should tend to his job......and let our very competent reporters do theirs.

Every time Scheer opens his

Every time Scheer opens his mouth he displays his astonishing ignorance of a world in which he wants to become a prominent player. If he contines to "play to his base" he will confine himself to the parochial minds he thinks essential to his success. "Populist" or "nationalist" leadership is, by definition, incapable of achieving a useful world view in a world that can no longer pretend to be able to survive on purely local thinking.