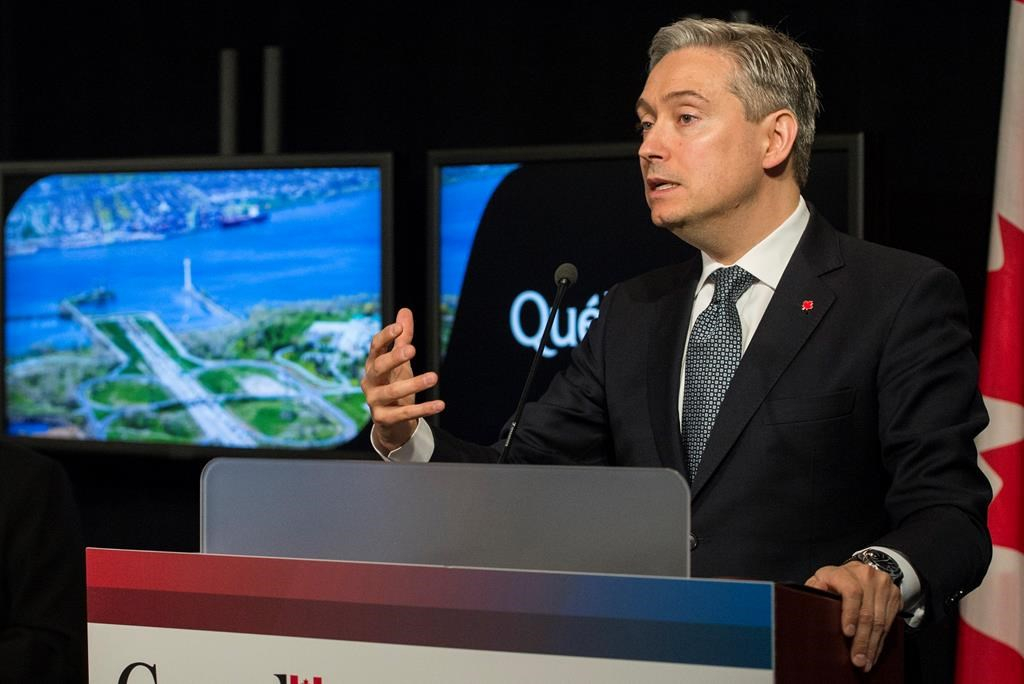 Francois-Philippe Champagne speaks during a news conference in Montreal, on June 3, 2019, where he announced into the repair and upgrade of the Louis-Hippolyte Lafontaine Bridge-Tunnel. Photo by The Canadian Press/Graham Hughes
Previous story

The federal and Quebec governments have announced a $500-million reconstruction project for Canada's longest highway tunnel — the Louis-Hippolyte-Lafontaine Tunnel linking Montreal to its southern suburbs.

"We're bringing Montreal infrastructure into the 21st century," said federal Infrastructure Minister Francois-Philippe Champagne, referring also to the new Samuel-de-Champlain Bridge expected to open at the end of the month.

Champagne and Quebec's junior transport minister, Chantal Rouleau, announced the funding deal in Montreal on Monday. Work is expected to begin in 2020 and last until 2024.

The investment in the 52-year-old tunnel — one of five links between Montreal and the south shore — will extend its life span by 40 years.

No fewer than 47 million vehicles use the Lafontaine tunnel every year, Champagne said.

"It's the longest highway tunnel in Canada," he said.

Planned work includes pavement, lighting, vaults, walls, signage and a fire protection system, as well as repaving of the highway between Boucherville and Montreal and necessary infrastructure for public transportation on highways linking to the tunnel.

Champagne wouldn't say how the funding would be divided between the governments, so as not to compromise the tendering process set to open soon.

He said it was important to announce the project to allow for preparatory work.

Rouleau said about 13 per cent of the vehicles that use the tunnel daily are heavy trucks.

She said the massive re-construction will cause some obstacles, but the province is planning mitigation measures including parking spots to encourage public transit use and lanes for buses and car pooling.

There's also a consideration of a river shuttle between Montreal and its southern suburbs.

There will also be an emphasis on communication with residents impacted by the work, Rouleau said.

"The work being announced today — everyone knew it had to be done," Rouleau said.