The Canadian government is making smart investments in electric vehicles 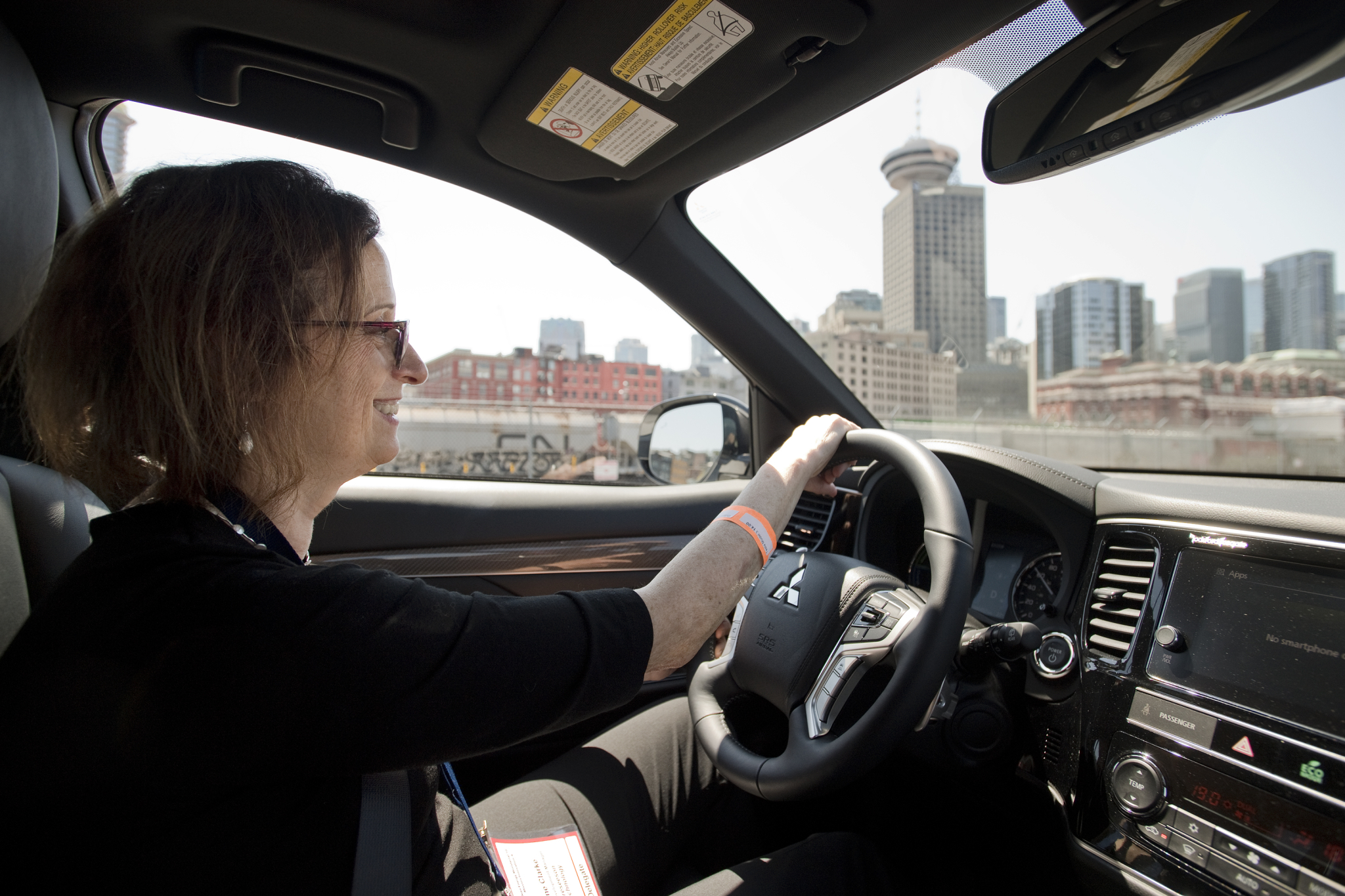 Darlene Clarke, business development manager at Forseeson Technology, smiles as she test drives an electric car outside a global clean energy summit in Vancouver on May 27, 2019. File photo by Jennifer Gauthier
Previous story
Next story

Last month, energy ministers and corporate leaders from around the world descended on Vancouver for the 10th Clean Energy Ministerial to discuss all things clean energy. But electric vehicles — from cars to buses to trucks — really stole the show.

To kick things off, the International Energy Agency released its new Global Electric Vehicles Outlook, the data-driven crystal ball of the electric future. The outlook predicts there will be 130 million EVs on the road by 2030.

EVs are among the most promising technologies for cutting pollution in one of Canada’s highest-emitting sectors. Roughly 25 per cent of our emissions come from transportation, with personal vehicles accounting for roughly half that. What’s more, we have a secret weapon that many Canadians aren’t aware of: our power grid is over 80 per cent non-polluting and getting cleaner every year. In other words, when we plug things into that grid, the pollution reductions are significant.

From Canada’s point of view, signs are looking good that we’ll ride the electrification wave. Canadian investment in EVs soared over the last few years, from next to nothing in 2010 to over $1 billion in 2017. More than 40 models of EVs are now available in Canada, a number that is rapidly ticking upward. Last year, the sale of new electric vehicles nearly doubled versus 2017. EVs now account for 2.5 per cent of all vehicles sold in Canada. And more and more Canadians believe their next vehicle will be electric.

What exactly is driving this trend? Canada’s federal government — supported by a couple of key provinces — is implementing many of the right policies and incentives to kickstart EV uptake. These measures will reduce carbon pollution while also helping Canadians benefit from lower fuel and maintenance costs. But some of these policies are pretty wonky. Do consumers and businesses know about the incentives on offer? As part of our series to help Canadians better understand the federal government’s climate policies, we’ve broken it down for you.

This, of course, stops short of a zero-emission vehicle mandate (that is, a requirement, as opposed to a target, that a certain percentage of Canadian automaker sales be electric by a certain date), like those in place in Quebec and now B.C. But it’s a step in the right direction and sends a signal to automakers that they need to start boosting production. If they don’t and supply lags behind demand, we could very well end up with a national mandate, as recommended by the federal government’s Advisory Council on Climate Action.

The federal government has also introduced a purchase incentive to make EVs more affordable. Rolled out May 1 of this year, consumers can access a rebate of up to $5,000 for electric-battery or hydrogen-fuel-cell vehicles. Fully electric cars with sticker prices below $45,000 are eligible for the full rebate, while plug-in hybrids can qualify for up to $2,500 off.

The rebate will also be available for higher-end versions of the eligible base models, so long as the final price after upgrades doesn’t exceed $55,000. This requirement led some carmakers such as Tesla to lower the price of their base models.

And make no mistake: these cars pay for themselves. The average Canadian driver could expect to save an average of $2,461 a year in fuel and maintenance costs. A new University of Calgary policy paper found that, with fuel savings and rebates combined, it could take as few as two years to recoup the higher purchase price.

When it comes to reducing carbon pollution, the biggest breakthroughs will come from businesses that run large fleets. Unlike consumers, who park their cars at work or home for large portions of the day, commercial vehicles like taxis and delivery trucks are in near-constant use, logging lots of kilometres day in and day out. Fleet vehicles are often bigger and pollute more too, which means they have higher emission-reduction potential if switched to zero-emission versions. Swapping out 1,000 conventional buses for electric ones would save an estimated 500 barrels of diesel every day.

As part of its EV policy package, the federal government is also introducing tax incentives for businesses looking to go electric. Companies that purchase EVs can write off the cost of passenger vehicles to a maximum of $55,000 plus sales tax in the year of purchase. They can also deduct the full cost of electric medium- and heavy-duty vehicles (such as vans, buses, and trucks) in Year 1, with no maximum amount. This accelerated tax write-off makes a big difference.

Leading companies are recognizing this and shifting accordingly. Walmart's Canadian subsidiary plans to convert 20 per cent of its fleet to electric power by 2022, with the purchase of 40 Tesla Semis. It has set a target of running 100 per cent of its trucks on renewable power by 2028. Ontario grocery behemoth Loblaw is also following suit, ordering 25 Tesla electric trucks and transitioning to a fully electric fleet by 2030, a move that would involve adding 350 zero-emission vehicles.

There are more than 65,000 Canadian companies whose primary business is in trucking. They’re looking to cut fuel costs and increase competitiveness. Going electric can help.

To top things off, the federal government will roll out more charging infrastructure, with plans to invest $130 million in recharging and refuelling stations, in addition to the $180 million already committed or invested, for a total of $310 million. Stations will target both high-impact and underserviced locations such as workplaces, public parking spots, commercial and multi-unit residential buildings and remote areas. Ample and visible charging stations are key to overcoming one of the top barriers to EV uptake: “range anxiety,” or the fear of losing charge mid-trip. It gives drivers peace of mind to know that, when it’s time to fuel up, they can find a plug.

The transition to electric vehicles is not a luxury, but a necessity if Canada is to realize its emission-reduction goals and help families and businesses save on fuel and maintenance costs. If current investment, policy and market trends continue, we’ll see more EV models on dealership lots, more electric fleets roaming the streets and more Canadians hopping into their EVs and riding off into the low-carbon sunset.

Joanna Kyriazis is a senior policy advisor and Dan Woynillowicz is the policy director at Clean Energy Canada, a think tank at Simon Fraser University.