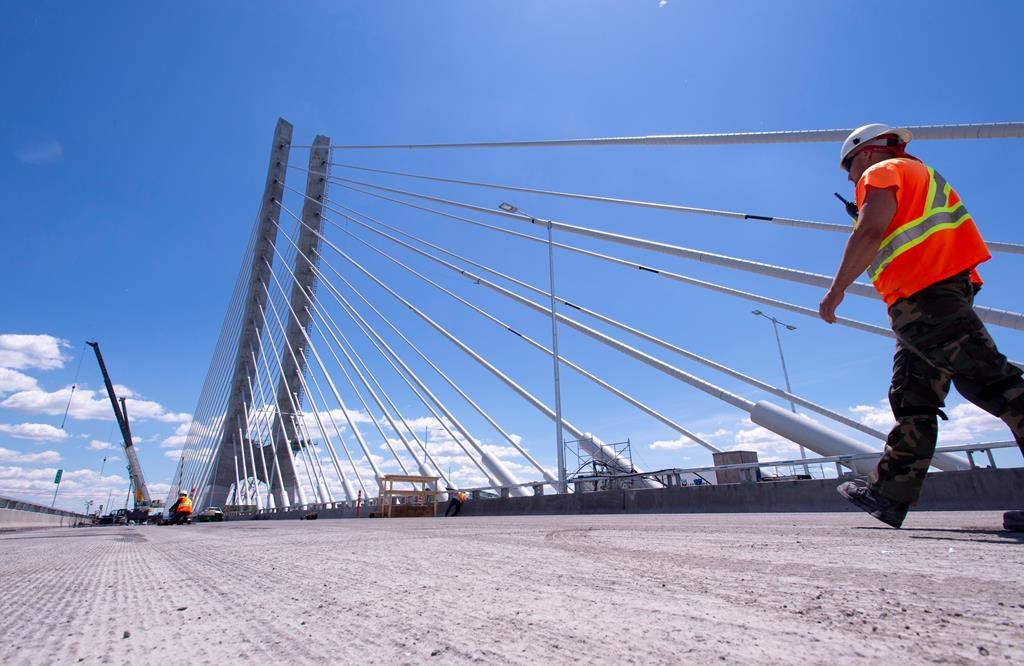 A worker walks on the north bound span of the new Samuel de Champlain Bridge in Montreal on Monday, June 17, 2019. Photo by The Canadian Press/Paul Chiasson
Previous story

The $4.2-billion bridge over the St. Lawrence River will open first to traffic headed to Montreal, and a week later, on July 1, the lanes headed off the island will open.

But Ottawa and the consortium in charge of construction have still not resolved what penalty will be paid for the late completion of a project initially scheduled to be ready last December.

Under the contract with the consortium, Signature sur le Saint-Laurent, penalties were set at $100,000 a day for the first seven days, then $400,000 a day for subsequent days, with a ceiling of $150 million. Analysts have said the penalty could hit $75 million.

The 3.4-kilometre span will open in two phases to ensure a smooth, safe transition of traffic from the crumbling bridge it replaces, which was built in 1962.

Champagne said in an interview there will be a price paid for the delay.

"I have always said that if there are delays, there will be consequences," he said. "The discussions are going to continue, because in a project of this size, there will always be demands."

If the two parties are unable to resolve their differences, it will be up to a court to decide, he added.