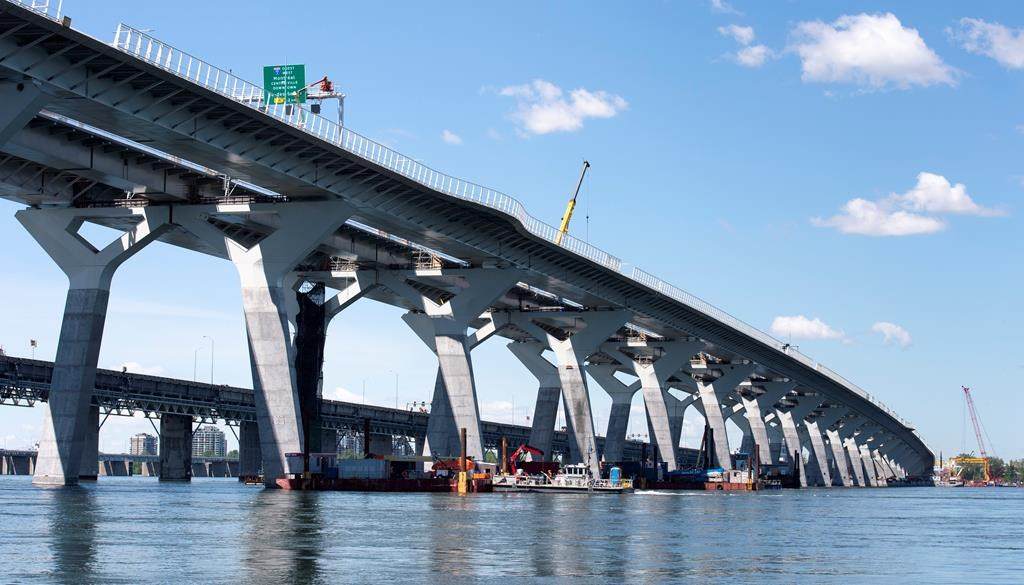 The new Samuel de Champlain bridge is seen with the old bridge in the background in Montreal on Monday, June 17, 2019. File photo by The Canadian Press/Paul Chiasson
Previous story

Federal Infrastructure Minister Francois-Philippe Champagne was riding in one of the first cars that rolled northbound across the newly built span at 5 a.m.

The 3.4-kilometre bridge over the St. Lawrence River counts three lanes in each direction, plus a central deck for public transit, as well as a multifunctional path for cyclists and pedestrians.

It was originally scheduled to open last December, but various delays pushed back the opening and added another $235 million to the original $4.2 billion price tag.

The bridge is open northbound only for the first week — the second phase of the inauguration is set to take place on July 1, when the lanes heading off the island will open.

The crumbling 57-year-old bridge it replaces, which has long been one Canada's busiest spans, will be dismantled over the next three or four years.