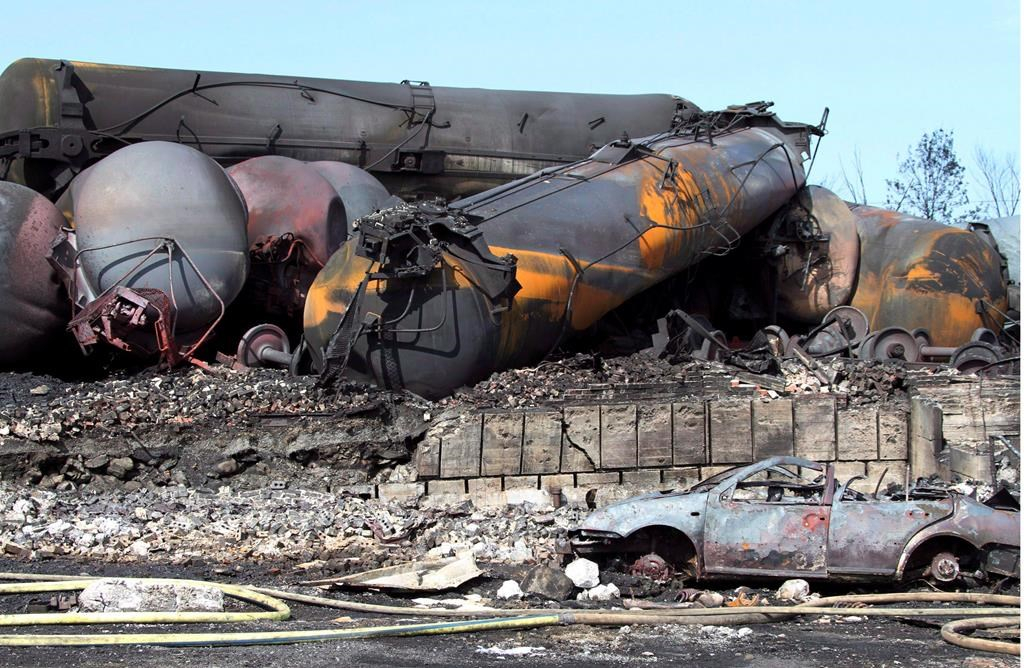 The sixth anniversary of the rail disaster in Lac-Megantic, Que., will be marked this weekend with events aimed at remembering those who were lost and recognizing how the community has grown since the tragedy.

Lac-Megantic has steadily rebuilt since the disaster, and Mayor Julie Morin says she wanted to recognize how the town has forged ahead.

In the early hours of July 6, 2013, a runaway train hauling tanker cars loaded with volatile crude oil barrelled into the town of 6,000, derailed and exploded, killing 47 people and destroying a large swath of the downtown area.

A commemorative church service is to be held at the Ste-Agnes Church on Saturday afternoon in memory of those who perished under the theme "remembering to rebuild."

The service will end with a moment of silence and a ringing of the church bells.

Gilles Baril, the priest of the local parish, says in a statement he wants to emphasize a message of life winning over death and locals providing each other with the comfort and strength needed to rise above.

"We did not choose the tragedy that killed 47 of our own and destroyed our downtown core," Baril said. "But we have chosen not to be slaughtered under the weight of suffering, thanks to the solidarity that has been woven between us and thanks to the tenderness we have received from everywhere beyond anything we could have imagined."

Other events are planned, including a number of annual weekend races and a concert involving a choir from Belgium on Friday night at the church.

The federal and provincial governments have agreed to fund a 12.8-kilometre bypass that will take rail traffic away from the downtown area in the coming years.

"This time will allow us to pay tribute to those we've lost, but also to highlight the progress made over the past six years," Morin said in a statement. "It is important to recognize the evolution of the community since the events."

By The Canadian Press in News, Politics | July 7th 2018
Opinion