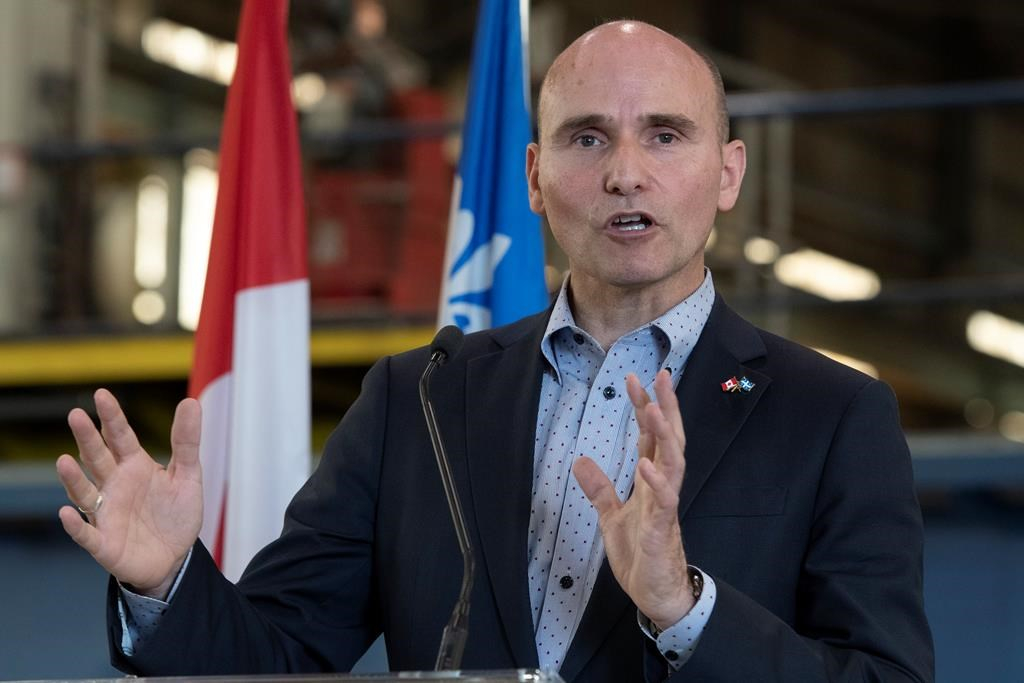 The federal government will roll out a simplified application form for the Canada Child Benefit this month — just as it gets a bump in value — after hearing about barriers for newcomers and Indigenous people who are eligible but don't go through the paperwork needed to get it.

The decision comes months after the minister in charge, Jean-Yves Duclos, was briefed about mounting concerns that eligibility rules and the application itself for the Trudeau government's signature child benefit may be barriers for some "at-risk" families.

While take-up rates are high, there are potentially thousands of eligible recipients who don't receive the benefit because they are informal caregivers who aren't recognized as legal guardians, or live on reserves and haven't filed tax returns.

A briefing note prepared for Duclos late last year also highlighted a particularly problematic situation for Indigenous families whose children are released from provincial child-welfare systems. Provinces and territories flagged the transition "as a challenge for Indigenous Peoples" partly because "families do not typically re-apply" for the benefit in that situation.

The briefing note said that the application would be overhauled to address concerns that it was too difficult to understand for some families, particularly newcomers to Canada.

The government says the new form is to be published this month — just as the benefit goes up to keep up with increases in the cost of living — and outreach to 700 First Nations is ongoing to help families apply for benefits, including pamphlets translated into Indigenous languages.

"We recognize that some families, particularly Indigenous ones living on- and off-reserve, face particular challenges in accessing the CCB and other benefits," said Valerie Glazer, a spokeswoman for Duclos.

"We understand that the CCB is a valuable tool to help families who need it most, and we'll continue to work to ensure that everyone who qualifies for the CCB receives it."

On Saturday when the new benefit year begins, the maximum annual payment will increase to $6,639 for each child under age six, and $5,602 per child aged six to 17.

It's the second time that there has been a benefit boost since the Liberals agreed last year to peg the value of payments to the rate of inflation ahead of schedule.

The benefit has been linked to a reduction of some 278,000 children living in poverty since its introduction in July 2016, replacing the universal child benefit introduced by the previous Conservative government. The Liberals were on a promotional blitz this week ahead of Saturday payment increase that also had a campaign feel to it.

In a statement, Conservative Leader Andrew Scheer suggested he wouldn't scrap the new benefit, saying that, if elected, he would "make sure parents keep every penny they get" from the child benefit.

"Not only have the Liberals now embraced the principle of supporting parents directly, but they have tried to take credit for it," Scheer said.

"The Trudeau Liberals have really come around. It wasn't too long ago senior Liberals were accusing the Conservatives of giving families money for 'beer and popcorn.' They were wrong."

While the form is getting an overhaul, eligibility criteria appear unchanged.

Federal rules stipulate, among other things, that payments can only go to someone who lives with a child under age 18 and is primarily responsible for their care.

Informal caregivers who are not recognized as the child's legal guardian "may struggle to prove they are primarily responsible for the care and upbringing of a child," officials told Duclos in the briefing note.

His department planned to look at the eligibility criteria to find ways for families most at risk of living in poverty to receive the benefit, including "easier access for informal caregivers."

"While the eligibility criteria for the CCB were designed to provide support to Canadian families who need help the most, there may be opportunities to address some of the issues raised by stakeholders," reads the briefing note, obtained by The Canadian Press under the access-to-information law.

Employment and Social Development Canada said in an email that changes aren't being made in eligibility rules for asylum seekers. Refugee claimants can only receive the benefit if they receive positive rulings on their asylum requests — a process that can take 20 months.

Outside estimates suggest it would cost $30 million a year to provide these families with the child benefit, but federal officials noted for Duclos that claimants can get other social assistance and housing help.