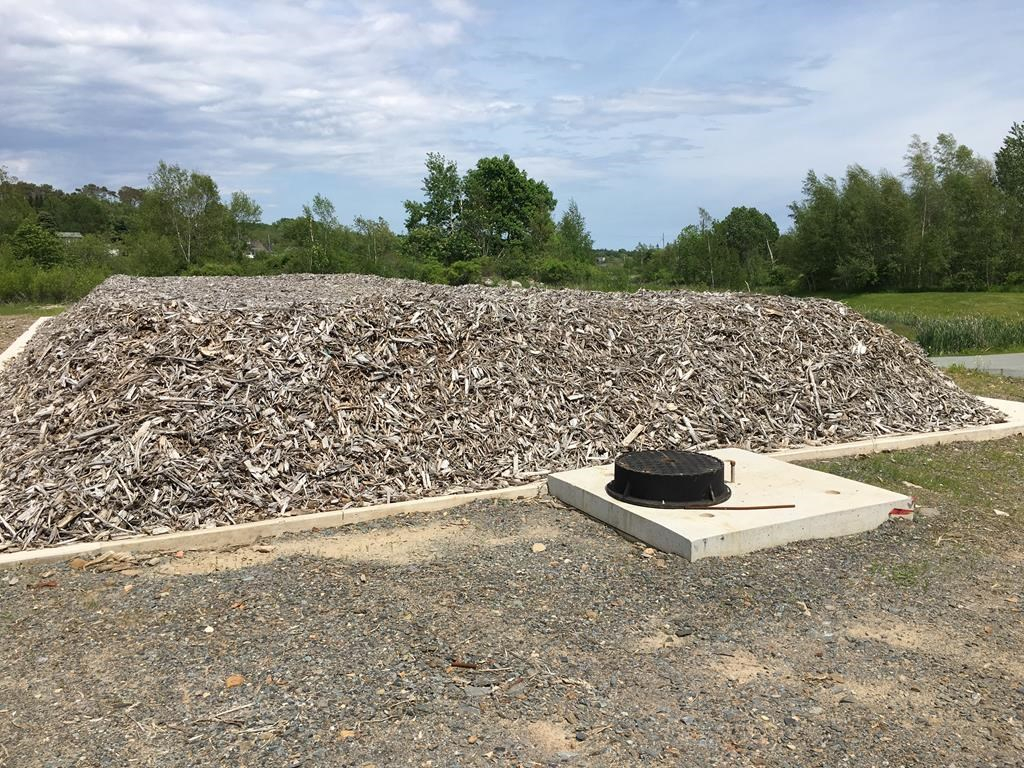 The biofilter composed of crushed tree roots is next to Lunenburg’s sewage treatment plant in Lunenberg, Nova Scotia in this undated photo provided August 5, 2019. Handout photo by The Town of Lunenberg
Previous story
Next story

One of Nova Scotia's most scenic tourist towns appears to have rid itself of a nasty smell that would often drive residents indoors during the summer.

The Town of Lunenburg installed a biofilter composed of crushed tree roots at its sewage treatment plant last winter at a cost of more than $1.1 million, and it's now taking care of the foul odour that had become more noticeable during recent dry summers.

"This summer it's been wonderful," said Ronald Thurlow, who lives on a street just a few hundred metres from the treatment plant. "We haven't smelled anything so far."

Thurlow described the past smell as "unbearable" at times, especially on hot summer days.

The smell could waft over the hillside town, which is designated a World Heritage Site by UNESCO for its seafaring heritage and brightly coloured buildings dating back to the 18th and 19th centuries.

"You know what crap smells like?" Thurlow asked. "Well that was about the size of it. No matter which way the wind was blowing, somebody was getting it."

"When storm water is low due to drought, the flows can be reduced significantly coming into the plant, which creates an anaerobic situation and it goes septic before it even gets to our plant," he said. "As that happens, it releases off gases within the plant — methane and hydrogen sulphide primarily — which give the odours."

With the new system, Fougere said the exhaust gases are pushed underground through perforated pipes and then up through a pile of crushed tree roots where the odour is absorbed through a process called biological disintegration.

"The micro-organisms that are within the odour itself feed on the roots and on the off gases from the plant and actually eat the odour," he said.

John McGee, Lunenburg's deputy mayor, said the town was able to pay for the new system through a program funded by all three levels of government — financial co-operation that he said is essential for a small town with a population of just under 2,300.

McGee said the town is now considering three different options ranging in cost from $3 million to $9 million to upgrade its entire sewage system because of sediment that has fouled parts of the harbour.

Testing conducted last summer saw elevated levels of fecal contamination at several sites in the harbour and near the waterfront, while the levels near the mouth of the harbour were judged acceptable.

McGee said the exact cause of the problem still hasn't been determined, adding that it could lie within the sewage outflow pipes or with the 250 years of waste that's in the harbour sediment.

Regardless, he said the town is committed to tackling the problem, although it will again need help from the other levels of government.

"The good thing about being a UNESCO town is that I think there is a will right now with the province and the feds to help us once we know what the problem is," he said.