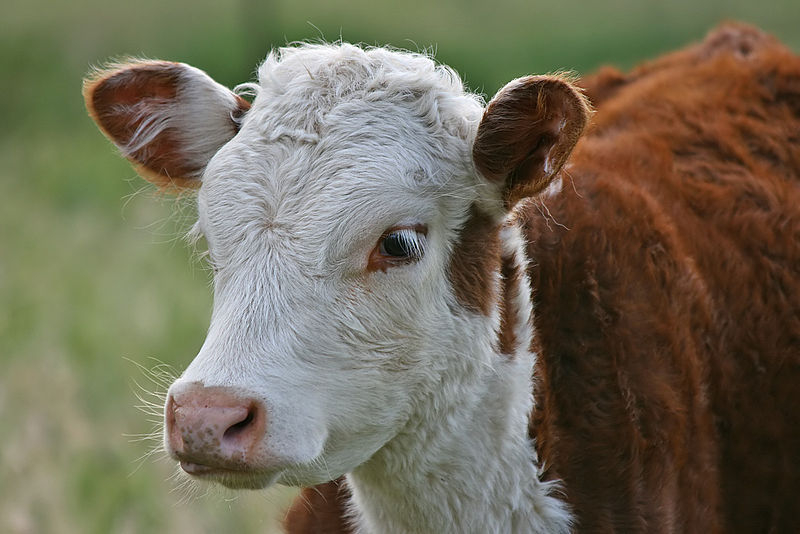 Attempts to solve the climate crisis by cutting carbon emissions from only cars, factories and power plants are doomed to failure, scientists will warn this week.

A leaked draft of a report on climate change and land use, which is now being debated in Geneva by the Intergovernmental Panel on Climate Change (IPCC), states that it will be impossible to keep global temperatures at safe levels unless there is also a transformation in the way the world produces food and manages land.

Humans now exploit 72% of the planet’s ice-free surface to feed, clothe and support Earth’s growing population, the report warns. At the same time, agriculture, forestry and other land use produces almost a quarter of greenhouse gas emissions.

In addition, about half of all emissions of methane, one of the most potent greenhouse gases, come from cattle and rice fields, while deforestation and the removal of peat lands cause further significant levels of carbon emissions. The impact of intensive agriculture – which has helped the world’s population soar from 1.9 billion a century ago to 7.7 billion – has also increased soil erosion and reduced amounts of organic material in the ground.

It is a bleak analysis of the dangers ahead and comes when rising greenhouse gas emissions have made news after triggering a range of severe meteorological events. These include news that:

• The heatwaves that hit Europe last month were between 1.5C and 3C higher because of climate change;

• Global temperatures for July were 1.2C above pre-industrial levels for the month.

This last figure is particularly alarming, as the IPCC has warned that rises greater than 1.5C risk triggering climatic destabilisation while those higher than 2C make such events even more likely. “We are now getting very close to some dangerous tipping points in the behaviour of the climate – but as this latest leaked report of the IPCC’s work reveals, it is going to be very difficult to achieve the cuts we need to make to prevent that happening,” said Bob Ward, policy director at the Grantham Research Institute on Climate Change and the Environment.

The new IPCC report emphasises that land will have to be managed more sustainably so that it releases much less carbon than at present. Peat lands will need to be restored by halting drainage schemes; meat consumption will have to be cut to reduce methane production; while food waste will have to be reduced.

Among the measures put forward by the report is the proposal of a major shift towards vegetarian and vegan diets. “The consumption of healthy and sustainable diets, such as those based on coarse grains, pulses and vegetables, and nuts and seeds … presents major opportunities for reducing greenhouse gas emissions,” the report states.

There also needs to be a big change in how land is used, it adds. Policies need to include “improved access to markets, empowering women farmers, expanding access to agricultural services and strengthening land tenure security”, it states. “Early warning systems for weather, crop yields, and seasonal climate events are also critical.”

The chances of politicians and scientists achieving these goals are uncertain, however. Nations are scheduled to meet in late 2020, probably in the UK, at a key conference where delegates will plant how to achieve effective zero-carbon emission policies over the next few decades.

The US, the second largest emitter of greenhouse gases, will have just had its presidential elections. A new Democrat incumbent would likely be sympathetic to moves to control global heating. Re-election of Donald Trump, who has called climate change “a hoax”, would put a very different, far gloomier perspective on hopes of achieving a consensus.

Methane-snacking crabs suggest they are adapting to climate change: report

The experts have figured out

The experts have figured out what I saw eight years ago. I quit my corporate executive job to test my theories on sustainable agriculture, and found that what I (and they) think are solutions are mostly wrong because they don't understand farm ecosystems. There is no way to sustainably grow plant-based food for human beings for two reasons. First nature proceeds through a succession of communities of flora and fauna evolving towards a complex and diverse equilibrium. In contrast almost every plant we eat is an annual. This means a vegetable farmer or field cropper necessarily has to periodically force the ecosystem of their farm back to annuals: reduced complexity + reduced diversity + reduced robustness = reduced sustainability. Second, properly managed ruminant herds (including cattle) are the only food production technique that leaves the land more fertile than when you started. See "regenerative agriculture" or Allan Savory's TED talk or the soil carbon challenge. The key insight is that properly managed herds of ruminants provide so many ecological benefits that the ecosystem is an overall sink of greenhouse gases. Put another way, yes the cow produces methane, but the cow enables a stable diverse ecosystem which sequesters far more carbon than the GHGs it emits.

Yes overall we eat too much meat but don't throw the baby out with the bath water. Vegetable and field crop farms can do things to be *more* sustainable, but they can't *be* sustainable without livestock.

The article didn't mention the importance of localizing food systems. Your vegetarian diet isn't going to do the planet much good if it needs to be shipped thousands of miles. The bigger solution on this front is communities working for local food sovereignty (not just food security). Check out the National Farmers Union (nfu.ca) or La Via Campesina for more on this subject.

I don't see how the gender of

I don't see how the gender of a farmer affects things, unless the recommendation to have more women farming was the closest they could get to suggesting birth control.

I expect it's from a world

I expect it's from a world-wide perspective, as in many countries it is the women who support the children and grow the gardens.

Every problem facing humanity today in this climate emergency can be, and should be traced to human population. There are concrete steps we can take to address this problem in the short and longer terms. Obstacles to progress on this include the following: 1) Wars of aggression, which are illegal under international law, yet are being waged as proxy wars between super powers for the benefit of the global wealthy elite. These wars require that a slate of conditions be established as a precursor justification, what Noam Chomsky would call "manufactured consent".

In what GW Bush referred to as a new "crusade", Christian fundamentalism in the US now forms the bedrock supporting the architecture of a neoconservative, fascist ideology that has very little to do with the teachings of a messiah, and everything to do with the politics of empire, and maintaining economic and military domination in the anthropocene.

Far from the root cause of conflict, terrorism and the ideologies and myths surrounding it are in fact a plank in a platform strategy being rolled out by successive US and NATO country administrations operating cooperatively in the post cold war phase of human evolution. This tragedy is unfolding within a global conversation that cannot speak of it. But we must speak of it, and human population reduction and the economics of 'de-growth' must be added to the panoply of solutions being presented as urgent.

The potential within this urgent and essential challenge, lays in the unlocking of suppressed potential within the world's population of women and girls. The single greatest obstacle to this unlocking is religious fundamentalism, and religious fundamentalism is today, and has always been a tool of control invented and used by the wealthy elite to centralize and consolidate their power.

Populations fall whenever women have control over their reproductive system, and are ensured a more or less equal place to men in society. Wars of aggression being wages today both require and ensure that that women will remain oppressed in sufficient numbers globally, that human populations will continue to rise as predicted.

We must change the conditions under which nation states operate geopolitically, and yes, we still need to do all of the other things to reduce the global impact of our human species in the mean time.

Yes! Thanks, Blake, for an

Yes! Thanks, Blake, for an inclusive account of the Big Picture! Paradigm shifts on ALL fronts of our convenience-driven habits and practises MUST be the way forward.
Also, no-one is requiring anyone to completely abstain from consuming meat! This article addresses the practise of FACTORY farming. It's the QUANTITY factor that's the problem - that four-letter word: MORE!
As I've mentioned many times before, adopting and enacting the Green New Deal provides such an all-inclusive solution.

Nothing to disagree with here

Nothing to disagree with here!
But please recognize that the world population is already levelling off, as demonstrated in a couple of YouTube videos put together by the UN Population expert Hans Rosling.
I keep on seeing statements that "we have to reduce the human population" (which "empire" is doing quite nicely with its interminable war) ... but there seems to be no acknowledgement of the declining birthrate virtually around the world.
China's 1 baby policy left a country of angry young men with no prospects of marriage, and every couple ultimately responsible for 4 parents and their own child ... who would then shoulder a similar load.
Birth rates are high when infant mortality rates have to be gamed to ensure help surviving when one becomes too old to work hard. Once many of one's babies don't die young, women stop having so many, and then it's usually with the men's blessing, too.

Leave it to an urban writer

Leave it to an urban writer who doesn't know anything about farming eco-systems to misunderstand the information. Maybe the National Observer should look to the hard working farmers who are addressing the challenges straight on?

"has also increased soil erosion and reduced amounts of organic material in the ground." Why? Do you know?

It has nothing to do with animals. The animals have been moved off the land into barns. Carbon-sink meadows have been replaced with chemical laden corn fields to feed your cars, your animals and everything in between.

The erosion of soil is from chemical dependent mono-culture crops. You know that yummy soy in pretend meat burgers.

From University of California - Davis funded by study was funded by the National Science Foundation: