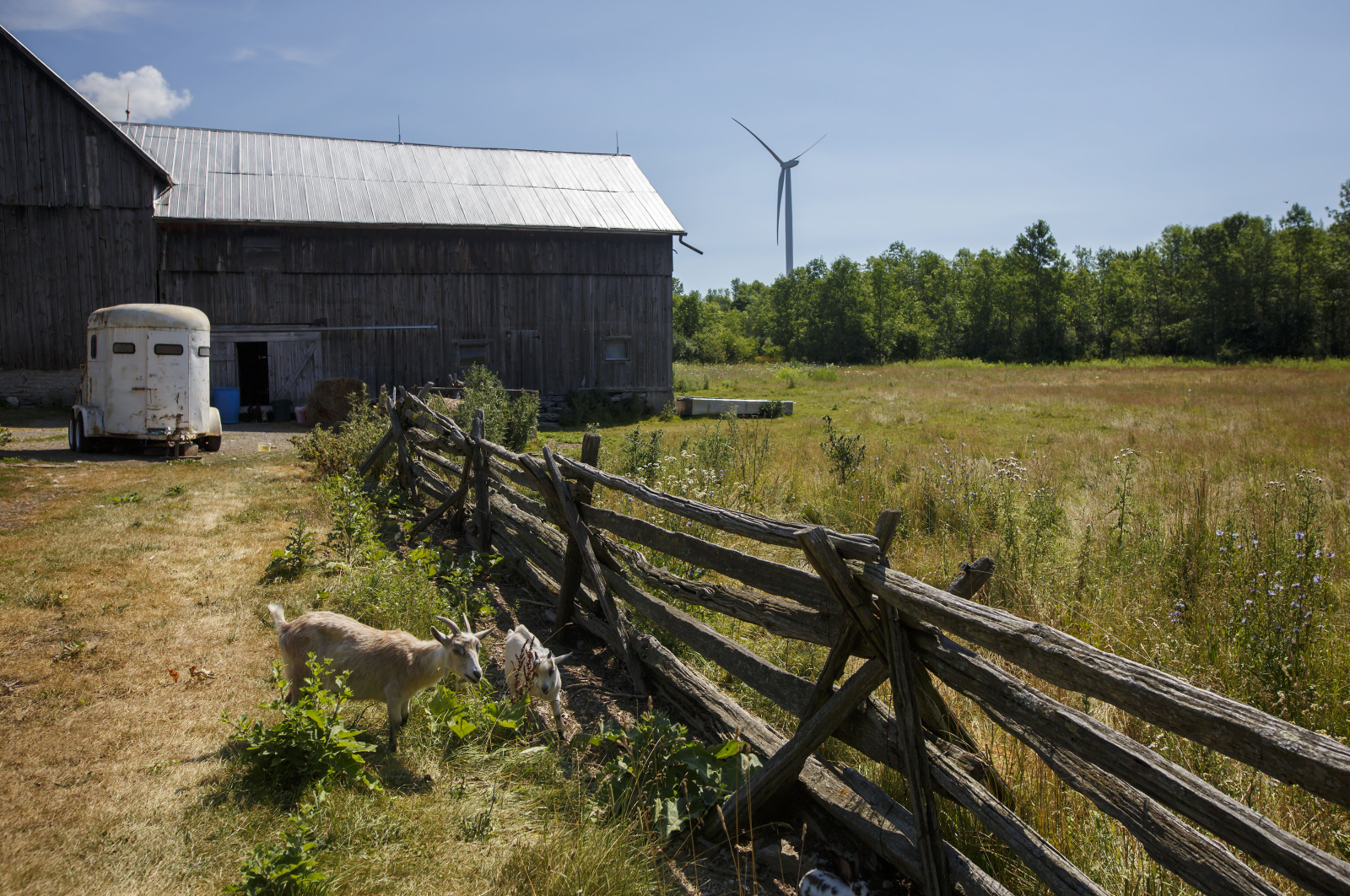 There's a finite amount of land on this fast-warming planet that a rapidly growing population will need to use wisely to produce enough food and fuel for every single person.

The world is not doing that right now, a new 1,400-page special report from the United Nations Intergovernmental Panel on Climate Change (IPCC) finds, urging countries to rethink the way they use and manage their land.

Federal and provincial agriculture ministers say they understand the seriousness of the conclusions in the latest major UN climate report and that they have a plan to tackle the crisis, but few are able to articulate just how they will do so.

National Observer asked all 13 provincial agriculture ministers, federal Agriculture Minister Marie-Claude Bibeau, the prime minister and all three federal party leaders what their plan was to tackle the recommendations listed by the report. Only seven leaders responded.

"Agriculture in the Northwest Territories is a small but emerging economic sector and as such, the IPCC report does not have a direct impact on our territory," Wally Schumann, minister of industry, tourism and investment and infrastructure, said in an email. He noted that the territorial council had made "a commitment to a government-wide approach that takes into account northern energy demands and the cost of living, while reflecting international and national commitments to lower greenhouse-gas emissions."

Matthew Glover, a spokesperson for Saskatchewan Agriculture Minister David Marit, was unable to confirm if he had reviewed the report, but provided a substantive answer on how the agriculture-centred province is helping shift Canada's diet to more sustainable options, including:

"Saskatchewan has a climate-change strategy that focuses on emissions reduction from industry and electricity, as well as commitments and measures to build resilience and sustainable land use, rather than targeting any specific products, diets or lifestyles," Glover wrote. He added that sustainable land-management actions in Saskatchewan include crop diversification, improved cropland management such as zero-tillage, sequestration of soil organic matter and grazing rotations, and co-products such as using damaged canola crop to produce biofuels — all solutions listed in the IPCC report.

The government of Yukon, where agriculture is a modest but growing operation, has "been conducting research into certain topics the IPCC has recommended," Matthew Cameron, a spokesperson for Energy, Mines and Resources Minister Ranj Pillai, wrote in an email. These research topics include:

Ontario Agriculture, Food and Rural Affairs Minister Ernie Hardeman said in an email that his ministry is reviewing the recommendations, and understands the importance of building "a productive, sustainable agriculture sector and a healthy environment."

Hardeman repeated the Doug Ford government's message that "you don't need a carbon tax to fight climate change" in his response. He noted that the government has invested to help improve land-management practices and environmental stewardship activities through the Canadian Agricultural Partnership and other programs that enhance water quality and soil health — all solutions listed in the IPCC report.

The province is also investing in research, including work with the Ontario Agri-Food Innovation Alliance (a collaboration between the ministry and the University of Guelph), Hardeman said, to "help inform decision-making on the farm to reduce emissions, improve information and understanding about the dynamics of carbon and land use."

Agriculture ministers in Alberta and Yukon said they are still reviewing the report.

What has the federal government done?

Both Prime Minister Justin Trudeau and federal Agriculture Minister Bibeau have been "fully briefed" about the report, according to their respective offices. In a statement, Eleanore Catenaro, Trudeau's press secretary, listed a series of actions the Liberal government has taken "to reduce emissions and protect the environment," but none were specific to land use.

Katie Hawkins, Bibeau's spokesperson, took shots at how Conservative Leader Andrew Scheer "is working for conservative premiers and fringe oil lobbyists," while noting that the Liberal government had provided almost $700 million to "enhance the competitiveness of the (agriculture) sector through research, science and innovation, with an emphasis on sustainable and clean growth."

Hawkins also listed the following examples as work the government was doing to strengthen Canada's farms, while also mitigating the effects of climate change.

Scheer, NDP Leader Jagmeet Singh and Green party Leader Elizabeth May did not respond at the time of publication.

For every degree of global warming, the world's yield of wheat will fall six per cent

Countries signed on to the Paris climate-change agreement are struggling to keep global warming below 2 C and as close to 1.5 C as possible, and the Aug. 8 IPCC report is the third in 10 months to starkly highlight the consequences of inaction.

For every degree of global warming, the world's yield of wheat will fall six per cent, corn by 7.4 per cent, and rice and soybeans both by a little more than three per cent each, the report says. These four crops account for two-thirds of the calories consumed by the human population, which is growing by 80 million people each year on average.

The world needs to produce more food, not less, but worsening and irresponsible human consumption habits and land management could lead to an escalation in the climate-change-related floods and forest fires that could lead to a global famine, the report finds.

Along with setting out the potentially dire consequences of inaction, the Aug. 8 report offers several solutions to reduce emissions through land use, including producing less meat and more plants — which require less room to grow and produce fewer emissions.

How a flock of sheep protects a First Nation's land

At one time Canada was

At one time Canada was concerned that prime agricultural land was being destroyed by urban developments of all kinds. That no longer seems the case. It is a global issue. Soils have been the base area for food production. Alternatives are possible but less efficient. Where is the National and Global strategy going forward?

I am disappointed to not see

I am disappointed to not see British Columbia mentioned. The newly formed and misnamed BC Food Security Tasked Force with the Ocean Spray (large cranberry producer) at its head is seeking to increase food exports and what they call "agritech", the technofix to our problems. Not a word on climate disaster. They expect that from increased production, there will be a "trickle down" effect and more BC food will eventually reach British Columbians. It is totally out of touch with the reality of the climate catastrophe and the need to increase locally produced food. All governments sadly have not caught up with the urgency of the situation and carry on with "business as usual" meaning all for exports while ignoring the needs of Canadians. Time to speak up!

Suggesting something radically different enough from the global export economy / factory farming will continue to go unheard until politicians can be courageous enough to suggest expanding local economies, e.g. Community Supported Agriculture (CSAs) and farmers' markets to the extent that they substantially replace the Costcos and Walmarts. Is any party other than the Greens talking about this?

If the plan cannot be

If the plan cannot be articulated, it does not exist; it is a fuzzy figment.
Unfortunately, there are too many kinds of fuzzily defined initiatives all roiled up and rolled into a singular funding package, so you get the likes of the oilpatch purporting to "reduce carbon intensity" instead of reducing carbon emissions.
The truth of the matter about agriculture is that by and large, the rich of the world eat meat, and as long as meat production isn't curtailed, the land and crops that sustain it cannot be used to replace the disappearing grain production capacity, happening at the same time as people are urged to adopt a more plant-based diet.
IOW, governments need to put dollars into converting land use from meat and dairy production to edible vegetation production. And let's quit already with funding "novel" (i.e., highly processed) "meat substitutes," and get on with returning to more healthy dinner plates.
Enough already with "researching" feeds laced with ractopamine and other drugs, allowing farmers to produce the same weight of meat on a pig in half the time (half the feed) and claiming to be sustainable practice in Canada, despite that a small minority of countries do not allow the additive at all, even in trace amounts in imported meat.

After reading over all of

After reading over all of these politicians remarks, I would say non of them understand a thing about reducing emissions or saving top soil on the farm. What a sad commentary about a very serious subject.