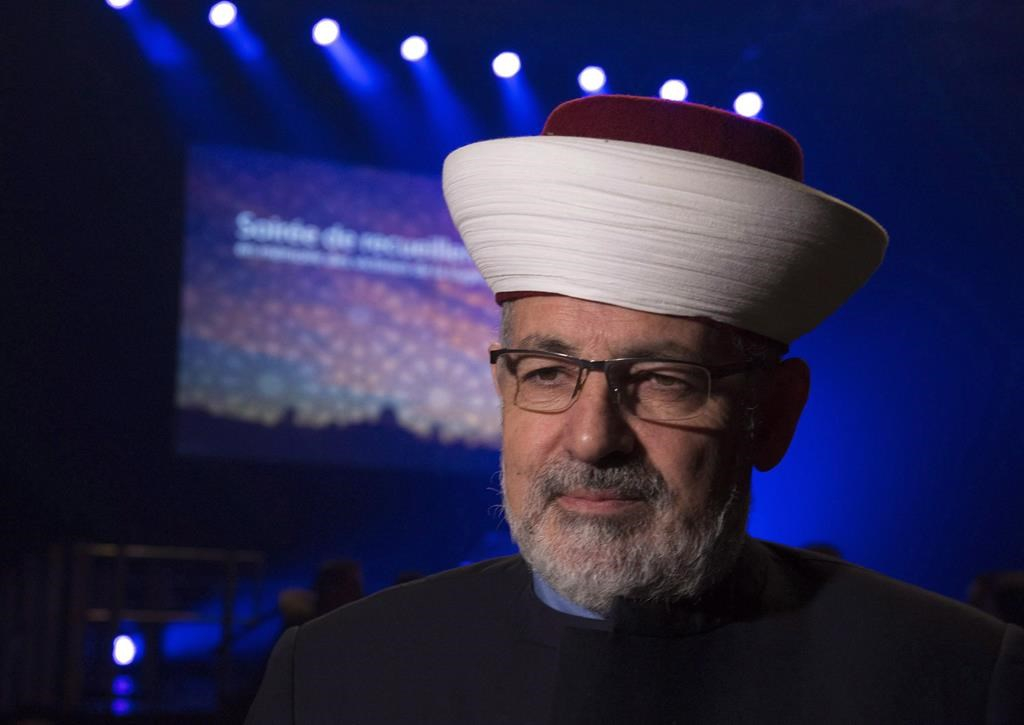 Imam Hassan Guillet arrives at a gathering at the Pavillon de la Jeunesse, marking the first anniversary of the mosque shooting, on Sunday, January 28, 2018 in Quebec City. File photo by The Canadian Press/Jacques Boissinot
Previous story
Next story

The Liberal Party of Canada turfed one of its Montreal-area candidates Friday after a Jewish advocacy group unearthed a series of old statements Guillet made on social media about Israel and U.S. foreign policy.

Hassan Guillet, a former imam whose sermon at the funeral of worshippers murdered at a Quebec City mosque attracted international attention, will no longer be the Liberal candidate in the riding of Saint-Leonard-Saint-Michel, the party announced.

The Liberals said in a statement the comments made by Guillet, who is also an engineer, do not correspond to the party's values.

"Justin Trudeau and the Liberal team are strongly opposed to anti-Semitic, hateful, racist, Islamophobic, homophobic, sexist remarks and any form of discrimination," the party said. "The Liberal Party condemns all forms of discrimination, and we always expect our candidates to do the same."

Jewish advocacy group B'nai Brith said Friday it uncovered "a pattern of disturbing anti-Semitic and anti-Israel statements" made by the candidate on social media that have since been removed.

In one of the comments, dated July 8, 2017, Guillet welcomed the release from prison of Raed Salah, whom the Jewish group described as a militant close to Hamas, which Canada lists as a terror group.

Guillet congratulated Salah on being freed from a "prison of occupied Palestine," and prayed that he would one day succeed in liberating "all of Palestine." He described Salah as a "resistance fighter" and a "jihadist."

The Jewish group also found a since-deleted Facebook post from 2016, allegedly from Guillet, where he wrote "the Zionists control American politics."

B'nai Brith brought attention to a 2017 interview with Radio-Canada International, in which the former imam accused Jared Kushner, the Jewish son-in-law of U.S. President Donald Trump, of directing his administration to support an "Israel first" agenda.

In a statement addressing B'nai Brith's concerns, Guillet wrote, "If these statements could be considered offensive to some of my fellow citizens of the Jewish faith, I apologize."

He added that the "lack of sensitivity of these statements does not reflect my personality, nor my way of being. Since then, I have evolved."

Mostyn applauded the removal of Guillet, saying it "sends a clear message that Canadians will not tolerate political candidates with these types of hateful and bigoted attitudes."

Guillet became well-known in Quebec after he gave an emotional sermon at the funeral of worshippers murdered at a Quebec City mosque in 2017. At that time, he referred to the killer, who murdered six men, as a victim — which earned him worldwide praise. J.K. Rowling, the author of the Harry Potter books, called his words "extraordinary and humane."

Guillet won a contested nomination in Saint-Leonard-Saint-Michel, and became the first Liberal candidate not to come from the influential Italian community since the 1988 inception of the east-end riding.

Guillet, who speaks six languages, delivered his victory speech in French, English, Italian and Arabic. He added some Creole for good measure.