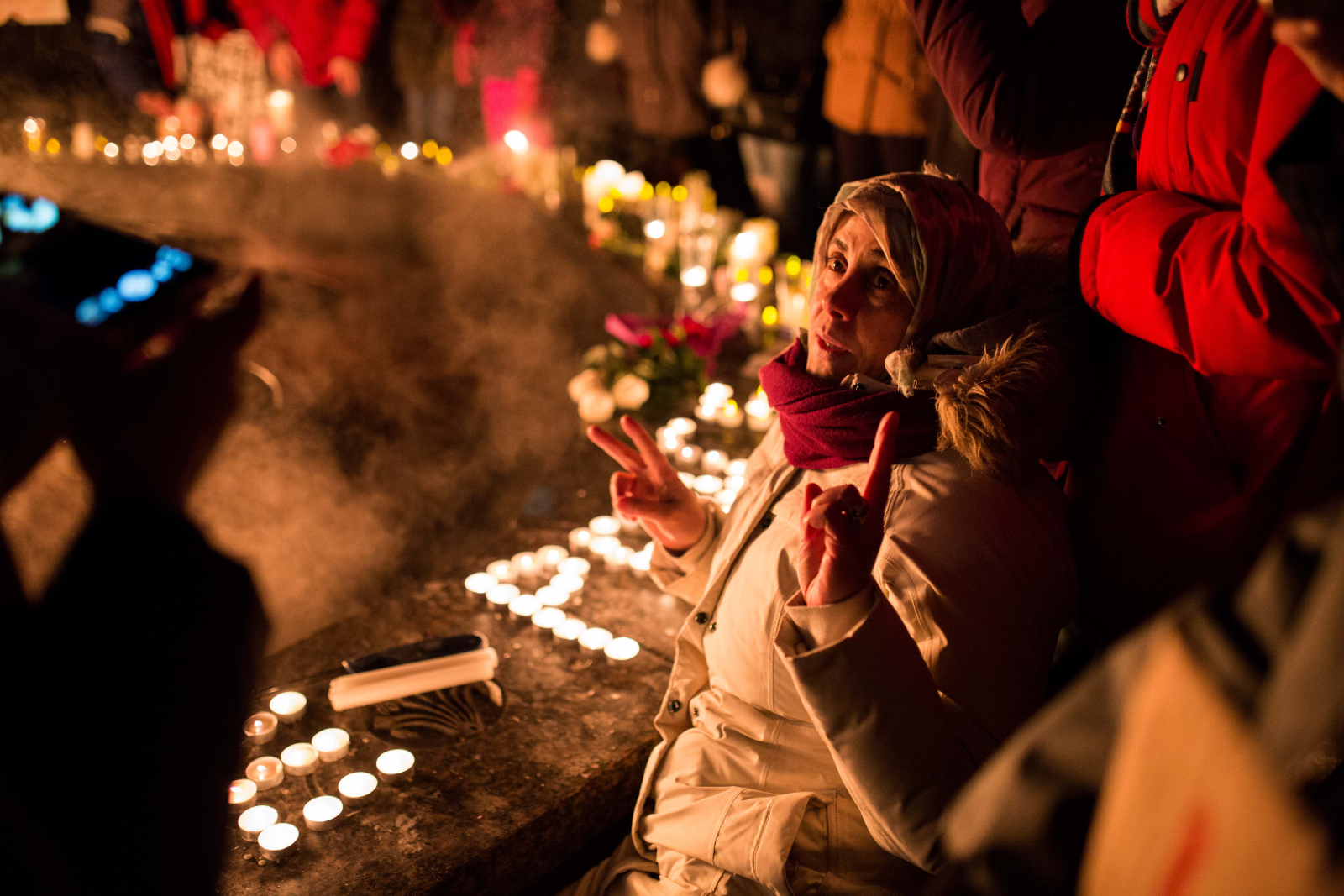 It fell to a leader of the suffering community to state the truth about the Quebec mosque attack: “certain politicians, certain media were poisoning the atmosphere.”

Imam Hassan Guillet addressed a funeral service for the victims with piercing compassion, but also a clear-eyed diagnosis of the toxic environment fueled by low-road politicians and media promoting fake news, conspiracy theories and bigotry against Muslim-Canadians.

Guillet’s grace and compassion extended even to the gunman who he described as also being a “victim” ‑ “before planting his bullets in the heads of his victims, somebody planted ideas more dangerous than the bullets ‑ in his head.”

Toxic politics have permeated Canada in recent years. “Barbaric cultural practices” from the Harper Conservatives federally. Pauline Marois and her Parti Quebecois’ obsession with headscarves and the Charter of Values. Mainstream Canadian politicians have been reprehensibly eager to legitimize anti-Muslim prejudice and stoke the fires of hatred. “Pyromaniac firefighters,” as Hakim Merdassi memorably described them to the Guardian.

There has been an increase in the number of hate groups across Canada according to Barbara Perry, of the University of Ontario Institute of Technology who published a study last year with Ryan Scrivens, from Simon Fraser University. The researchers identified a clear link between political intolerance and far-right extremism by studying the Harper and Marois effects. Perry told the Montreal Gazette, “There’s a correlation… The perception among white supremacists is that they’re on their side.” The researchers used police data to demonstrate that hate crimes had risen significantly in Quebec since politicians began campaigning on the Charter of Values.

In the months leading up to the shooting, the Quebec City mosque had been graffitied with swastikas and, during Ramadan, a pig’s head was left at the front door with a note reading “bon appetit.” Neighbours received pamphlets alleging the mosque was linked to terrorism.

Perversely, there has been a surge in hate crimes following the murders at the Quebec mosque. The provincial Sûreté du Québec (SQ) estimated that 250 cases have been reported since the attack.

The Trump administration twisted the murder of Quebec Muslims at prayer into an argument for the president’s Muslim ban — a 90-day ban on immigrants from seven predominantly Muslim countries, and indefinitely against Syrian refugees. White House spokesperson Sean Spicer said, "it's a terrible reminder of why we must remain vigilant and why the president is taking steps to be proactive rather than reactive when it comes to our nation's safety and security."

But let's be clear: Americans will not be protected by banning Muslims. Napoleon, from George Orwell's Animal Farm, would surely have approved of such twisted, opportunistic logic.

For the record, no one in America has ever been killed by terrorism from a Syrian refugee. In fact, Alex Nowrasteh from the libertarian Cato Institute ran the numbers on Trump’s Muslim ban and concluded that: “Foreigners from those seven nations have killed zero Americans in terrorist attacks on U.S. soil between 1975 and the end of 2015.” Zero.

At the Quebec funeral, Imam Guillet spoke about the influence of political leaders but also “certain media.”

“When a journalist writes, he doesn’t always write with ink, he may be writing with blood,” he told the funeral attendees. His plea to journalists: “a word is a responsibility.”

Now is the time to heed Imam Guillet's wise words and unite as one Canadian family against hateful speech, and for we journalists in particular to reflect upon what his words were intended to mean.

Over the last month, we've both been giving a lot of thought to the terrible acts propaganda has laid the ground for. At home with our partners and children, we've been talking about it over the dinner table. We've been discussing how propaganda has been used from Nazi Germany to Cambodia to Rwanda (and in many more places throughout time) to incite neighbour to murder neighbour — to convince parents to send sons and daughters off to war.

A good example of the relationship between propaganda and murder can be found in the story of the Rwandan genocide, described in painful detail in Phillip Gourevitch's remarkable nonfiction book 'We Wish to Inform You That Tomorrow We Will Be Killed With Our Families: Stories from Rwanda.' In the book, Gourevitch's reporting describes how the 1994 genocide of the Tsutsi people could only have happened with the bully pulpit of radio. Transformed into a real weapon of mass destruction, radio broadcasts were used to whip up the Hutu population into a frenzy of killing that left an estimated 800,000 Rwandans dead during a 100-day period from April 7 to mid-July 1994.

Gourevitch's book describes the powerful racist propaganda that was essential to incite the Hutus to kill whole families in cold blood with weapons like machetes, axes and hoes, and to make the insanity seem necessary. The elite group within the government that fomented the mass murder had recently started a new radio station. It was called Radio Television Libre des Mille Collines, and in the months leading up to the disaster, it relentlessly broadcast racist propaganda that called the Tsutsi's 'cockroaches', systematically dehumanizing them.

And now, right here in Canada, last Sunday’s attack was a terrible reminder that lies and propaganda have real, devastating, tragic consequences.

That the hate that can lead a seemingly 'normal' person to commit horrific, violent acts like the murder of six fathers, shot in the back while praying at the Centre Culturel Islamique de Quebec, has been with us for a long time.

It’s propaganda that gives that hate form. And substance. And a target.

And yet, truth and facts can counteract that.

Truth is fundamental to accountability, to community and to democracy.

That is the real work of journalists. To expose what lurks in the darkness. To do so with facts, and intelligence, and compassion.

To light the path forward.

It would have been helpful if

It would have been helpful if more descriptive analysis of the irresponsible "journalism" had been included in this article. Are you referring to such things as "radio poubelle?"