By The Canadian Press in News, Politics | September 4th 2019 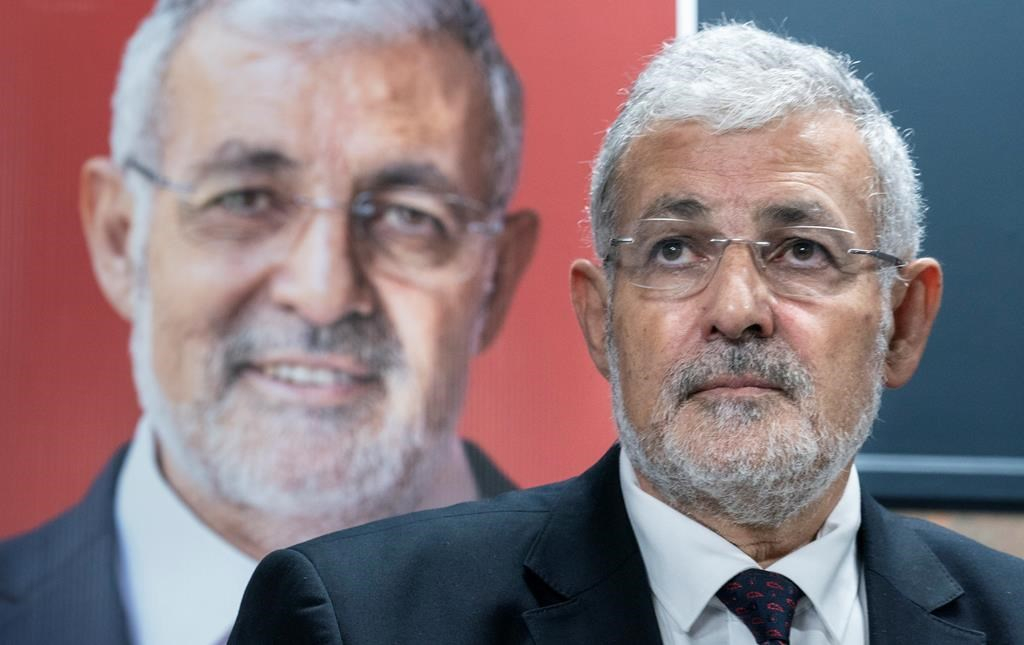 Imam Hassan Guillet, who has been dropped by the Liberal party as a candidate, listens to a question during a news conference in Montreal on Wednesday, September 4, 2019. Photo by The Canadian Press/Paul Chiasson
Previous story

A recently ousted Liberal candidate says the party knew about his controversial social media posts well before he was turfed as the nominee in a Montreal riding.

Hassan Guillet told reporters today he met officials with the federal party on Aug. 8 to discuss the old posts. He says the Liberals were convinced he was neither racist not anti-Semitic.

But they revoked his nomination in the Saint-Leonard-Saint-Michel riding last Friday after a Jewish advocacy group unearthed the series of old statements he made on social media that were critical of Israel and U.S. foreign policy.

He says he and the Liberals had already discussed an action plan that involved outreach to the Jewish community. Guillet says that action plan was set to be set in motion the day he was sacked.

Guillet says his posts were public, and the party knew or should have known about them when they vetted him in 2017.

The former imam says he wants to run in October's federal election as a Liberal, but doesn't rule out running for another party or as an Independent if he's not reinstated.

By The Canadian Press in News, Politics | September 2nd 2019