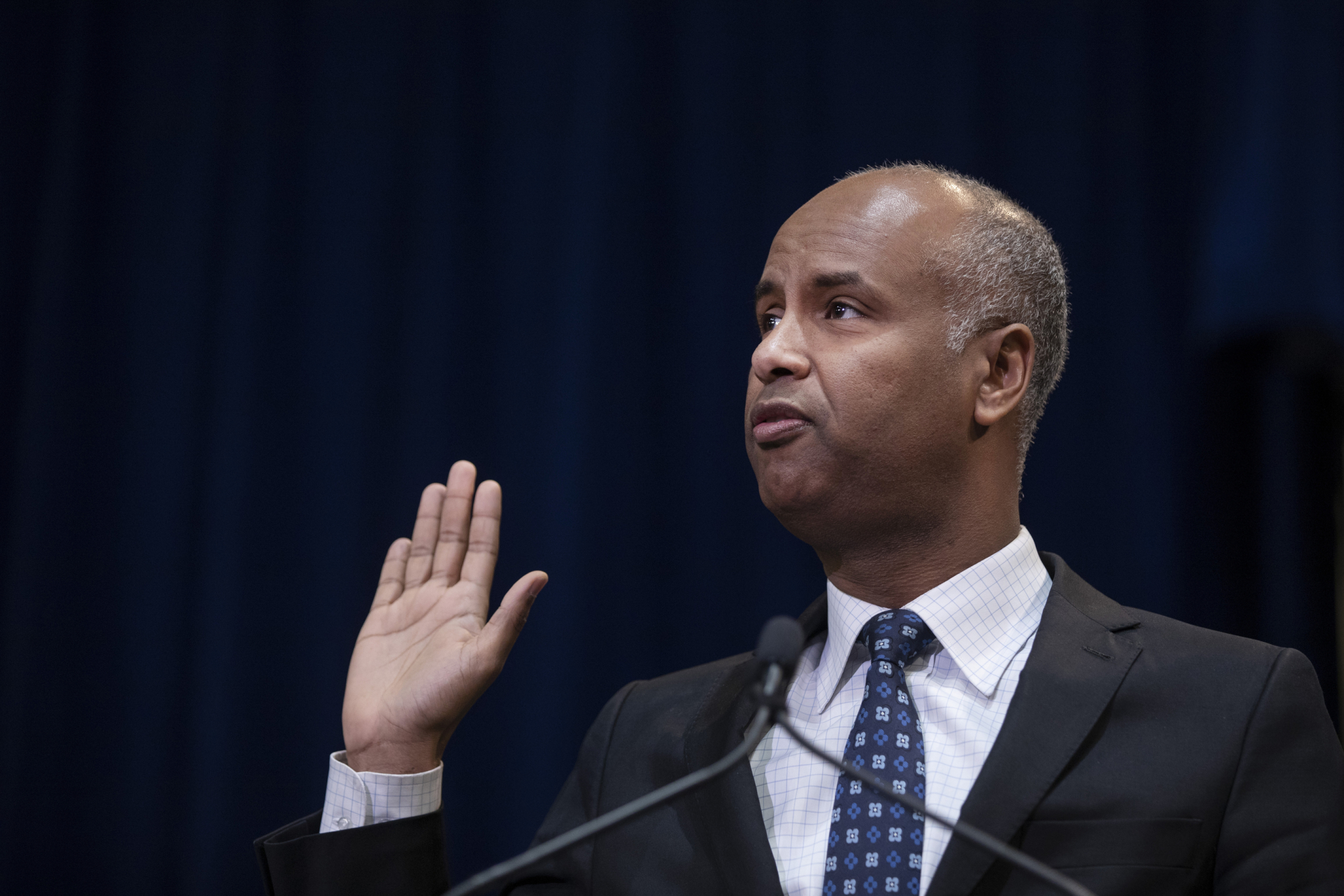 Canadian Immigration, Refugees and Citizenship Minister Ahmed Hussen participates in a citizenship ceremony at the University of Toronto on Feb. 2, 2019. Photo by Nick Iwanyshyn
Previous story
Next story

On Saturday, a British tabloid falsely reported that a convicted child killer could secretly be sent to Canada.

Then, an Israeli newspaper published a fake story Wednesday about Canada quietly taking in 100,000 Palestinians.

It’s weird that two reputable international media outlets would publish false stories about Canadian immigration in the span of one week, but two examples don’t amount to a trend, said Stephanie Carvin, an assistant professor of international affairs at Carleton University and former national security analyst.

"I think it’s way too early to say there's anything going on,” she said.

“I do think it's strange to have two stories published in major international newspapers about the idea of foreigners coming to Canada for some kind of secret deal.”

The first story came from the Daily Star on Saturday, after the British tabloid published an article claiming Jon Venables — who was convicted of killing a two-year-old in 1993, when he was 10 ⁠— would likely be sent to Canada. The National Post debunked the claim in June after a previous round of gossip, but Saturday’s recycled rumour mill was quickly picked up by other media, including the widely read tabloid the Daily Mail.

Those stories were in turn shared across the internet, including by Conservative Party Leader Andrew Scheer. ("Mr. Scheer quite simply wants to know if Justin Trudeau would let this monster into Canada," Scheer's press secretary told the CBC.) The U.K. government said the claim was “categorically untrue.”

The second story was published Wednesday morning in the Jerusalem Post, a broadsheet newspaper that’s generally regarded as trustworthy. The article, which has no byline, claimed Canada cut a deal with the United States to take in 100,000 Palestinians from Syria and Lebanon. Its lone source is a Lebanese publication called Al-Akhbar, which quoted an anonymous official with a Palestinian faction.

“There are no programs similar to what is described in the article being discussed or contemplated,” said Mathieu Genest, press secretary for Canadian Immigration Minister Ahmed Hussen, noting that there’s “little” public information about where the false story came from.

“We are not aware of any programs that may have been misunderstood to serve as the basis of this rumour.”

One story claimed Canada was taking in 100,000 Palestinians, while another said a convicted child killer could come here. Their shady origins doesn't mean they were spread by a foreign disinformation campaign, experts say. #cdnpoli #elxn2019

Neither the Jerusalem Post nor Al-Akhbar immediately responded to questions from National Observer about their fact-checking processes, but Genest said the federal government wasn’t contacted before the articles were published.

After the Government of Canada asked the Jerusalem Post for a correction, it updated its story with the government’s denial.

‘Not every instance of disinformation is a national security threat’

Both the British story and the one from the Jerusalem Post started as dubious, single-source stories. Both were about immigration, a hot-button election issue in Canada, and both were recycled and republished until they ended up in mainstream media.

Two stories aren’t enough to establish a pattern, but if similar incidents continue happening, this would match a pattern researchers noticed during the 2016 presidential election in the United States, Carvin said. In that case, misleading information spread by fringe sources was found to have strongly influenced mainstream media coverage.

“When major newspapers picked (these two stories) up, my eyebrows raised,” Carvin said. “It does reflect what we've seen in other countries."

Carvin also noted that although the false stories are worrying, she doesn’t believe they're coming from a foreign influence campaign. “Not every instance of disinformation is a national security threat,” she added.

The true origins of the claims about Palestinians are unclear ⁠— it could be as simple as one person sharing a “stupid story,” said Fenwick McKelvey, an associate professor of communications at Concordia University who studies disinformation.

However, he also said it’s important to pay attention to how false information spreads: if similar pieces of junk news are being circulated by the same Facebook pages and groups over and over again, for example, that might indicate some kind of wider co-ordination.

The Jerusalem Post story was posted across a variety of right-wing Facebook pages Wednesday, reaching over 3,249,000 social media followers, according to CrowdTangle, a Facebook-owned tool that tracks content sharing online. However, National Observer didn’t find evidence of co-ordination ⁠— the earliest and most influential shares in this case came from the Jerusalem Post and a Toronto Sun reporter who later tweeted out the Canadian government’s response.

Still, these two articles are examples of the kinds of fake stories that tend to spread like wildfire ⁠— usually, it’s the ones that either inflame outrage or spread hope, McKelvey said. The British story inspired anger, while the one from Lebanon could have given hope to frustrated Palestinian refugees who are facing a difficult situation.

In the past, false claims about Canada accepting immigrants have been spread by junk news sites, which pump out low-quality clickbait masquerading as journalism. Online advertising means anyone can make money writing sensational false news stories that attract clicks.

“The clear risk is that some of these partisans might indulge in fantasies that might become unrealistic,” McKelvey said, adding that it’s hard for politicians to deliver on promises rooted in false information.

"That, to me, becomes an interesting story.”

Even when they know the facts, Canadians can't agree on how to solve climate change

Fake News is so cheaply and

Fake News is so cheaply and easily produced and generates such handsome profits it naturally behaves like the hydra headed monster it is. This is the real Monster in the room. Not the "monster" that Scheer and his mouthpiece so emotively pounce upon with their hypocritical rhetorical question regarding the immigration acceptance of the former 10 year old killer of a 2 year old. It is intellectually dishonest for Scheer & mouthpiece to paste a tabloid label on a tragic crime and link it to a political rival. Intellectual dishonesty is the sad trademark of this diseased PC party. This is the ultimate in tacky! Ick!

Fake news stories smear campaigns is what British Tabloids do, along with Isreal Media, and especially Mossad. Trump uses this technique often to socially discredit someone which is the main point here. Any thought of these outlets being reputable isn't true in the slightest.
What ever made you think that?
Fact checking??? They couldn't care less.
It isn't weird either, as they have nothing to say by the having the need to lie.

Who needs the meddling of

Who needs the meddling of "foreign" fake news (a perfect example of modern oxymorons) when we have within the fabric of our own free society so many peope who "think" with their fearful dinosaur brains?

"... this would match a pattern researchers noticed during the 2016 presidential election in the United States, Carvin said. In that case, misleading information spread by fringe sources was found to have strongly influenced mainstream media coverage."

Ever since 2016, the US President himself has been taking an active role in spreading that misleading information from fringe sources.