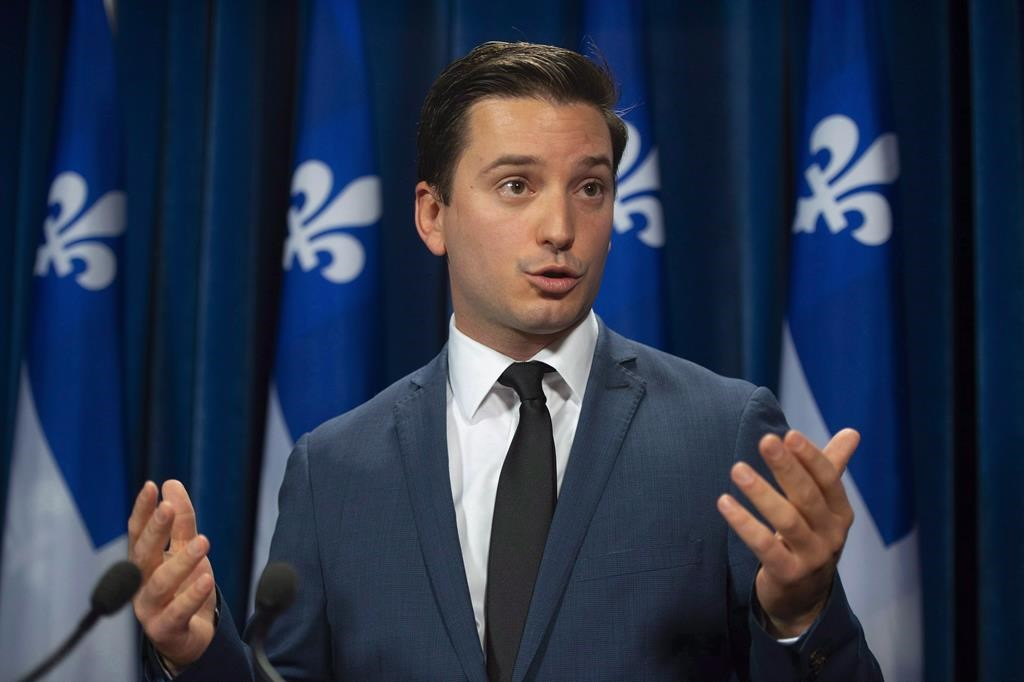 A Quebec school board says it refused to hire two teachers who wear religious symbols because they would not comply with the province's new secularism law.

The Commission scolaire de la Pointe-de-l'Ile said the two candidates indicated they would not remove their religious symbols on the job as the legislation requires.

Bill 21 prohibits some public sector workers, including teachers and police officers, from wearing religious symbols such as hijabs, turbans and kippas at work.

School boards across the province are complying, even as they grapple with a labour shortage that has left some children beginning the school year without a permanent teacher.

The board's position was welcomed by Immigration Minister Simon Jolin-Barrette, who is also the minister responsible for state secularism.

He told Radio-Canada the new law is very clear and it's up to employers to apply it to all those hired since the bill was tabled in March.

"It's part of the work contract," he told Radio-Canada. "The person finds themselves in a situation where they can't be hired if they don't accept the obligations attached to the work contract, namely not to wear religious symbols."

Several other school boards have said it's too early to know what effect the law will have on their schools.

Quebecers confuses secularism with intolerance. But then so many citizens of Quebec exhibit a preference to looking down their noses at conspicuous minorities. In the case of Muslims, the provincial rationalization might be that Islam is a faith which fosters intolerance and anti-modernity.... but this is the pot calling the kettle black. Thomas Mulcair found out in spades that standing up for the dignity and equality of minorities in Quebec would only land him, or others, behind the 8-ball. His party quickly fell from favor just during the last federal election campaign when he had the temerity to stand up for people in that faith. There is a not-articulated understanding on the part of current NDP leader Jagmeet Singh that calling Quebecers out on their antipathy toward conspicuous minorities (Haitians a case in point.... so not just 'religious minorities') is a non-starter in la Belle Province. Quebecois feel victimized, it's the provincial 'axe to grind'... so in keeping with this they relish putting the spurs to targets of wrath ... Muslims being the preferred ones of this era, but 'visible religious adherents' are their useful fig leaf for their present fixation with being punitive to Muslims.

... correcting an error in my

... correcting an error in my opening statement above...
'Quebecers "confuse" secularism with intolerance'.