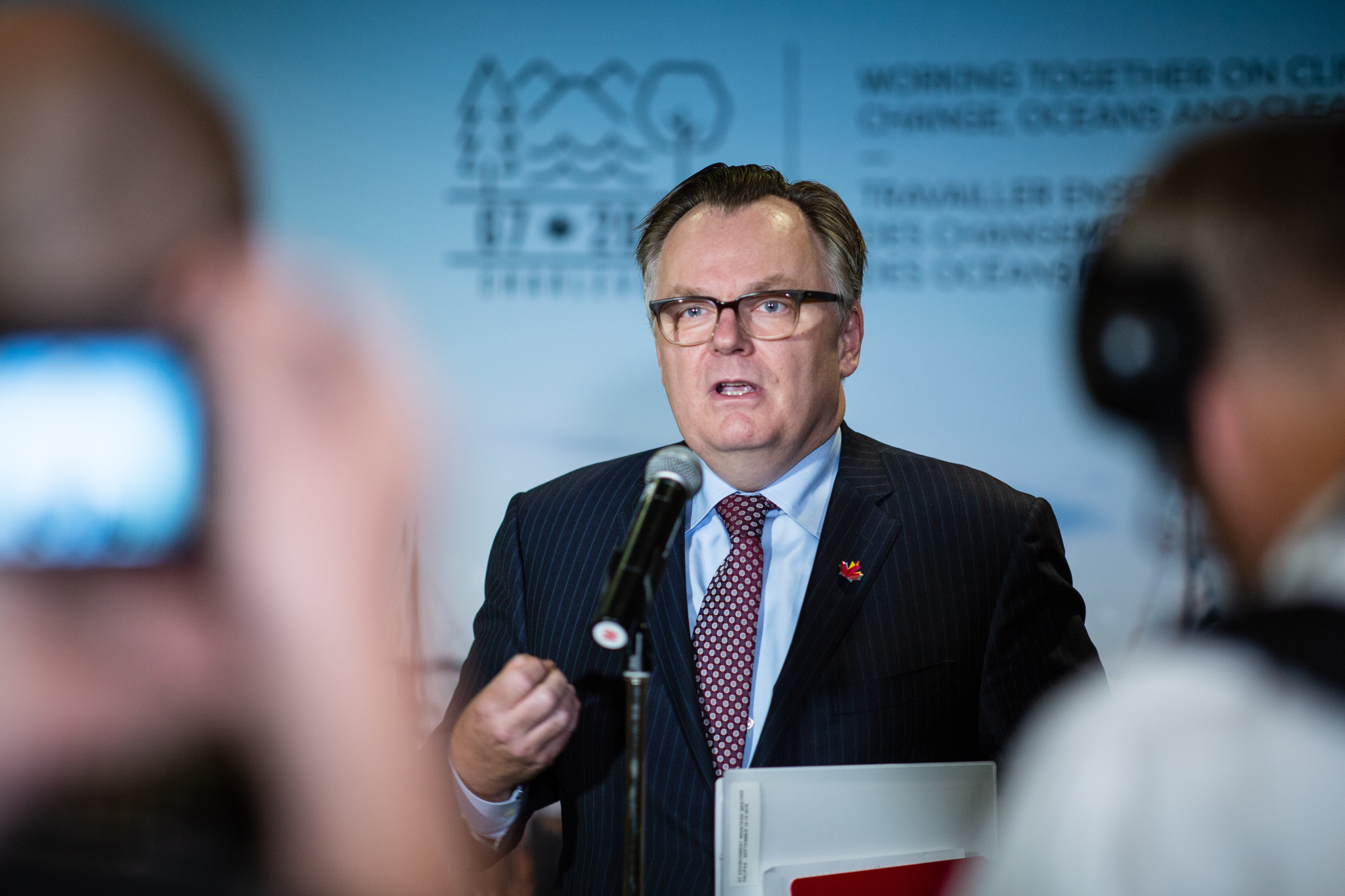 File photo of Marc-André Blanchard, ambassador of Canada to the United Nations in Halifax on Sept. 18, 2018. Photo by Alex Tétreault
Previous story
Next story

Canada is putting $3 million into a global initiative that has helped fund large solar and geothermal projects in developing countries around the world.

The initiative, Closing the Investment Gap (CIG), which Canada and Denmark jointly fund with support from Jamaica and the United Nations Development Programme, has brought together governments of nine developing countries over the past two years together with investors and financial sector representatives to help fund development projects that satisfy climate goals.

The initiative has resulted in large grid solar projects in Bangladesh, a geothermal development project in Kenya and a planned 100mW solar project in the Atacama desert region of Chile, which is being built in partnership with an Indigenous community and replaces a petcoke-fueled power plant.

The initiative is also adding solar and electric technology to transportation infrastructure which the group hopes will reduce the environmental impact of freight traffic in the Suez Canal. About three-quarters of the $4.3 billion-worth of 13 CIG projects thus far involve renewable energy supply.

The World Bank estimates it will require around $119 trillion in infrastructure investment between now and 2030 to achieve the 17 UN Sustainable Development Goals. At the same time, a shift to low-carbon, resilient economies could translate into $26 trillion in global economic benefits through to 2030.

“There is absolutely no way that our society will be able to achieve that goal without building successful multi-stakeholder partnerships and building bridges to the private finance sector,” Nili Gilbert, co-founder and portfolio manager of Matarin Capital, told reporters at the press conference.

“In this sense, CIG is filling the gap while also providing the critical social infrastructure that will guide us on this collaborative path forward.”

The funding will help create new partnerships and “make sure that we can bring more countries around the table...and get more infrastructure being built,” said Marc-Andre Blanchard, Canada’s permanent UN representative, at a press conference Sunday.

Irving Mintzer, director of the CIG initiative, said he hoped it helps guide firms to use an “all-of-government training approach” that lets other actors “take advantage of the tools and configure their projects for private sector investment.”

Montreal-based Bombardier is helping build a $5.5 billion rapid-transit link in Egypt, he explained. The north African nation has significant external debt that is limiting its ability to meet the demands of a growing population, he said.

“Canada, being a champion in the world in infrastructure, will be able to leverage its expertise in the global discussion. And it will accelerate the development of, and the need for infrastructure in the world" - @blanchardCanada

“We hope that by seeking ways to use the minimum amount of public capital to make these projects investment grade, it will free resources in the government fiscal space to meet these other important challenges, whether that be women's health, or rural education, or agricultural development that may not so easily capture private sector investment,” Mintzer said.

‘Multilateralism that is working at its best’

Along with Bangladesh, Kenya and Chile — Canada is assisting Colombia, Egypt, Ethiopia, Fiji, Jamaica and Vietnam to help shift the way this kind of infrastructure is financed in developing countries, and hopefully end a reliance on sovereign debt.

At present, there is a major gap between private sector capital and the countless infrastructure projects waiting to be built in developing countries, Blanchard said.

There is no organization or entity that is actively working to match them together, or helping to market these projects as being worthy of investment from the global financial community. Blanchard called this a “market failure.”

To correct this problem, researchers at the University of Maryland’s Center for Global Sustainability created a new model to support development and climate action by helping governments access global capital markets.

“It's very seldom you see something at the UN go from discussion to action,” Blanchard told reporters. “This is really multilateralism that is working at its best.”

Projects will create opportunities for the middle class and build green infrastructure under “fair and reasonable terms,” Blanchard said in response to a question from National Observer, and Canadians bring financial and engineering expertise.

“Canada, being a champion in the world in infrastructure, will be able to leverage its expertise in the global discussion. And it will accelerate the development of, and the need for infrastructure in the world,” said Blanchard.

Over the next 20 years, most of the world’s growth will be in Africa, Blanchard said, so it was important for Canada to establish relationships and trust.

While it’s too early to know what Canada’s participation will look like moving forward, Blanchard is encouraged by the economic and sustainable opportunities.

“Canadians have a lot to contribute,” he said. “And in due course, Canadians will be either participating directly or indirectly in some of these projects anyways.”

It was updated again on Sept. 30, 2019 at 12.24 p.m. EST to clarify that Canada is not the sole funder of the projects being assisted by the CIG. The CIG is operated in partnership with the UN and helps match infrastructure projects in developing countries with investors. The story was also edited to reflect that the 100mW solar project in the Atacama desert region of Chile in still in the planning stage.

$3Million for renewable power projects abroad is 0.0004 of what Canada has spent just in the last 12 months in propping up the fossil fuel industry with public money. ($3Billion in subsidies plus $4.5Billion for a pipeline. Another $3.4Billion is promised in subsidized toll rates on the existing Trans Mountain over the next 5 years.)

Why bother with the money? How about sending a couple of bicycles?