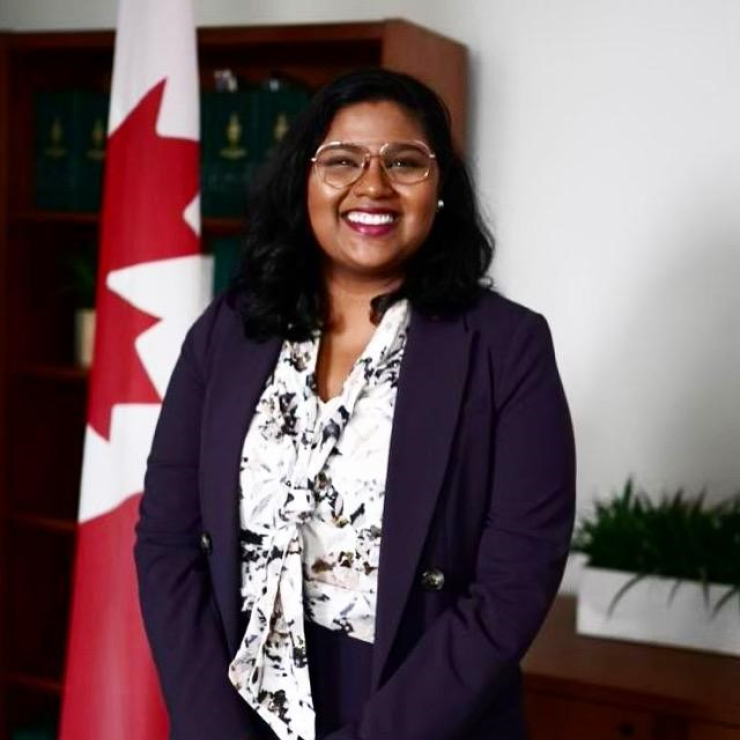 Anjum Sultana is director of youth leadership and policy advocacy at Plan International Canada. She is an award-winning public affairs strategist, sought-after media commentator, accomplished public speaker, and published researcher with expertise in gender equality, public health and civic engagement. In 2020, Anjum was named a Global Woman of Distinction by the NGO Committee on the United Nations Commission on the Status of Women, as well as named one of Canada’s Top 30 Under 30 in Sustainability by Corporate Knights.

Previously, Sultana served as the national director of public policy, advocacy and strategic communications at YWCA Canada, the country’s largest and oldest gender equity organization. In her role, Sultana has authored several policy reports, including “A Feminist Economic Recovery Plan for Canada” and “Preventing a Lockdown Generation in Canada.”

Sultana holds a master of public health from the Dalla Lana School of Public Health at the University of Toronto. While there, she was selected as junior fellow at Massey College and also completed the CIHR collaborative program in public health policy. Sultana has also served as the executive co-director of IMAGINE, an interprofessional student-run medical clinic and health promotion initiative based at the Parkdale Queen West Community Health Centre.

Justice on the front lines of the climate emergency

We are still nowhere near where we need to be and it’s time our leaders are honest about the existential challenge we face.
Opinion, Politics | September 27th 2019

Brownface is a way of exaggerating characteristics that imply brown people don’t belong in this country.
Opinion, Politics | September 24th 2019