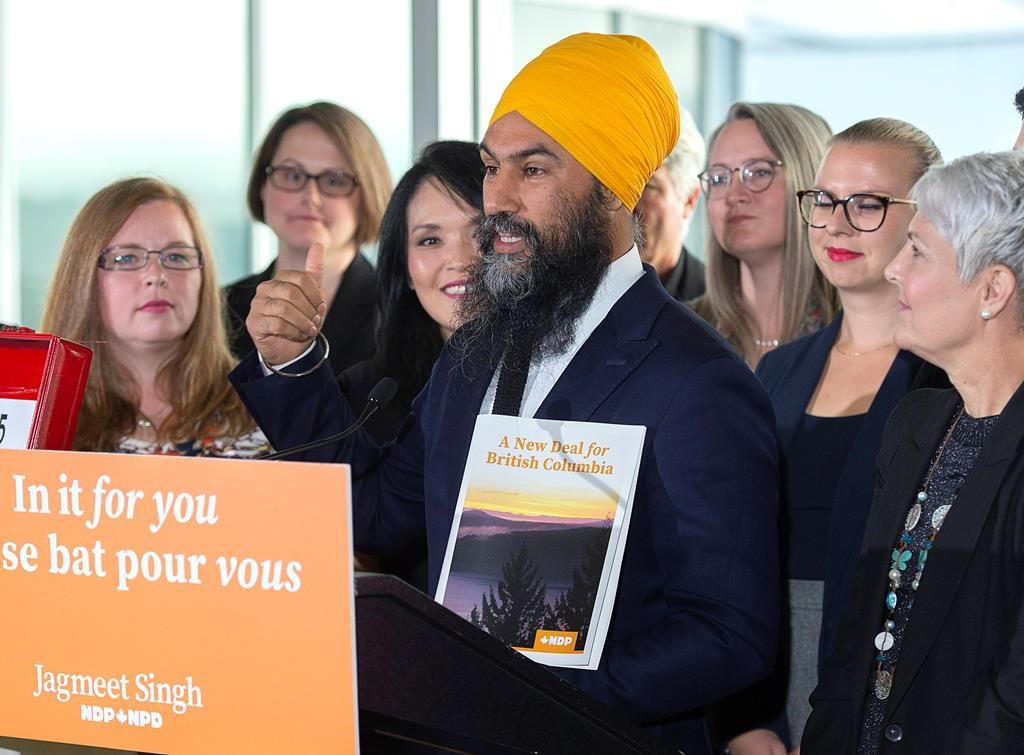 NDP Leader Jagmeet Singh announces plans to deal with the crisis around the price of housing as makes a campaign stop in Vancouver on Wednesday, Sept. 25, 2019. Photo by The Canadian Press/Andrew Vaughan
Previous story

Climate change will dominate the federal election campaign today, with most of the leaders joining marches demanding cuts to greenhouse-gas emissions.

The exception is Conservative Leader Andrew Scheer, who's spending the day in the suburbs of Vancouver for an announcement and campaign stops with candidates in Maple Ridge and Richmond, but not marching anywhere.

Justin Trudeau and Elizabeth May are in Montreal, along with teenaged Swedish climate activist Greta Thunberg.

Thunberg is marching in Montreal's climate strike, which is likely to be Canada's biggest.

Trudeau could face criticism there over his Liberal government's spending billions of dollars to buy an oil pipeline project while the Liberals present themselves as Canada's best choice for environmental policy.

The NDP's Jagmeet Singh is spending a fourth straight day in British Columbia, beginning with an announcement on coast protection in Ladysmith, on Vancouver Island, before heading to a climate march in Victoria.

People's Party Leader Maxime Bernier is campaigning at home in Quebec's Beauce region, where he's striving to keep his seat after breaking away from the Conservatives last year.