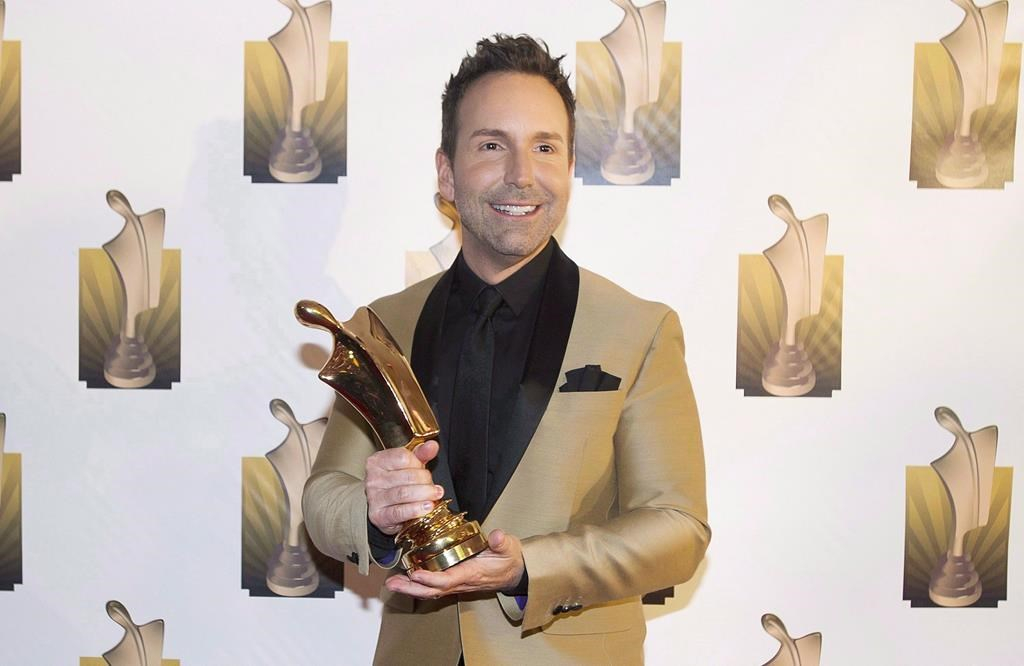 Eric Salvail holds up his trophy for best talk show host at the Gala Artis awards ceremony in Montreal on April 24, 2016. File photo by The Canadian Press/Graham Hughes
Previous story

At Duguay's request, the Crown asked that his name not be covered by the standard publication ban in sexual assault cases, which was agreed to by the court.

The allegations against Salvail, a former producer and talk show host, date from between April and November 1993.

Salvail has opted for trial by judge and jury.

The case returns to Quebec Superior Court on Nov. 4.

Once a major name in Quebec media, Salvail abruptly departed from the entertainment scene following allegations of sexual misconduct published by Montreal's La Presse in 2017.

Salvail had his own TV production company, hosted a popular talk show on Groupe V Media and was a fixture on afternoon radio in the province.

Just for Laughs president Gilbert Rozon steps down amid allegations