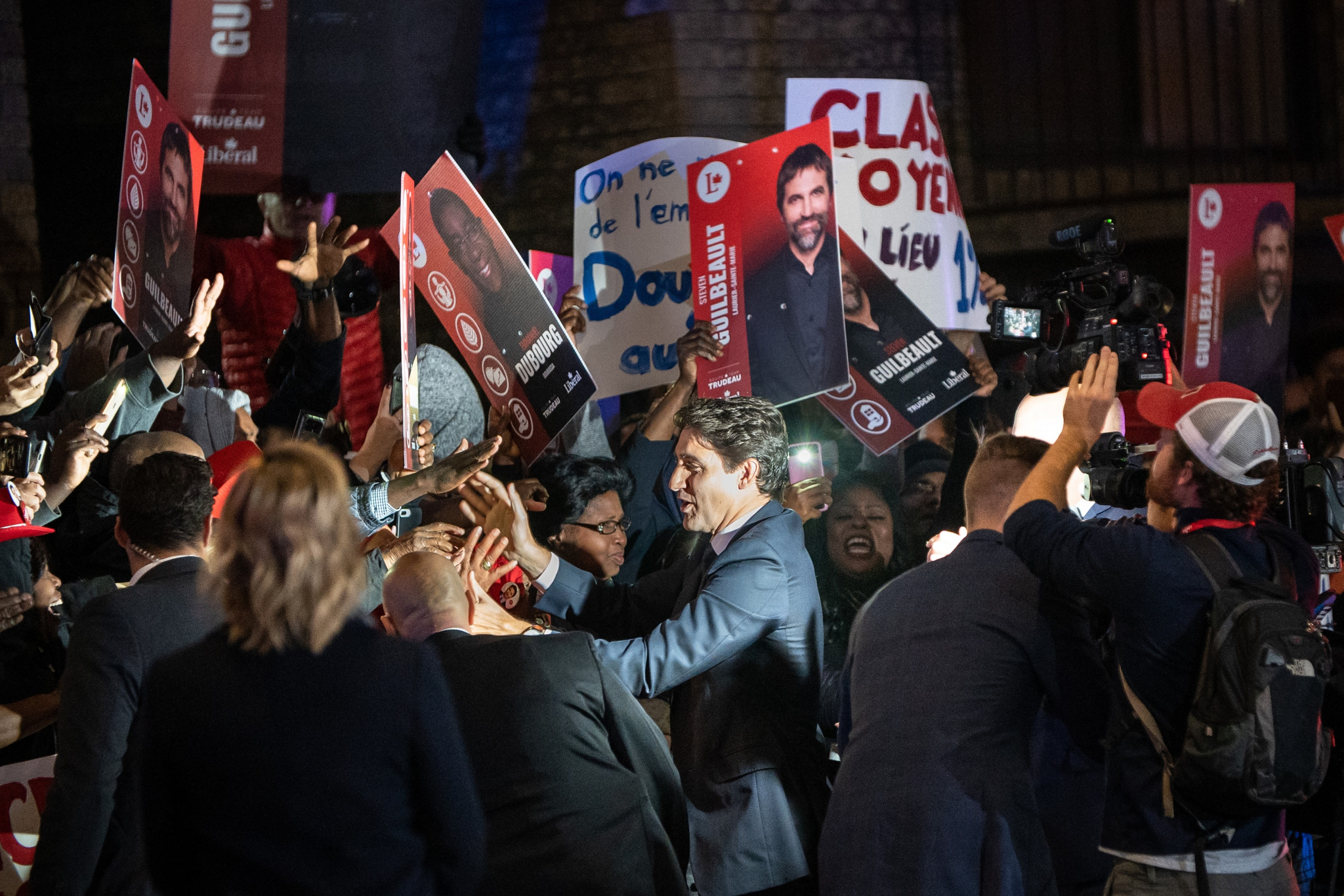 Polarization on immigration and racism have been driving themes of this election. And they will be front and centre as topics scheduled for today’s official leaders’ debate. We can expect to hear about “Canadian values” and immigrants’ “integration.” While seemingly simple shared ideas, they are everything but.

Eligibility thresholds demanded from immigrants shed light on what policy-makers believe “Canadians” are. The results are surprising. Most immigrants must have financial savings higher than the average Canadian; must not have a disability; must have at least four years of post-secondary education; be under the age of 35; pass language exams; and have had a full-time permanent job for the previous two years. Many Canadians know that neither they nor their family members could meet those criteria to “become Canadian.”

The question then arises: Who are newcomers meant to integrate with? When ⁠— and after how many generations ⁠— are newcomers “Canadian” enough? This was a pressing question faced by NDP Leader Jagmeet Singh in Quebec last week when he was asked to “cut off [his] turban” because that’s “who Canadians are.”

In discussing immigrant integration, politicians often focus on immigrant qualifications and ignore the systems and social supports that ensure successful integration. Today, one of the five major topics the leaders will debate is "polarization, human rights and immigration." We can only hope the leaders are pressed for their plans to address the systemic racism at the heart of this “polarization.” But in this framing, the debate isolates immigration from questions about good jobs, affordable housing, education and community supports, which are the essential requirements to ensure anyone ⁠— migrant or citizen ⁠— can integrate as a community member.

Canada’s treatment of migrant care workers is one example of how the disconnection of immigration systems from integration supports sets people up for failure. Under rules created by the previous federal Conservative government, thousands of racialized women came to Canada to deliver care work supporting the young, the old and those with disabilities. They were promised permanent residency after two years of work tied to a specific employer. But in order to immigrate, they had to meet formal educational qualifications and language skills inflated above those with which they were admitted to Canada to work.

Working full-time (or more) at minimum wage (or less), care workers had neither the time nor the money to pursue post-secondary education at foreign student fees, nor were English-language classes made available to them. Unsurprisingly, many failed to meet the inflated immigration standards; thousands of racialized women faced deportation.

After broad community organizing, the federal Liberal government accepted that care workers should immigrate with the educational and language standards that qualified them to work in Canada. But they retained the inflated language requirements. An interim program that allowed care workers to bridge between the two systems expires tomorrow.

But without access to language classes and settlement services, many care workers again failed the inflated language tests and face becoming undocumented.

These migrant care workers have integrated successfully in Canada for as many as five years ⁠— working, buying groceries, building relationships, all while supporting communities economically and socially by doing the essential work of raising children, supporting people with disabilities and caring for the elderly. Without care work, the economy doesn’t work. And yet these integrated workers are being excluded.

Clearly then, immigration is not about integration. Instead, we have a two-tier immigration system. Working-class workers ⁠— overwhelmingly racialized ⁠— come with temporary status, few rights and fewer social supports. More well-off immigrants come with permanent status and settlement supports. But make no mistake: despite exclusions that burden racialized workers, both are integrating into our society and economy.

In this moment, immigrant integration and values are red herrings raised to obfuscate and distract from our collective experiences of economic insecurity. Many of us in Canada work low-waged jobs. Many of us are two paycheques away from losing our car or our house. Social services continue to be reduced in the name of austerity. We have increasing anxiety about the climate.

The real task ahead is to retool our entire economy to reduce carbon emissions, change how people work, consume and live, to pull everyone up and leave no one behind. We must confront the historic and ongoing exclusion faced by Indigenous and racialized people. The task is great. All of us are needed to work together ⁠— to unite against racism ⁠— rather than fight each other for scraps. Addressing how we’ll do that is the debate we deserve.

Syed Hussan is the coordinator of the Migrant Workers Alliance for Change and Migrant Rights Network. Fay Faraday is a labour and human rights lawyer and assistant professor at Osgoode Hall Law School.