'I just knew I was hurt:' Women testify about being hit in Edmonton van attack 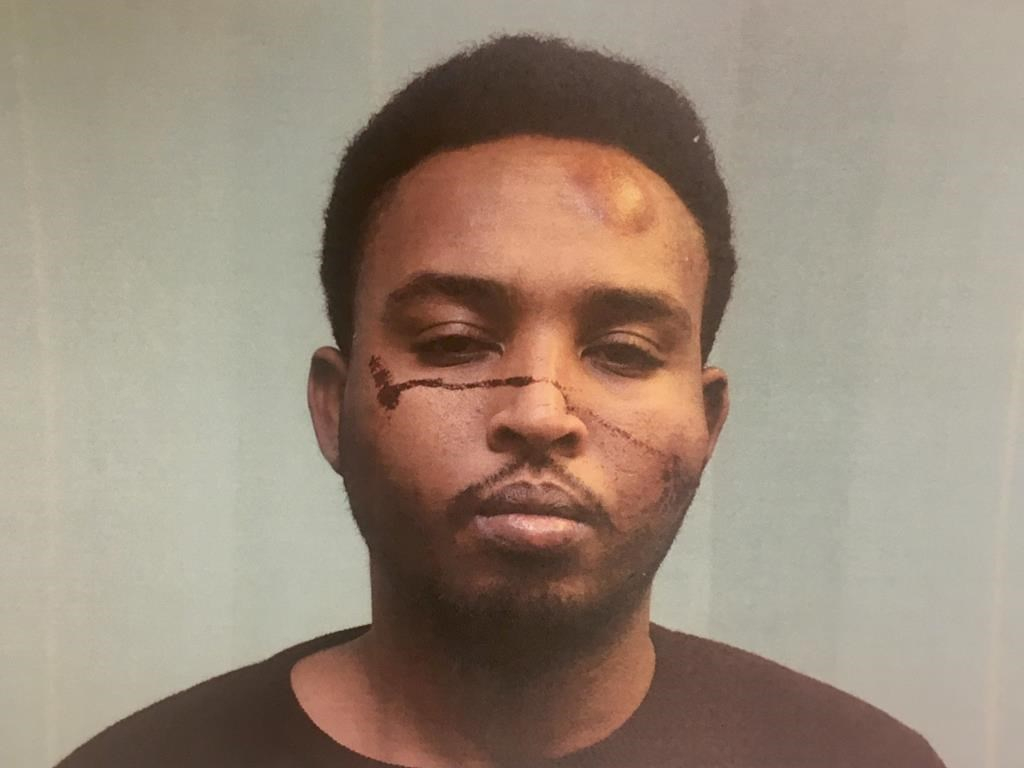 It took more than a week for Kim O'Hara to understand what happened to her.

O'Hara, one of four pedestrians struck by a speeding cube van in downtown Edmonton two years ago, testified Friday at the jury trial of Abdulahi Hasan Sharif.

She told court that she doesn't remember being hit by the van, just waking up in a hospital and not being able to understand what people were saying.

"When people were talking to me, it was like a different language, not English," O'Hara said.

She also said she didn't understand the extent of her injuries while she was in the intensive care unit for about 10 days.

"I didn't know what was wrong. I just knew I was hurt."

When she was transferred out of the ICU, people were able to communicate with her through writing. That's when her brother explained what had happened, she said.

Sharif, 32, is accused of running down and stabbing a city police officer who was on traffic duty outside an Edmonton Eskimos football game on the night of Sept. 30, 2017. A few hours later, O'Hara and three other pedestrians were struck by the driver of a rented U-Haul van.

Sharif has pleaded not guilty to 11 charges, including five counts of attempted murder.

O'Hara told court she was with friends Jordan Stewardson and Levi Wagner, who were visiting from Fort McMurray, Alta. She met the two at their downtown hotel before they all went bowling.

She said she remembers finishing their games and looking for her shoes.

"The next thing I can recall from that night was laying on a bed with bright lights and people surrounding me," O'Hara said. "Past them I could see my boyfriend ... looking very worried."

She woke up some time later in a lot of pain.

"I was ripping off whatever was attached to me," she said. "The nurses held me down and it went black."

Stewardson, who also testified Friday, said the three friends were walking downtown after they finished bowling, when she heard a loud sound and saw headlights coming toward her.

"I thought it was an ambulance at first," Stewardson said. "I was thinking why is this vehicle coming off the road? Why is it not slowing down?"

She found herself on the ground.

She was rushed to the hospital with Wagner, who was not injured. Stewardson was released the next morning with three stitches on her chin.

Stewardson told court that she still feels pain in her shoulders and knee, and suffers from post-traumatic stress disorder.

"I'm an angry person, short," she testified. "I've ruined relationships because of it. It's a constant battle every day."

Stewardson, who's an avid gym-goer, said she no longer can do her exercises properly.

"It's like a vicious circle. I get mad I can't do things at the gym," she said. "Every day I get triggers of what happened."

O'Hara said she spent a couple of weeks at a rehabilitation hospital for a broken leg and pelvis. She also had speech therapy to help her learn how to communicate again. And she has seen a psychologist.

"In the last two years, I have been struggling with anxiety, depression and many negative thoughts," she said.

"And it took me a long time to ask for help when I became suicidal."

Sharif, who is not represented by a lawyer, has declined to ask questions of any witnesses.