Why are Conservatives hanging out with a fringe Muslim cleric with dubious credentials? 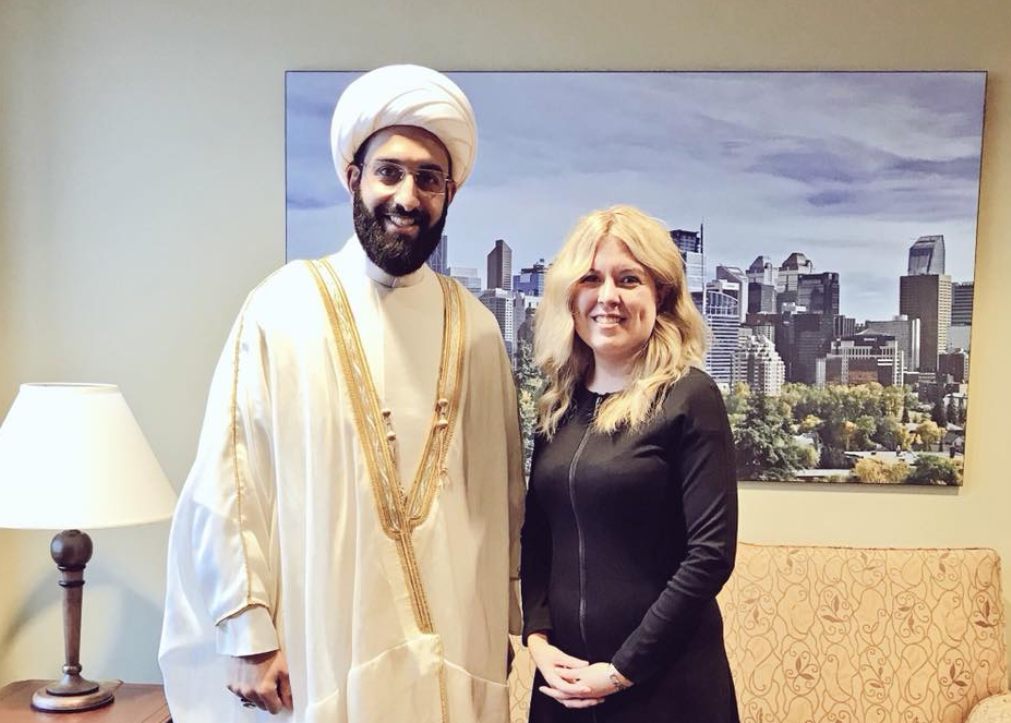 Four MPs and four senators from the Conservative party have been associating with a fringe Muslim cleric with dubious credentials who amplifies misinformation about Islamic extremism, National Observer has found.

Mohammad Tawhidi is an Australian who identifies himself as the “imam of peace,” a title that has been disputed as he isn’t affiliated with a mosque, doesn’t seem to have many Muslim followers and doesn’t have credentials he’s claimed to hold.

Though he claims to be a religious reformer and speaks out against Islamic extremism, he also spreads Islamophobic conspiracy theories about the U.S.’s first two Muslim women in Congress, Ilhan Omar and Rashida Tlaib, claiming that they have brought a terrorist agenda to Washington, D.C. He has also claimed without evidence that Muslim extremists are conspiring to “create a country” within Australia and name streets after terrorist murderers.

Those views have made Tawhidi a beloved figure in far-right circles, The Intercept reported earlier this year. And over the past two years, Tawhidi also met several Canadian Conservative party senators and MPs, both officially and unofficially, even attending the wedding of one MP, according to social media postings.

“It is well-established that this individual is not a religious scholar, but a charlatan,” Amira Elghawaby of the Canadian Anti-Hate Network said. “No individual who foments hatred by peddling in lies and stereotypes against minority communities should be given a platform, let alone be provided one by Canadian senators.”

Tawhidi didn’t respond to a request for comment from National Observer. Neither did the Conservative party.

Canadians will head to the polls for the current federal election on Oct. 21.

‘A man who has been proven to be a complete fraud’

Tawhidi, who has amassed more than half a million followers on Twitter, has been the subject of a series of investigative news reports by the Australian Broadcasting Corporation (ABC). Those reports found he didn’t have the academic credentials that he’d previously claimed, he isn’t part of a mosque and his public profile exists mainly because of his frequent media appearances, often done while wearing billowing white robes.

Mohammad Tawhidi isn’t affiliated with a mosque, has dubious credentials and amplifies false narratives about Islamic extremism. He's met with four senators and four MPs, and appears to have attended one MP's wedding. #cdnpoli #elxn43

There’s no formal training required to become an imam, but Tawhidi isn’t recognized either as an imam or a sheikh, both titles he uses, by the Australian National Imams Council or equivalents in his home country. ABC reporters also found he was the leader of a similarly named association that he formed himself.

Islam has two main sects, Shia and Sunni. Given that Tawhidi is Shia, it’s unusual that he would refer to himself as an imam: using the word to describe the spiritual leader of a mosque is a Sunni tradition. In the Shia branch of faith, imams are held to be divine leaders descended from the prophet Muhammad.

“It's worrisome to see Conservative senators embracing a man who has been proven to be a complete fraud,” Elghawaby said.

Though Tawhidi frequently comments on American politics, he also seems to visit Canada often and comment on Canadian politics. For example, he criticized M-103, a non-binding motion in the House of Commons that called on federal politicians to condemn Islamophobia, saying the anti-Muslim discrimination is a “made-up” issue.

He’s also appeared in a video for the Canadian far-right website The Rebel and in a video with former Rebel correspondent Tommy Robinson, in which he warned without evidence that Muslims are waging a “population Jihad” in the United Kingdom.

“His anti-Muslim narratives are extremely harmful and put communities in Canada and elsewhere at risk,” Elghawaby said.

Sen. David Tkachuk, who met with Tawhidi in June 2018 to discuss issues related to Iran, said he wasn’t aware of Tawhidi’s qualifications or views beyond his opposition to the Iranian regime.

At Tkachuk’s request, the Senate formally recognized Tawhidi’s visit to the chamber. Tawhidi’s website lists the gesture among his “qualifications.” In fact, such recognitions are usually not vetted: in general, the speaker will draw the Senate’s attention to a visitor at the request of the senator who received them.

“I have no relationship with him, official or unofficial, and have had no other meetings with him before or since,” Tkachuk said in an email.

Tawhidi claimed in a Facebook post to have met with Conservative MP Michelle Rempel in February 2018, and according to a Twitter post that has since been deleted, attended her May 2019 wedding. A source provided National Observer with screenshots of that deleted post, which includes a photo of Tawhidi with Rempel at what appears to be her wedding.

Rempel’s wedding happened a month after one of Tawhidi’s tweets ⁠— in which he falsely accused Omar of downplaying the 9/11 attacks ⁠— went viral, touching off a firestorm of attention that later circulated on Fox News.

National Observer sent requests for comment to the constituency offices and campaign offices of Rempel, Genuis, Sweet and O’Toole but didn’t receive a response.

Former Conservative finance minister Joe Oliver, who was also in the photo of Tawhidi and Ataullahjan, though he was out of office at the time, said he’s taken many photos with various people over the years but wasn’t aware of Tawhidi’s background. Oliver said he hadn’t spoken with Tawhidi before the photo and hasn’t spoken with him since.

“What I heard at that event was generally unobjectionable,” Oliver said. “As I recall, it was about peace and tolerance.”

Politicians who give Tawhidi a platform risk legitimizing his views, Elghawaby said. Even if they weren’t aware of Tawhidi’s past statements beforehand, office-holders should know better, and vet people properly before meeting with them, she said.

“This is harmful to Canada's ongoing and laudable efforts to create inclusive, cohesive communities which strengthen our nation.”

Either right wing bigots? or

Either right wing bigots? or lethally naive and desperate for media attention and credibility?

Right wing nonsense is obviously matched by right wing gullibility.....why is it so difficult for these folks to do the background checks you'd think would be automatic, before they jump into bed with someone who isn't what he claims to be.

As if Islamic people haven't suffered enough at the hands of the hate mongers...they now have to enjoy the sight of a false prophet (quite literally) being vetted by conservative politicians, and media outlets like Rebel and Fox, who have questionable relationships to truth in general........

But certainly can't claim to be free of Islamophobia. Shameful, but a clever way of appearing tolerant while continuing to fuel fear.

One question: Where was our MSM as all of this unfolded?

How is this fellow funded?

How is this fellow funded? No mosque = no congregation. Is there a donation button on his website?

Shouldn't come as any

Shouldn't come as any surprise.

The Cons already have a leader with fake credentials.
They also have a fake climate plan.
So a fake sheikh is just more of the same.